Ghost Announces New EP: If You Have Ghost 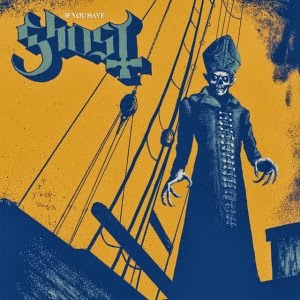 Ghost has announced a new EP that will be released next month.

Whether it was the release of their latest full length album, Infestissumam, or having a burger named after them that stirred up some big controversy…it’s been a rather big year for Sweden’s Ghost. To close out the year in style, though, Ghost has announced a new EP. This EP, If You Have Ghost, will be released on November 11. The EP is comprised of a few covers along with a live version of “Secular Haze.” In addition, the artwork for it is amazing. Ghost and Nosferatu is a rather nice fit if I do say so myself (look below for the full artwork). The EP was also produced by the one and only Dave Grohl so that’s pretty cool.

You can preorder the EP here