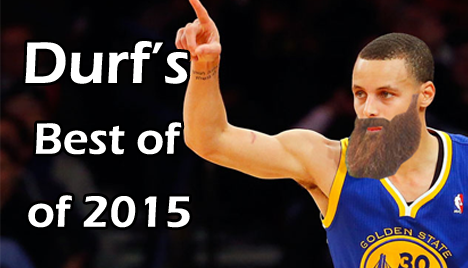 The only thing more taxing than winning the NBA Championship is growing a sweet-ass beard and coming to terms with this year's amazing releases.


Another year in the books, and what a pretty solid year it's been.  Personally, it's been a wonderfully fulfilling year, as the Durfette and I got married and settled into the domestic bliss that is Sunday brunch home brewing.  Musically, it's been another year of outstanding releases and phenomenal concerts.  Unsurprisingly, the deeper one goes into this rabbit hole of heavy music, the more there is to sift through and enjoy, and the good news is that this cornucopia of options means its easier than ever before to find music that you fall in love with and play repeatedly.  The bad news is that sometimes you miss things.  As I began putting my year end list together, there are a number of albums that could potentially be here, had I not discovered them only recently - Horrendous' Anareta, Tribulation's The Children of the Night, Sunn O)))'s wonderful Kannon, Baroness' Purple - and I must admit, the lack of a complete encapsulation of the year is bothering me more this year than it ever has in years past.


That feeling of missing things intensified when I started seeing other year end lists pop up, featuring albums that I liked, but didn't necessarily love; Crypt Sermon's Out of the Garden, Mgla's Exercises in Futility, Leviathan's Scar Sighted, and Ghost's Meliora are four albums that I liked a lot, but didn't love.  As I kept working on my Top Albums list, I couldn't quite shake the sense that I was reaching, that maybe in some misguided attempt to not miss anything, I was overstating how much I actually enjoyed or thought of some albums.  So I went back to my last three years of year end lists to see how many of those albums I still listen to regularly, and came back with a whopping third.  15 out of 45 albums, which makes sense when I think about all the music that came out before the last three years, as well as all the music continually coming out that I enjoy listening to.  So I looked at my list, and then I deleted it, and began thinking of what albums from this year I loved, and listened to repeatedly, and sang along to, and told everyone I know to listen to.  In the end, while there were quite a few records I really, really liked this year, there were only six that I love enough to call my Top Albums of the Year. 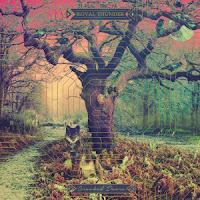 One of the poppiest, most well-written metal albums in recent years, Crooked Doors features painfully intimate lyrics over music that threatens to annihilate any sort of genre barriers trying to contain it.  Vocalist Mlny Parsonz - who a friend described as "sounding like Stevie Nicks channeling Layne Staley" - is an absolute revelation, deftly moving from slow croon to blistering shout throughout the album, and always nailing it (while also laying down some pretty nice bass lines).  Guitarists Josh Weaver and Will Fiore prove equally versatile 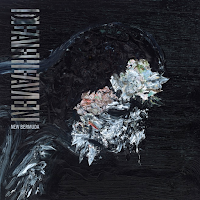 Enough digital ink has been spilled on this album.  Listen to it or don't; I don't care, but it's your loss if you choose the latter.

Favorite Songs: "Brought to the Water," "Gifts For the Earth" 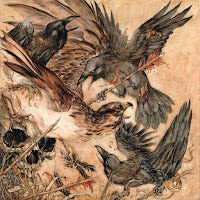 If the songs on rock radio sounded more like the seven tracks Valkyrie put down on Shadows, the world - or at the very least my commute - would be a better place.  From the bludgeoning riff of opener "Mountain Stomp," to the very welcome guitar solos in "Temple" and "Carry On," Valkyrie is never afraid to slow it down, speed it up, get fuzzy or distorted, or anything else, so long as it rocks.  On Shadows, Valkyrie sounds like Thin Lizzy by way of Leviathan-era Mastodon, and the result is truly great.  If you like rock n' roll, or metal, or just guitars, you'll dig this one.


3. Between the Buried and Me - Coma Ecliptic 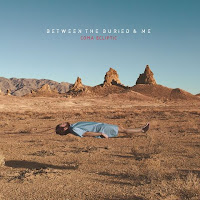 Ever since releasing the landmark Colors eight years ago, Between the Buried and Me has seemed to stagnate a bit.  This isn't to say their music suffered, mind you; The Great Misdirect, and Parallax 1 and II are three great to phenomenal albums, but they all exist within the framework Colors established (while stretching that frame as far as it can possibly go).  With Coma Ecliptic, it feels like the band has once again stepped out into unknown territory, and the result is thrilling.  Coma Ecliptic has poppier sensibilities than its predecessors, and is tightened to perfection; no song crosses the ten-minute mark, making every wonky prog breakdown or keyboard interlude feel necessary and important, no matter from how far out of left field it seems to come.  Also helping are some of the best lyrics the band has written, as well as an increased bombast in their presentation.  Coma Ecliptic is as rich and full an album as any you'll find, progressive, metal, or otherwise.

Favorite Songs: "The Coma Machine," "Turn On the Darkness" 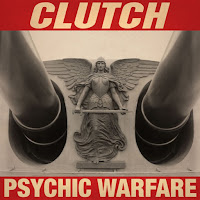 When I first listened to Psychic Warfare, I went to the internet to look up Clutch and see if anything had happened to the band in the past few years that would explain just how reenergized and alive they sounded.  I struck out, but it's almost better that way; Psychic Warfare is the best Clutch album in at least a decade or so, finding that perfect sweet spot of pure rock fury, blues, and stoner grooves  that the band has never been lacking, but hasn't always hit this consistently.  "X-Ray Visions" is a burner of an opener, "Our Lady of Electric Light" is a rock n' roll dirge, and "A Quick Death in Texas" is a twangy tale of what happens when you sleep with the wrong woman.  And while musically the band is as on-point as they've ever been, the star of the show remains Neil Fallon, for my money the greatest vocalist working in rock or metal right now, and one of the genre's all-time best.

Favorite Songs: "Son of Virginia," "A Quick Death in Texas" 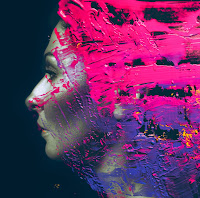 A stunning, engaging masterpiece in every sense of the word, Hand.Cannot.Erase finds Steven Wilson crafting a concept album about loneliness and isolation in the modern world.  While other albums have managed to serve as a mirror to a moment in time, Hand.Cannot.Erase is the first album I've found that reflects life itself in the 21st century, as we are all far more connected than we've ever been while simultaneously drifting further and further apart.  It's a lofty statement, and in the hands of a lesser artist it may come across as preachy, condescending, or pretentious, but Wilson nails it.  The music runs the spectrum from mournful ballads ("Routine," "Happy Returns") to love songs ("Hand.Cannot.Erase," "Perfect Life") to intense progressive rock nightmares ("Ancestral"), all while fitting together into a cohesive album that represents the very best the format has to offer.  Hand.Cannot.Erase is one of the very best concept albums I've ever experienced, and Steven Wilson continues to be one of my favorite songwriters and musicians working today.  Please listen to this album; I really do think you'll like it.

The slowest, sludgiest track from Valkyrie's excellent Shadows, "Wintry Plains" manages to up the doom factor of the band without sacrificing any of the energy or urgency that makes the album so good.

5. Hope Drone - "The Chords the Thrum Beneath the Earth"

Hope Drone is a black metal band from Australia, and their debut album Cloak of Ash gives a lot of evidence as to why we should all still be excited about black metal in a post-Altar of Plagues world.  Nowhere is that more evident than on "The Chords That Thrum Beneath the Earth," a song that begins slowly, bringing to mind the titular chords, before building to a raging black metal fire throughout.  Ambient black metal is always going to have its detractors, but Hope Drone shows the genre can still be great.

4. Uncle Acid... - "Melody Lane"
From the opening organ note, "Melody Lane" is an unsettling affair, with its fuzzed out riffs and stalker-focused lyrics carving out a permanent nook in your subconscious.  Good luck getting it out, specifically that main riff.


2. Steven Wilson - "Ancestral."
The best song from the best album of the year, "Ancestral" packs its thirteen-plus minutes with catharsis, longing, and all the musical wizardry you'd expect from a Steven Wilson jam.

1. Royal Thunder - "Time Machine"
Mixing the painful agony of seeming defeat with the sweet revenge of breaking free, "Time Machine" is Royal Thunder at their very best.  Mlny Parsonz' vocals seethe and soar amidst her bandmates constant, hypnotic build, and in the last third of the song, when everything comes crashing down, it's impossible not to get goosebumps.

5. Decibel Magazine Tour at House of Blues - Crossed Pallbearer and Converge off my concert bucket list, plus was blown away by Vallenfyre, and it was great to see At the Gates again.

4. Yob at Thalia Hall - Talking to Mike Scheidt beforehand was great, but then YOB put on an absolutely mesmerizing performance.  I keep forgetting that Enslaved was the *actual* headliner because I don't really remember anything from this show other than YOB crushing it.

3. Steven Wilson at Park West - Steven Wilson makes the amazing seem routine.  Any other year, this concert would have been my favorite show of the year, hands down.  "Ancestral," "The Watchmaker," "Harmony Korine," and the revamped version of "Index" were highlights.

2. Neurosis at Thalia Hall - There are gods that walk among mere humans, and they are the members of Neurosis.  Another bucket list show for me, getting to hear "Through Silver in Blood" and "At the Well" was an absolutely surreal, life-affirming experience.  Oh, and Mick and I met Steve Von Till.

1. Foo Fighters at Wrigley Field - Four months later, everything I said here still stands.  I honestly don't know if I'll ever have another concert-going experience like it.


So that was my year.  Six albums, six songs, and five concerts that I enjoyed for various reasons over (almost) 365 days.  Share your thoughts and opinions (and insults, if you must) in the comments section, and then go have a safe and happy holiday season.  See you back here in January when I start running through all the stuff I missed this year.

- Durf
Posted by Brutalitopia at 8:00 AM