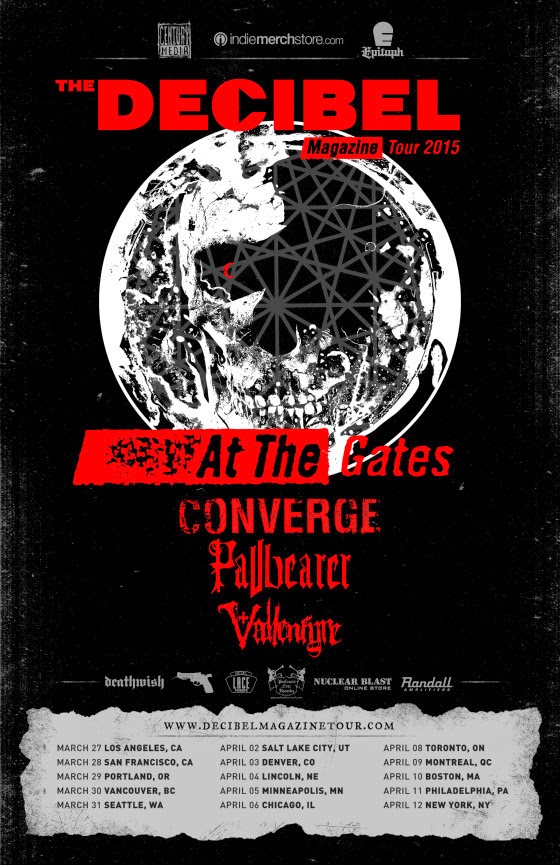 Sometime in the past few weeks (my perspective on time is supremely disjointed right now), Mick and I headed down to Chicago's House of Blues for the 2015 iteration of the Decibel Magazine Tour.  This tour always has some serious band power, but seems to always hit Chicago on the Durfette's birthday, so this was my first year attending.  Thankfully, the bill was as great as I could have asked for: Vallenfyre, Pallbearer, Converge, and At the Gates.  For those keeping track at home, that's one stellar up and coming metal band, two of my personal bucket list bands, and one of the most important bands in metal history.  Needless to say, excitement and expectations were pretty high as Mick and I settled into our spots, ice cold Dale's Pale Ales in hand to prepare for some metal.

Vallenfyre lead off the evening, and immediately set the tone.  I'd only listened to the UK band's second album Splinters once or twice, and while I enjoyed it, I also immediately got distracted by someone else.  This set reminded me to remedy that mistake ASAP, because Vallenfyre was fantastic.  Sludgy, furious riffs with roaring vocals made watching Vallenfyre akin to watching a thunderstorm in slow motion.  To be completely honest though, much like my listening experience with Splinters, I was a bit preoccupied with waiting for the bands to come... 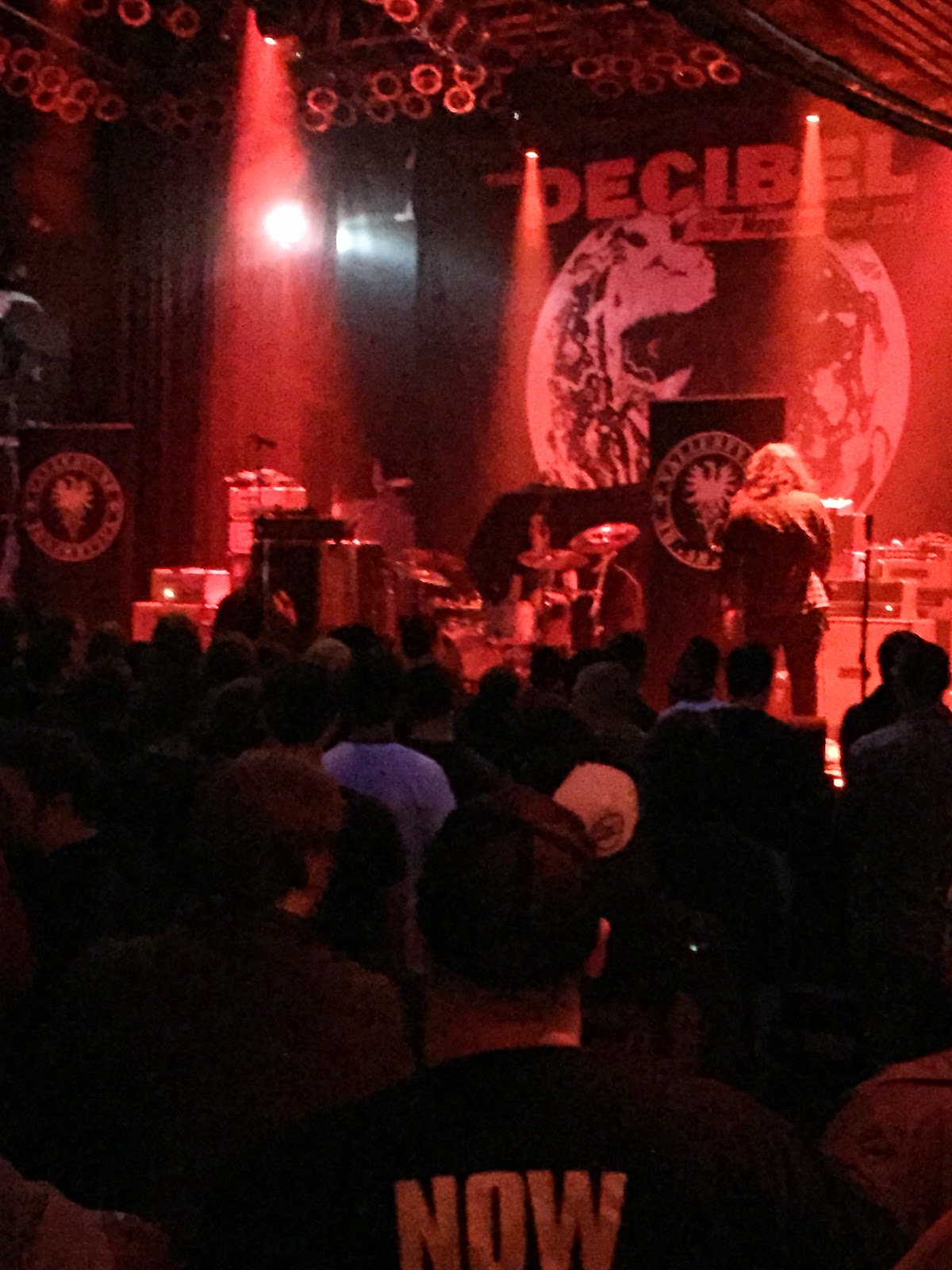 ...especially Pallbearer.  I've loved this band since the release of Sorrow and Extinction a few years ago, and last year's Foundations of Burden did nothing to temper those feelings.  This was my first time seeing the band, and they did not disappoint.  Opening with "Worlds Apart," the first song from Foundations of Burden, the band showcased a tremendous ability to recreate the bombastic doom sound from the record, complete with Brett Campbell's soaring, range-defying vocals, and that ability stuck around for the entire set.  Pallbearer only got three songs, but when three songs A) cover thirty minutes, and B) round off with "Foundations" and "Foreigner" (from Sorrow and Extinction), it makes for a pretty perfect set. If three long doom songs aren't really your cup of tea (for whatever reason), Decibel had you covered, because following Pallbearer was the mighty Converge.  I've wanted to see Converge for so long that it honestly was beginning to feel like I never would.  And when it finally happened... goddamn.  Converge brought more energy and pure joy to performing live than any band I've ever seen, save Dillinger Escape Plan... and as the show went on, I realized the two are neck and neck.  Jacob Bannon ran around the stage like a maniac, never missing a beat while screaming his lungs out.  Converge covered a sizable amount of their nearly two-decade discography, but the unmistakable highlight of the evening was "Jane Doe" as the closing track.  Jane Doe was my first Converge album, and still holds up as my favorite; getting to hear the title track while finally seeing Converge for the first time was as perfect a show as could be. 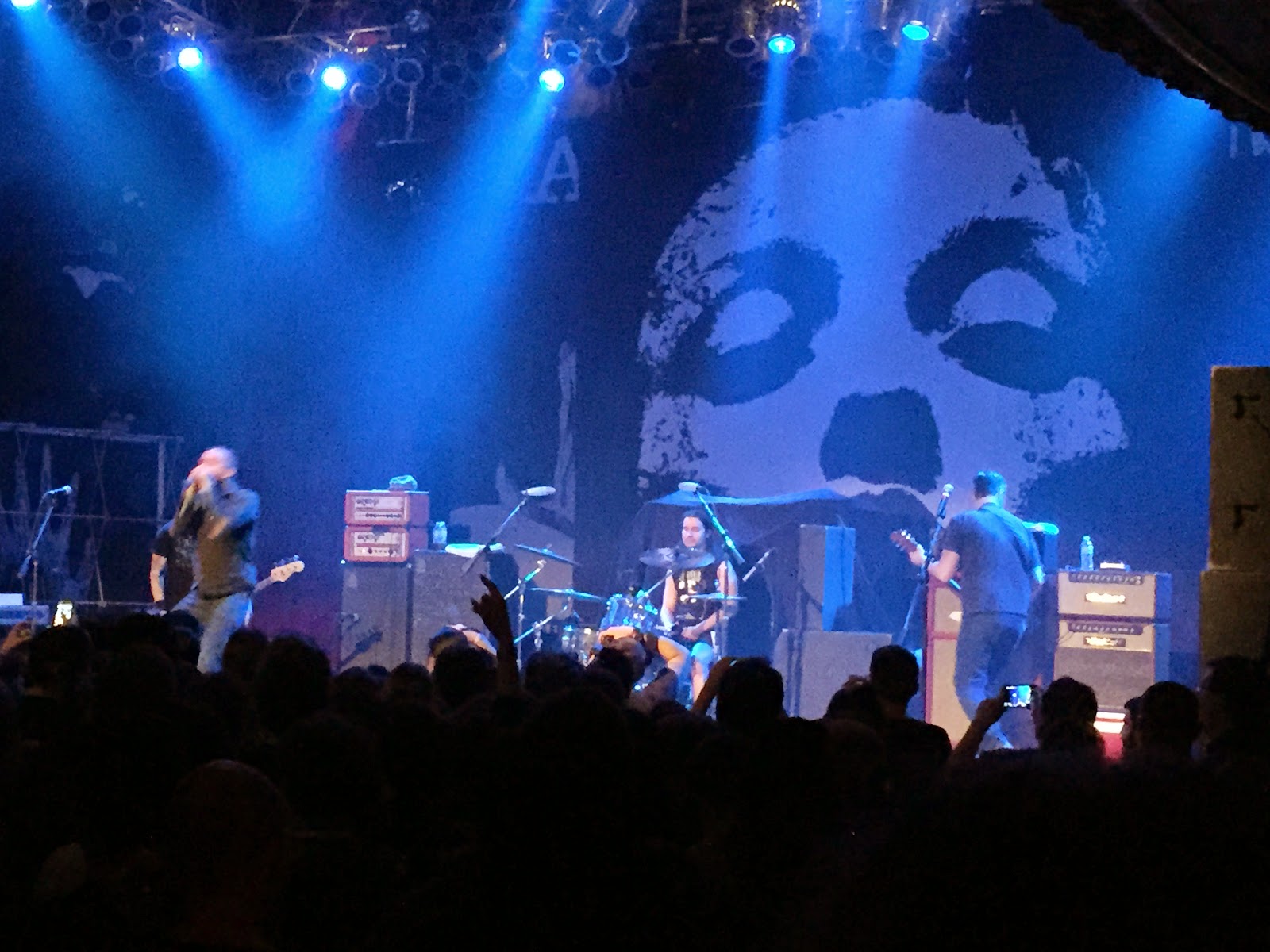 Last, but certainly not least, was the mighty At the Gates.  I saw AtG at Maryland Deathfest last year, and they blew me away.  I was way, way late to the party on these guys, really only getting into them at Jack's insistence in preparation for MDF, but I love the melodic death metal that they were so instrumental in helping create.  So to see these guys twice in the span of a year was incredible.  Their set was pretty evenly split between their classic Slaughter of the Soul and last year's comeback effort At War With Reality, and the band was clearly on board with playing anything and everything on their set list.  The highlight for me, easily was the one-two punch of "Terminal Spirit Disease" and "Raped by the Light of Christ" about halfway through the set.  I'll always feel like I missed out on something by discovering At the Gates so late, but after seeing them twice, I feel like I'm starting to make up for lost time. 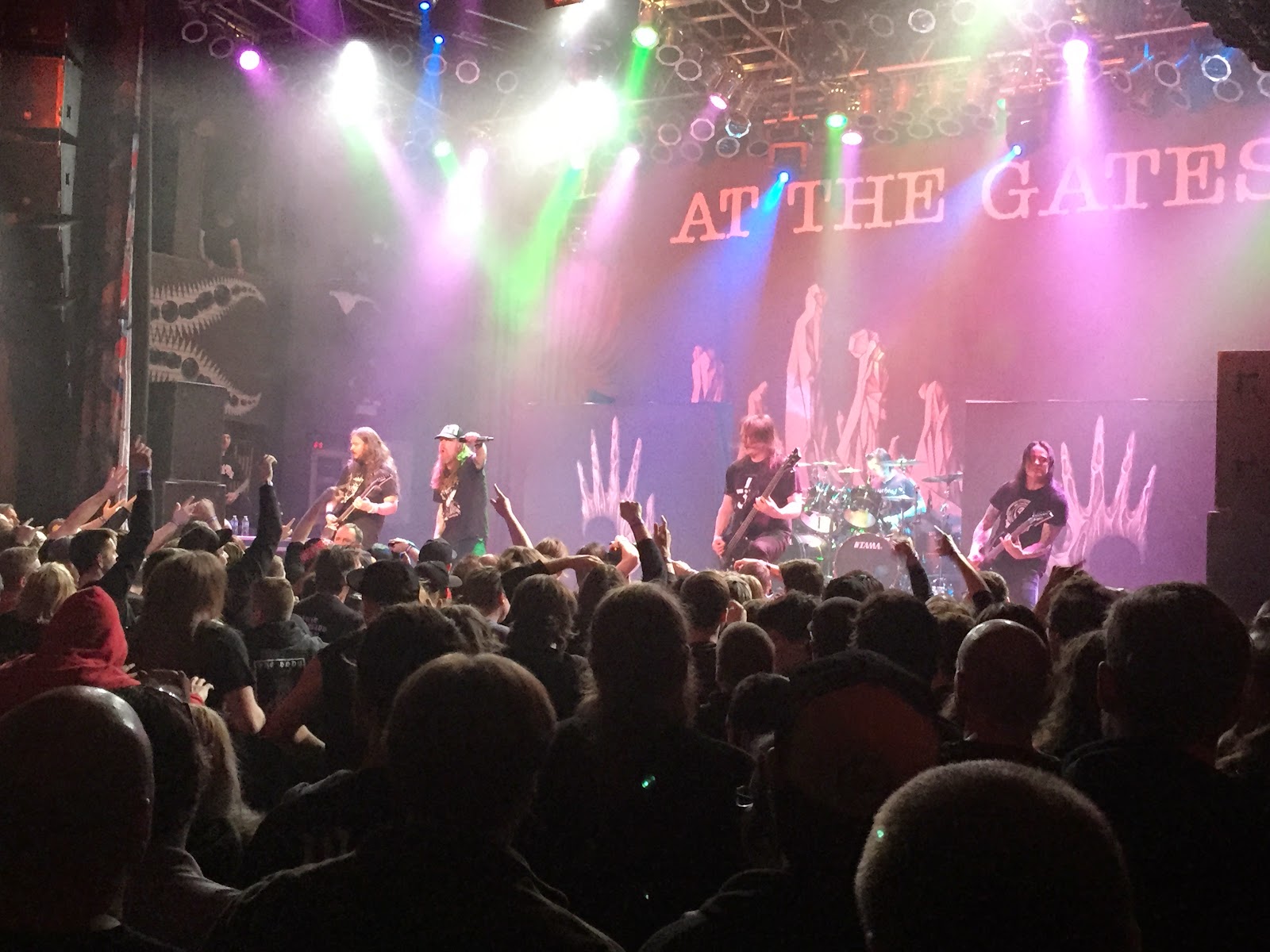 All things considered, the 2015 iteration of the Decibel Magazine Tour was a raging success.  When I think back on the show, I can't really think of a weak spot; Vallenfyre, Pallbearer, Converge, and At the Gates all put on incredible sets, everyone seemed stoked to be there, and the crowd was super into every band, which is a pretty great sight to see.  If I had one critique about the night - and this is being really, really asinine - it's that while each band on the bill put on a great show, the only band that really sticks out to me a couple of weeks later is Converge.  Maybe it's just the nature of their set, or the energy they bring, but goddamn, that band was just fucking unfathomably good live.  Again, that's less of a critique than it is more affirmation of how good Converge is in concert.  As a whole, Decibel continues to put out the best, most consistent "group" tours in metal.  At this point, you know that the DMT is going to feature great bands performing great sets, making it the surest thing in heavy music.  In a time when Ozzfest is rapidly becoming a distant memory, and Mayhem Fest has added a Victory Records Stage, quality heavy metal tours of this caliber are hard to find.  Thank Dio for Decibel, and I can't wait for 2016.