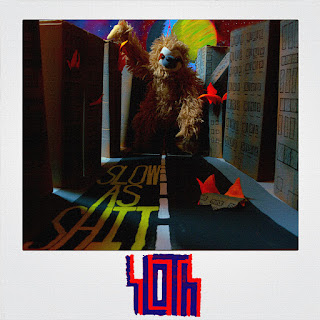 Sloth is a one man project by Blake Caverly, and while I'm always impressed by one man projects, Slow as Shit approaches the upper echelon of the movement. Slow as Shit doesn't quite live up to its moniker; while Sloth isn't going to be mistaken for a thrash band anytime soon, the six tracks on Slow as Shit trend closer to "groovy stoner jam band" than outright sludge, as though Earth were playing Bonnaroo... which makes it all the more impressive that everything you're hearing is coming from Caverly. "Green Sunrise" features an infectiously fun riff that's been stuck in my head for days... It's not often that you think of sludge as a fun genre, but in Slow as Shit (and Sloth in general), Caverly has found the perfect combination of down-tuned, fuzzed out riffage and summertime barbecue dance party. Slow as Shit is the rare sludge/doom album that's as fun as it is morose, able to be enjoyed at any point in time. 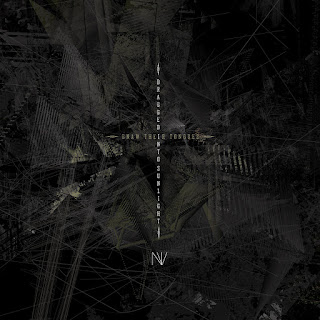 One of the strongest things about art is its ability to make people truly uncomfortable. True discomfort makes you look inward, to ask yourself what about this piece makes you feel this way and why; I would say that being made to be truly uncomfortable by something is a much stronger catalyst for personal change and growth than any reaffirmation of positivity.With the proper explanation and set up, it can lead to pensive intropesction and self-discovery; without it, you just gag.  Dragged Into Sunlight has never shied away from discomfort, instead running full into the darkness and depravity of humanity and looking to echo those sentiments in their music.  Now comes N.V., a collaboration with Gnaw Their Tongues, and as you've probably surmised by now, it's a fairly dark, discomforting affair.  N.V. is a bleak affair, with voice over samples chronicling murder and rape in fairly despicably graphic fashion.  The music is wonderfully grim, and the vocals (no luck on the lyrics, as DiS keeps those secret) add as muderous passion to the prcedings, and all in all N.V. is absolutely the soundtrack of our modern world, where people don't care about each other and strangers murder strangers out of love or lust or ideology or boredom.  Dragged Into Sunlight and Gnaw Their Tongues have crafted a diseased album that is reflective of our times; it may not always be fun to listen to, but acknowledging the sickness is better than sticking your head in the sand. 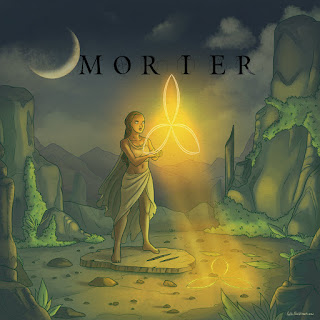 Morrier is a progressive instrumental trio from Atlanta. Hitting on progressive metal tropes that bring to mind many of the progressive metal greats, their second album, Two, brings sounds that should be welcome to any and all ear canals. Through the heavy use of bright technical guitar soloing, synthesized backdrops, and varied transitions, it wouldn’t be a stretch at all to compare their sound to the majestic nature of a band like Dream Theater (best represented by the track “Throes of the Confederation”). However, this is only one half of Two’s dual nature. In addition to its progressive quirkiness, Morrier brings a heaviness  to the album that is extremely riff-centric. Double bass drum blasts and guitar riffs blast by relentlessly, giving Two a gritty edge as well. “When the Levee Breaks” best captures this palpable heaviness that, at times, is reminiscent of a band like Gojira. It’s an album that is clearly influenced by many different bands and styles but doesn’t drown in those influences. Wherever it may be pulling from, Morrier makes sure that the sound remains cohesive and interesting. The keyboards/synthesizers can try to stand up on their own a little too much at times, but overall they are the life-force of Two that ties everything together. For as tight, technical and diverse as the playing can be, Two is an easy listen that I couldn’t recommend enough. 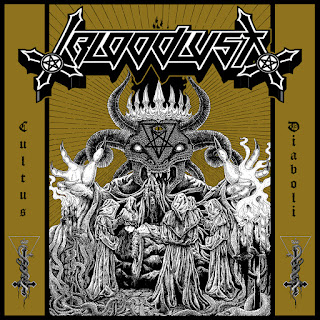 Blackened thrash is the name of the game for Australian trio Bloodlust. If you were charging into an epic battle in the name of Satan, then Cultus Diaboli, the band’s first full-length, is the perfect soundtrack. It’s an album that, much like actual warfare, runs purely on adrenaline and isn’t familiar with the concept of slowing down until the bitter end. In-line with black-metal progenitors Venom and Bathory, Bloodlust's aesthetic is anything but subtle. Every riff, solo, drum beat, and visceral scream perpetuates an overt evilness; one that becomes downright infectious throughout the album's 8 track duration. The album's thrash elements, however, prevent this from being a scary kind of evil and make it more of a fun kind of evil. There's no special distortion to speak of that the band harnesses to make Cultus Diaboli sound like anything other than an 80's thrash album. Yet, I wouldn't have it any other way. This in combination with catchy shouted choruses, tracks like "Apocalyptic War Command" and "Iron Tyrants" ensure that Cults Diaboli is an album whose energy alone would be enough to justify giving it a listen. 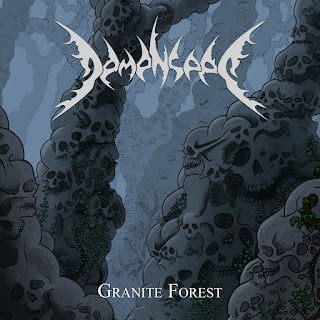 Hailing from Grenoble, France, Demenseed is a death metal outfit that tip-toes around thrash and progressive metal as well. With Granite Forest, the band’s sophomore effort, the band is found to lean more towards their death and thrash metal tendencies. Tracks like “Primal Swamp” and “The Witchfinder” dish out plenty of brooding riffs that weave back and forth between pummeling death metal and melodic thrashy riffs that chug along at an almost Bolt Thrower-like pace. In addition, the vocals from the aforementioned tracks sound like a slower version of Decapitated. This vocal formula remains steadfast with the exception of the track “The Shores of Styx”, where it goes into Chris Barnes territory. The final track, which also happens to be the title track, is ultimately where the big payoff is for Granite Forest, though. While I would maintain that this album, as a whole, is not a progressive one, the title track is where Demenseed mixes it up from the status quo. Harmonized guitar riffs, clean guitar passages, spoken word vocals, and mellotrons are brought into the fold to create distinct shifts in the song’s structure over its 17 minute runtime. Granite Forest doesn’t necessarily bring anything new to the table, but it’s straightforward enough to be easily digestible. Throw that together with a fun closing track and you have an album that’s certainly worthwhile.