You know, when March started and I found myself with a second kid and a scheduled vasectomy and a work schedule approaching 55 or more hours a week, I said to myself "You can do this."  And, shockingly, by and large I've managed to, in fact, do this.  I'm pretty proud of myself, except now is the part where I say that of all the things I thought would drop from these posts over the last month, the last one I expected was this little blurb up top.  I figured I'd always have something to say, always want to shoot my mouth off about something, but that hasn't been the case.  These entry paragraphs have, in fact, been the absolute hardest part of this whole endeavor, and I woke up at 2am three times this week because I had to be at work early and still wanted to lift.  It's crazy how that happens.  And so, in the vein of cutting myself some slack, I hereby declare the intro paragraph over, and the music paragraphs beginning.  Onward! 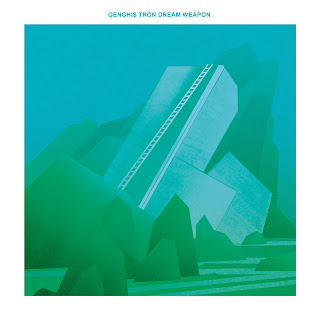 I'll be completely honest, when Mick messaged me in a tizzy about a new Genghis Tron album - thirteen years after their last - I was nonplussed.  It's not that I didn't like Board Up the House, but I definitely didn't embrace it the way other people (Mick) did.  So hearing about Dream Weapon was just putting another album on my list of albums to listen to.  Actually hearing Dream Weapon, however, was a different story.  This album is a banger, but not in a way that you would think.  Dreamy and poppy while still being riff-filled and energetic, Dream Weapon is a very exciting listen, and honestly, I vastly prefer this sound of Genghis Tron.  If you want to check out someone else's (Mick's) more coherent thoughts on the album, as well as more of a perspective on the band's shifting sound, here ya go.  Dream Weapon came out last Friday on Relapse 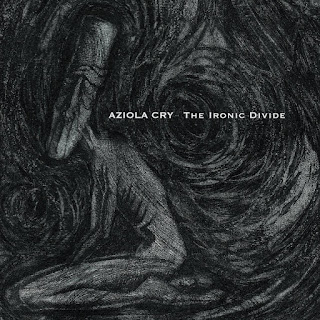 Some words just join together into phrases or clauses so wonderfully perfect that it is impossible to hear or read them without a smile crossing your face.  Words like "Beer, shot, and taco, $6."  Or "Rush Limbaugh dead of cancer."  Or "Chicago-based instrumental band."  Maybe that last one is just me, but there's something about vocal-less bands coming out of the Windy City that just revs me up (it's probably the pedigree: Pelican, Bongripper, Russian Circles...).  Aziola Cry is a band that somehow escaped my radar during my time in Chicago, despite The Ironic Divide being their first album in nearly fourteen years.  But whatever; I missed them before, I'm making up for lost time now.  The Ironic Divide is a tremendous album, heavy and riffing and jazzy and proggy without feeling overstuffed or wanky or ridiculous.  The twenty-one minute title track never once overstays its welcome or gives signs of boredom or weariness, it just continues to twist and move and groove along, continually jamming all the way home.  The Ironic Divide is out now, and I've already listened to it four or five more times since this initial listen.  Go check it out. 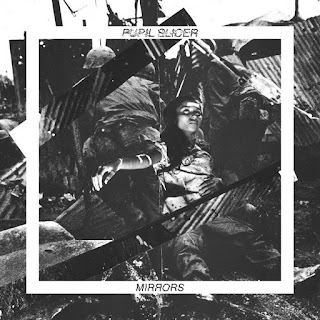 First off, I'm not sure any band name before has caused me to have such a visceral, physical reaction as Pupil Slicer.  I can barely type it without wincing; that is some nasty, nasty shit right there, and I'll admit to having put off listening to Mirrors for at least a couple of weeks because the name caused me such discomfort.  But I got past it, and lucky for me I grew a pair because Mirrors is a frantic, chaotic, violent exercise in insanity that it defies easy categorizing and begs for multiple listens.  Not to get all sappy on you, but Mirrors is the exact type of album I was looking for when I set out on this weekly liftsening endeavor: something that on first glance is not my thing, on second glance doesn’t seem to be in my wheelhouse, but then gets listened to anyway under the name of music discovery and gainz. What was initially delayed because of a squeamish stomach ended up being one of my favorite albums of the year so far, workout or otherwise. Mirrors was released March 12th; don't make my mistake and put off listening to this monster one second longer than you must. 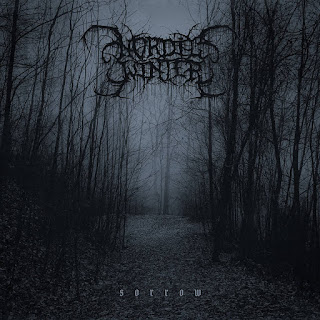 I have a very odd relationship with depressive black metal, in that when I'm in the mood for it I enjoy it tremendously while also feeling extremely guilty, as though I'm vacationing in someone else's pain and suffering.  It doesn't make a lot of sense; obviously this music has been released to the world to be heard, and surely there is nothing wrong with getting catharsis from a work of art.  I also don't have this issue with any other genre; I don't listen to "Given to the Grave" and wonder if it's weird that I'm getting the feels during this song about the end of a life.  There's just something so painfully intimate about depressive black metal when its done right, a sense of all-encompassing sorrow that makes wonder whether or not I should be enjoying the music or messaging strangers in a band and asking them if they're ok.  Anyway, that's what was on my mind during Sorrow, which is a tremendous depressive black metal album from a band, Nordicwinter, that is hitting high marks for quality and quantity this past year.  The music is grim, cold, and foreboding, and I love it so much (while simultaneously feeling guilty).  Sorrow came out March 26th. 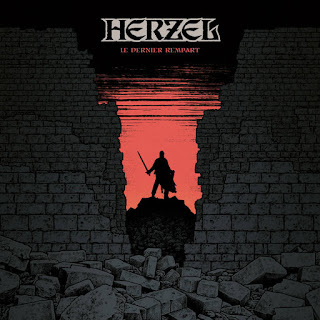 Having been viciously ripped from my comfort zone by Pupil Slicer days earlier, I started to wonder if maybe another bridge was ready to be crossed, another kingdom to be conquered, another unicorn bronco to be broken... Have I reached the point where I am ready to embrace power metal???

No.  No, no I am not.  I can absolutely appreciate the incredible talent on display in Herzel, and I can also see that the band writes a mean song, but it's just not my jam.  Much like Atlanta or the films of Wes Anderson, I can see that the creative spirits behind the endeavor are far more talented than I will ever be, but their creation just doesn't quite do it for me.  But if you happen to enjoy power metal, then check out Le Dernier Rempart, because I think you'll dig it.  Le Dernier Rempart came out March 19th, making this (I think) the first DWW where I didn't listen to anything before it came out.  Weird, but not as weird as my conflicting emotions about depressive black metal.

And there's the week!  I realized the other day that I've been slacking a little on the "Former Durf's Weekly Workout Albums Out Today" part of these posts, and hopefully I'll be able to get back to that as I continue adjusting to the new normal of two children.  But for now all you get is this non-apology explanation.  Have a great week!
- Durf
Posted by Brutalitopia at 9:30 AM