I got my first Covid vaccine on Saturday.  My arm hurt for like a day after, and that was it.  I feel super lucky to have had access to it, and I highly recommend everyone get it when they get the chance.  It feels like for the first time in forever, we’re closer to the end of this thing than the beginning.  There’s still work to be done, and we aren’t out of the woods yet, but for the first time in a year, I can actually picture myself in a record store or at a concert, and that ain’t nothing.  On to the music! 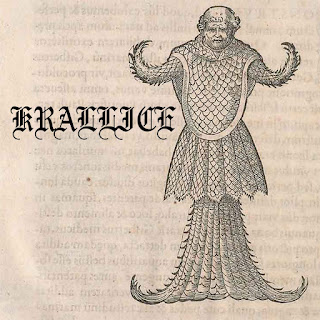 When I listened to Diotima for a workout, I commented about how Krallice just keeps surprise dropping new albums, and I keep missing them.  Well not this time!  Demonic Wealth was dropped a couple weeks ago, and even though it took me a minute, I jumped at the chance to hear new music from the band.  The album is sort of weird, and definitely a change of pace, which means it is 100% a Krallice album.  In the band's chapter in USBM (which I really want to review but can't seem to find the time to do so for some reason), one of the band members says that going forward they just want to smoke more weed and make more music (I’m paraphrasing, because the book is inaccessible to me at the moment).  Well, if efforts like Demonic Wealth are the result, then I hope the band keeps toking up and hitting record, because what they’re doing is genuinely amazing.  Demonic Wealth is out now, and is absolutely worth listening to. 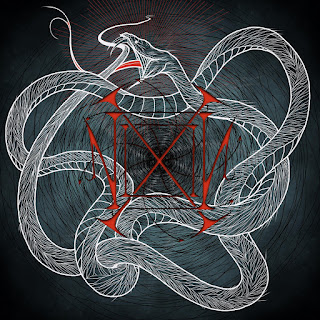 All Knots Untied is the debut album from Baltimore’s Nixil, and it is chock full of all the blackened, deathy goodness you need on a leg day (or anytime, really).  Nixil’s bandcamp describes them as being “always anticosmic, always antifascist,” one of which I can get behind completely, the other I have no real feelings on, but is cool if that’s what they want to be about as a band (write whatever kind of music you want, hang fascists from lightpoles, if you needed me to clarify).  The riffs are bludgeoning, and the atmosphere is dense (and decidedly earth-bound); All Knots Untied is a terrific debut, and Nixil is definitely a band to keep an eye on moving forward.  All Knots Untied came out March 5th. 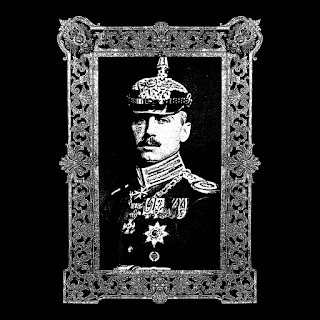 Prussian Blood is a raw, aggressive slab of bleak, productionless black metal that hits cold and quick as a Chicago ice storm.  Somme has crafted an exceptional entry in the genre, and while I often prefer my black metal a little more atmospheric with a little more production, I really did enjoy Prussian Blood as a soundtrack to the day’s lift.  It’s a short listen, closer to an EP than a full length, but it’s packed with enough blasting drums and shrieking riffs to leave you satisfied.  Prussian Blood came out March 15th. 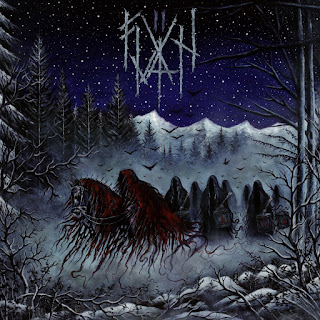 Fuath is the side project of Saor mastermind Andy Marshall, and II is the first album by the band I've encountered (going out on a limb, I'm guessing it's the second album done under the name).  Fuath, like Saor, plays atmospheric black metal, but there's less Gaelic flair in this project, taking its inspiration instead from early 90s black metal.  So while there's plenty of reasons to like both projects, your feelings on music that feels influenced by the Scottish Highlands will probably determine which you truly prefer.  But it never hurts to listen to more music, so listen to both!  II came out last Friday via Season of Mist.

Fossilization - He Whose Name Was Long Forgotten 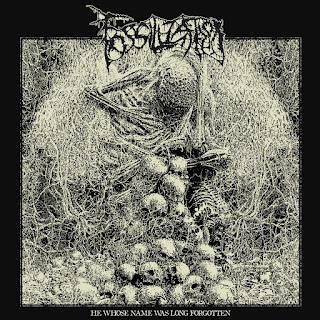 Wow, talk about a great week for debut albums.  Brutal, grimy death metal that feels incredibly inspired by Gorguts, He Whose Name Was Long Forgotten is an excitedly welcome return to the earthbound muck from whence it came in a genre that feels to be rapidly heading for the cosmos.  The debut EP from newly created Fossilization, the album clocks in at under a half hour, so it got a couple of spins during my workout, but it packs its runtime with plenty of riffs caked in a gloomy, murky atmosphere.  This is one of those albums that makes the dirt you missed when sweeping out the garage seem to come alive with the intention of strangling you during your last set of the morning.  This is a staggeringly impressive debut, and I can’t wait to see what Fossilization has in store going forward.  He whose Name Was Long Forgotten came out March 8th on Everlasting Spew.


And there’s the week.  Keep lifting, keep reading, and I’ll see you next week.