I've mentioned before that I work out in my garage, but that hasn't always been the case.  Before COVID, I went to a small, local gym about fifteen minutes from my house.  When I started working out at home in earnest and cancelled my membership, I was concerned that my workouts would suffer, and fortunately that hasn't really been the case at all.  Part of that is undoubtedly that I'm paying a far more attention to what I'm eating and drinking than I ever have before, but I think another important part is just embracing the limitations of a home workout set up and leaning into them.  Instead of focusing on what I can't do, I've been focusing on what I can, which helps me look for more unique approaches to achieve my goals.  Plus, there are other benefits to not going to a gym.My old gym was only about fifteen minutes from my house, and it was open 24 hours, so it was no problem to wake up early and get there before work... before I had a son to take to daycare.  The Durfette works from home, and so it just makes more sense for me to drop the Durfling off at daycare on my way in to the jobsite.  Suddenly that 15 minute trip to the gym becomes a thirty minute round trip that eats into my workout.  The gym also played a satellite radio station of 90s pop/alt-rock hits, and even wearing headphones, I still heard way too much Sugar Ray.  Also, now that I've started working out without wearing earbuds, I don't know that I can go back.  And while this wasn't typically an issue at 3:30am, occasionally there were enough people in the gym that I had to wait on an elliptical, or alter my routine because a squat rack was in use.  It's incalculably nicer to not have to wait on anyone other than myself to do whatever I want.

The gym did have benefits though.  Speaking of squat racks, the sheer variety and options available to me at my gym was far and away more than I have in my garage.  Dumbbell squats are nice, but I definitely miss getting to use a long bar and throw more weight on.  Ditto the elliptical and stationary bikes; I enjoy my jumping jacks more than I ever thought I would, but I miss the cardio machines.  It was also nice to be able to do circuit training without having to change the number of weights on my two dumbbells between every set.  But ultimately, I think the benefits of working out in my garage outweigh the variety of options provided by the gym.  Even when COVID ends and it's really, truly safe to venture back out to the gyms, I think this guy is a home workout guy now.

Demiser - Through the Gate Eternal 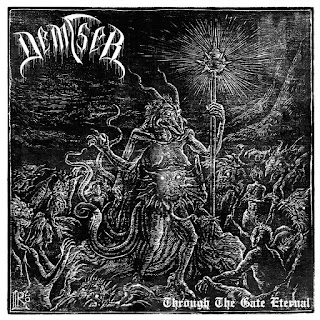 Through the Gate Eternal was mostly a very excellent choice to kick off a week of workouts, as the blackened thrash Demiser puts out is chock full of riffs that sound like pure adrenaline shot through a tar pit directly into your bloodstream.  It's driving, infectious stuff that really makes you want to put up another set or just drop down and do push ups until you wear down the floor with your palms (because you ain't gonna get tired listenin' to Through the Gate Eternal).  Mostly.  I say "mostly," because amidst all this thrashy, rage-filled goodness, lies "Song of Byleth," a two minute ditty played mostly on acoustic guitar, with the harmonious crackle of an autumnal campfire underneath.  Listen.  "Song of Byleth" is a good song.  It wouldn't feel out of place on a Baroness album, and there's nothing wrong with (drastically) shifting gears sonically on any album.  But the song immediately before "Song of Byleth" is called "Raw Fucking Vomit."  "RAW FUCKING VOMIT!!!!" And it's a vicious, hellacious balrog of a song; an amalgamation of fiery smoke and shadow that comes at you with a whip at 200 mph and just forces you to bang your head and scream along...  Every band that makes an album is more musically intelligent and talented than I will ever be.  So I'm sure there's a very good reason why Demiser set out to inflict sonic whiplash by pulling "Song of Byleth" in from left field faster than a manager going to the bullpen after his pitcher walks the bases loaded on twelve straight pitches.  It's just unfortunate that I can't think of Through the Gate Eternal without chuckling to myself and musing "Yeah, what in the world was that about?!?"

"Song of Byleth" (and "Raw Fucking Vomit" and the absolutely ripping "Hook and Torment") are all out March 12th through Boris Records.  You can and should head over to the awesome Cvlt Nation now to hear lead single "Deathstrike." 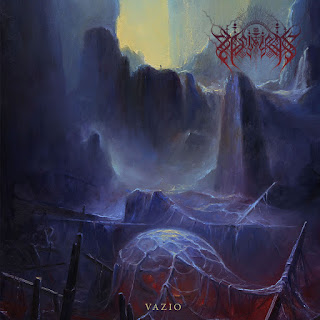 Vazio is another one of those albums that on the surface doesn't seem like a great workout album (for me), but something about it ends up making it perfect for the day's lift.  Blackened doom out of Portugal, Sepulcros certainly isn't going to be mistaken for Demiser tempo-wise, but when the ambient fog drifts away and the band roars to life, it's incredibly energizing.  There's a whole lot to like here, but the thing that sticks with me most about Vazio is the tangible feeling of weight the music has.  It's heavy for sure, but it also feels heavy, as though moving through it requires more force and energy than simply moving through air.  Also, Google tells me that "sepulcros" is Spanish for "graves," and that's metal as hell.  Vazio is also out March 12th, via the indomitable Transcending Obscurity. 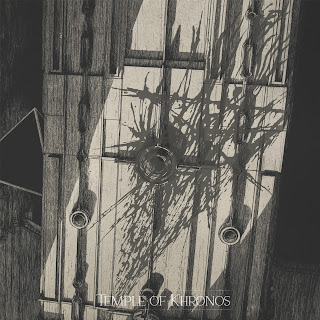 It was insanely windy last night, the kind of wind that shakes the house and makes it sound like a horde of orcs are trying to get in on all sides.  This caused me to wake up completely disoriented very early, and then lie there in bed listening to all the noises that do not belong in my sleepy time.  It gave me that weird feeling of being unsettled to the point of slightly nervous, even though I knew there was nothing to be nervous about.  Turns out that was a hint of what the morning was to bring, as Spire's brand of frantic, manic black metal is very much in that same vein.  There's a superficial disconnect between the music and the vocals that reminds me a lot of A Forrest of Stars; it seems like they shouldn't fit, but that feeling of ill fit just makes the overall sonic atmosphere all the more disconcerting and uncomfortable in the best way possible.  I know a lot of people are on board with the new(ish) black metal stylings of Tribulation, and I get that, because Tribulation rocks, but give me this weird, avant-garde, off-kilter black metal any day of the week.  Temple of Khronos is out February 19th on Sentient Ruin. 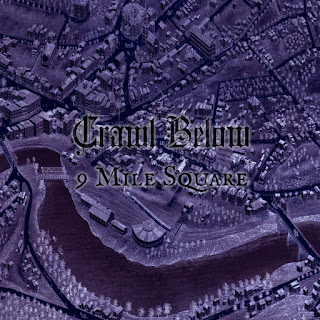 9 Mile Square is a fascinating album by an equally fascinating band I'd never heard of until this promo landed in the ol' Töp inbox.  Crawl Below makes "New England Music about New England," which is intriguing enough on its own, but the really cool thing is that no two Crawl Below albums sound the same.  9 Mile Square is a doomy, expressive album of heavier post-rock that contains a multitude of melodies and vocal hooks that will burrow their way into your head and find you hard-pressed to remove them.  I've had the lyric "streets that cross this city like scars" running through my head since I heard it, and it's still just as captivating and entrancing as it was the first time.  This is definitely one of those albums that's a little different than the genre buzzwords suggest, but it's absolutely worth your time.  Crawl Below is self-releasing 9 Mile Square on February 12th. 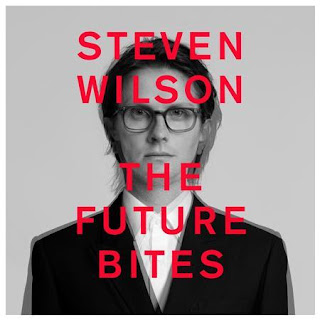 I took a rest day this morning.  As much as I feel guilty about taking them, I do believe that impromptu rest days are important, and when your body tells you to take one, it's wise to listen.  The problem is that when you wake up at 3 to work out, it can be nearly impossible to decipher whether your body is just pining for your warm bed or genuinely needs a day off.  You gotta learn to decipher the subtleties between "Mmmmmmmm blankies nice" and "Yo dude, take a breather for your lats' sake."  It can be tough.  And the worst part is that even when I take a rest day and I'm 100% sure it's because it's what my body needs, I still feel like a lazy piece of shit for not pushing through and lifting anyway, which is a stupid way to feel and a good way to get myself hurt.  It's just pride, fuckin' with me.  And like Marcellus said, "Fuck pride.  Pride only hurts, it never helps."  Anyway, I'm really not sure what Wilson was thinking with The Future Bites, but it's definitely a rare miss for him that may as well be titled This Album Blows.  It's weird; it's not like he forgot how to write a song, and some of them are certainly catchy, but the album just doesn't click.  If I squint really hard, and give him an extreme amount of benefit of the doubt, I can sort of see that maybe he made a concept album about vapid, hollow, consumerism set to vapid, hollow, pop music.  But that's probably just me trying to find something to like from a musician I love.  Definitely a forgettable moment in a great career.  And just to irritate the bossman, for those keeping score of Decent-to-Great Pop Albums of the Past 12 Months, the score is Taylor Swift 2, Steven Wilson 0.  So yeah, here's a great pop song to listen to Steven do, instead of the nonsense he put on his own album.

If you want to hate on me for the TSwift love, go right ahead; after all, haters gonna... well you know.  So that's another week in the books.  Previously discussed DWW albums out today are:

Check 'em out; I think you'll like them.  And don't let my tongue in cheek harangue of "Song of Byleth" turn you off Through the Gate Eternal; it absolutely shreds, and Demiser should be getting a ton of pub for putting out such a solid debut album.