Now that we're three weeks into this little endeavor, it's time to talk about routine.  Routine is critical to working out in a few ways, primarily because doing the same exercises weekly will help results show up more noticeably, and also because sticking to a routine makes it easier to stick to your plan and keep it up.  So yeah, routines are important.  Just as important, however, is shaking up your routine to ensure it doesn't become a rut.  I try and shift and modify my workouts every three months or so in order to keep things fresh and challenging, and whenever I'm preparing for this and trying to decide what I should do, I always have the same thought: What if I started running?
Running seems pretty good for you.  Gets your legs and arms moving, gets your heart pumping, and gets you all sweaty, all of which are good results for a workout.  Running also - and this is the important part - fucking sucks.  It's awful.  Every time I talk myself into taking running on as a workout, I get a block or two into my jog and just hate everything.  For the longest time, one of my personal goals was to run the Chicago Marathon, and I must have started "training" every year for five or six years, and that lasted all of two or three days, because running is awful.  When I read about running online, people speak of the "runner's high" where you become one with the wind (or something), and it sounds really nice, but also like a lot more work to get high than I want.  I have tried to incorporate jogging into my life at least once a year for the past fifteen years, and it never sticks because I don't like it.  And yet, much as the sirens called to Odysseus with their beautiful song, so too does running call to me.  And perhaps, once again, I will answer their call.  And then, like the sirens of old, running will reveal itself as the murderous beast it truly is, and I'll remember that there's a reason I've staid away all these years. 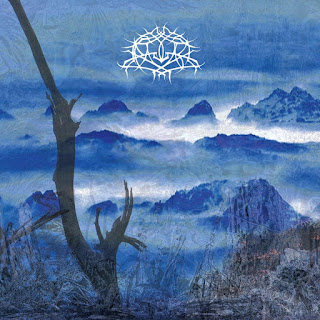 Krallice rules.  I remember Diotima blowing my mind when it came out a decade ago and then devouring the band's first two albums.  After that, I just... got stupid? Busy? Forgetful? I don't know why, but I've missed out on so many releases from this band since Diotima all those years ago.  I need to rectify that ASAP, but for today, I just wanted to go back to where it all began for me.  And as I said, it's awesome.  "Telluric Rings" especially just hits that perfect spot of driving, amped-up black metal with just enough melody and weirdness to be a lot of fun.  Diotima has, as noted, been out for over a decade, and you should know how to find it if you want to.

Comatose - A Way Back 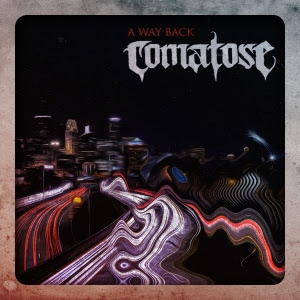 A couple minutes into A Way Back, I thought I had made a mistake and that I would need to find another album for my workout.  The shoegazy post-rock reminded me a bit of Hum's fantastic Inlet from last year, but as much as I like that album, I don't know that I want to work out to it.  Before I could look for something else, a funny thing happened: I had finished my cardio, started lifting, and was only shaken from my laser-like focus by the post-hardcoreish opening riff of "Spread."  So I continued on, trying to pay more attention to what was happening, and then it happened again; all of a sudden my workout was over.  I don't know if I was just in a pensive mood this morning or what, but A Way Back turned out to be the perfect soundtrack for being alone with my thoughts.  This one will definitely get some more plays outside of the garage.  A Way Back came out last Friday on Transcending Records. 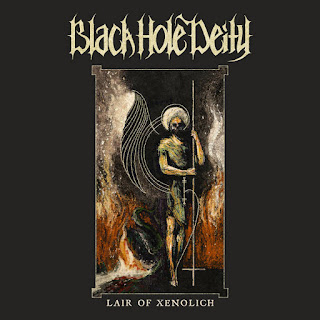 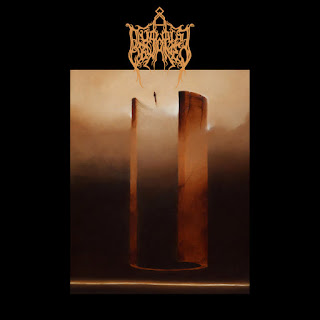 I loved Hidden History of the Human Race as much as anyone, and seeing Xoth was one of my highlights of Northwest Terror Fest 2019, but it's taken me until this very moment to realize that cosmic, space-themed death metal is like, a thing.  Obviously I'm not the most trend-observant fellow.  Both of these bands put their own proverbial spin on the genre (sub-genre? I honestly don't know), and both manage to do a lot of really cool things without getting too techy or obnoxious with it.  The EPs are short; I listened to both of them twice during my workout, but what they lack in run time they more than make up for in cosmic, blistering death metal.  Turris Eburnea's EP is out March 15th, while Lair of Xenolich is out next Friday, February 5th, both albums via Everlasting Spew Records.

Olde makes my kind of sludgy doom, which is to say sludgy doom that still sounds like music.  I love Primitive Man's Scorn, and Ethan is one of the nicest dudes I've ever met, but their last album lost me.  I get the appeal of the harsh, dissonant, unrelenting wall of uncomfortable sound, but it ain't for me.  Give me the downtuned blues riffs drenched in fuzz and feedback all day every day.  Give me Pilgrimage, which is a pretty awesome example of that good stuff I'm all about.  This is the kind of album that throws a big sludgy riff your way that forces you to throw up an extra rep or two, stand up flexin', and growl "Oh fuck yeah!" to no one in particular.  Pilgrimage is out March 19th through Seeing Red Records in North America and Sludgelord Records in Europe. 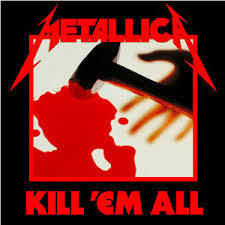 It's my parents' anniversary today, so if you see them wish them a happy anniversary and then explain to me why you're stalking my parents.  And then cut it out; that's weird.  Anyway, Kill 'Em All may seem like a weird way to honor that occasion, but I'm sure if you think about it just a little bit, the answer will come to you.  That's right; I'm giving you my thoughts on music and glaringly obvious, borderline annoying riddles in Durf's Weekly Workout.  Kill 'Em All is easily my least favorite of Metallica's first four albums, and because of that it had been a minute since I'd listened to it.  I was surprised to find myself enjoying it a lot more than I remembered, which is neat.  "Anesthesia (Pulling Teeth)" and "Whiplash" especially had me grooving.  Much like our Monday album (only much, much moreso) Kill 'Em All has been out for long enough that you should know where to find it if somehow you haven't heard it yet.

So there you have it, another week of groovy tunes set to some pretty solid lifts, if I do say so myself.  Also! It's the first time I get to say this, but a previously featured album is out today!  Hån's Breathing the Void is out now, so check it out or pick it up!  Hope you had a fantastic week as well, and I'll see you here next week!
- Durf
Posted by Brutalitopia at 9:30 AM