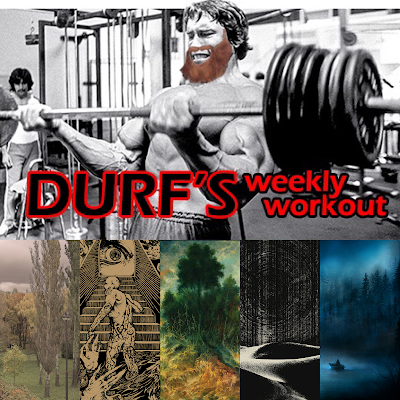 The Morningside - The Wind, The Trees, The Shadows of the Past 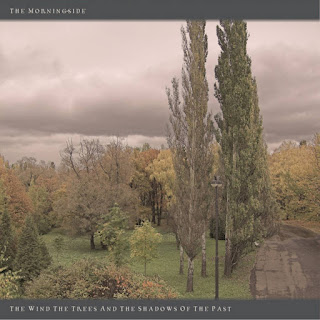 My gym opened late this morning for something having to do with water; I didn't really pay attention, because once I saw they weren't open at 4am, it didn't really matter why.  Sadly, my job does not accept "Needed to get my pump on" as a valid reason to show up three hours late, so I had to skip this morning's workout (and by skip, I mean "do it with the Durfette on Sunday" ((and by "do it with Durfette," I mean "be at the gym at 6am Sunday while Grandma and Grandpa Durf watch the Durflings and do a righteous leg HIIT workout," not like "do it *wink* with the Durfette))).  But I did listen to the first Morningside album, which is lowkey one of my favorite albums ever, even if I don't listen to it as often as I should.  I can't remember if I've talked about this album before, but I feel like I have, and I don't care: this album was one of my introductions to atmospheric black metal, and the melodies and guitar riffs and solos hold up after fifteen years.  The haunting melody of "The Shadows of the Past" is quite possibly my most common go-to riff to hum when there's nothing else in my head.  It probably wouldn't be the best workout music, but it's phenomenal for just sitting and getting lost in your thoughts amidst the melancholy.  The Wind, The Trees, The Shadows of the Past has been out for fifteen years; I highly recommend checking it out if you haven't.

Egregore - The Word of His Law 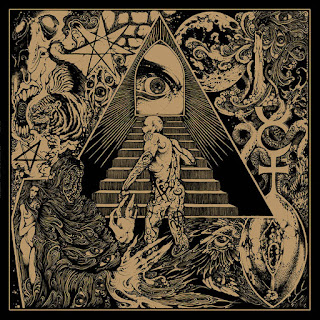 Dissonant, haunting, and ethereal, with The Word of His Law Egregore have crafted the rare album that lives up to the gaudy PR blurbs surrounding its release.  Look on their bandcamp page, and you'll see such phrases as "a first glimpse of a developing musical universe in a state of primeval expansion," "uncanny aura of supernatural presence," and my personal favorite, "a truly underground work of creative vitality and occult sorcery."  We get promo emails like this all the time, and honestly, that's PR's job, but The Word of His Law genuinely feels strange and mysterious, like if Blood Incantation were more concerned with multiverses and the occult than outer space.  Egregore certainly brings the riffs and death metal chops to The Word of His Law, but what stands out the most here is the atmosphere; this album traffics in the unnatural, and there's an almost tactile sense of mystery and unease permeating the songs.  It's still unmistakably death metal, but there's something more to it, something a little more cerebral and possibly spiritual that sucks you in and entraps you within its runtime.  It's a very cool feeling that is continually rewarded by multiple listens.  The Word of His Law was released last Friday by the one and only 20 Buck Spin. 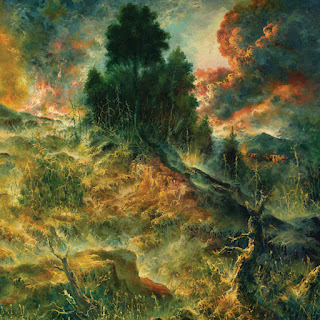 Doom metal means a lot of different things to everyone; Pallbearer, Khemmis, Swallow the Sun, Candlemass, and Bongripper could all accurately be labeled doom, but no one is confusing any of those bands' sounds.  Epitaphe, fittingly, sounds completely different from all of those bands, infusing their low and slow doom with bursts of psychedelic rock influences that wouldn't sound out of place on an Elder album.  Honestly, at this point I'm realizing that nothing I listened to this week really fit working out, which is the first time that's happened.  Also I don't care; II is a delight from start to finish, it's three nearly twenty minute tracks bookended nicely by an intro and outro that serve as a set up and denouement to the whole endeavor.  Like other bands that traffic in such long songs, your mileage may vary, but I think I've established by now that long songs are very much my jam, and II has been added to my list of things I want to revisit when I have a day with no obligations or Durflings, just me, my headphones, an edible, and perhaps a hammock in the sun.  So check back here in thirty years for Durf's Retirement Playlist to hear about how my back hurts, but napping with my grandkids while listening to Epitaphe is the bee's knees.  II was released on April 11th via Aesthetic Death Records.

Konvent - Call Down the Sun 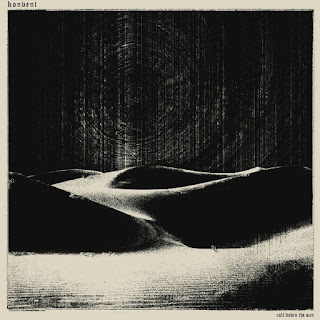 Another entry that didn't exactly set my workout on fire, but did leave me impressed, Call Down the Sun reminds me quite a bit of early Swallow the Sun: it's heavy riffs carry an unmistakable groove and melody, but everything is pulled down deep inside a dense swamp of misery.  So not exactly great "Gimme that rep!" music, but it certainly fit a leg day that I was just struggling to make it through.  Album closer "Harena" is the standout here; in an album full of melancholy murkiness, "Harena" is the pinnacle (or anchor, I guess) that ties it all together.  Konvent is another one of those newer bands whose debut album I completely missed, but Call Down the Sun shows they're a band not to be missed.  Call Down the Sun was released March 11th on Napalm Records. 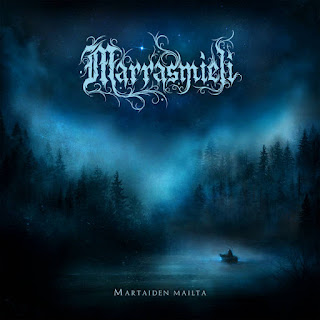 Folk-infused black metal that isn't afraid to get real folky with it, Marrasmieli hail from Finland, and their album title translates to "From the land of the martyrs," which is undeniably metal.  If you've made it this far into this post, you should already be sensing that Martaiden mailta isn't great workout music, but is great "lay in bed and listen to as a storm pounds your window with rain" music.  Marrasmieli manages to blend its folk and metal influences well, if a little unevenly; the two styles don't quite juxtapose as neatly as, say, Panopticon, but the intensely jarring transitions between folk and black metal certainly heighten the impact when they hit.  It feels like in the decade or so that I've really gotten into metal, bands trying to incorporate "softer" sounds into black metal have been a dime a dozen; while not the best I've ever heard, Marrasmieli does manage to stand out from an incredibly crowded field.  Martaiden mailta came out April 8th via Naturmacht Productions.

Alright, that's the week.  Hope your lifts and tunes were heavy; see you next week!
- Durf
Posted by Brutalitopia at 10:14 AM