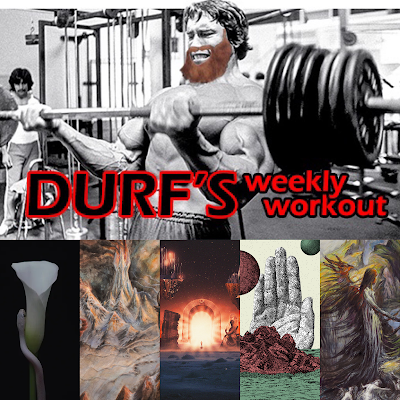 Easily the biggest change I've made since I was last doing this post regularly has been joining a gym.  And I have to tell you, now that I've been going to a gym for two months (oh yeah, I just stopped writing this column; I didn't stop lifting), I don't know how I put up with working out in a garage with just a set of dumbbells.  It's an insane difference.  There's so much more to do, I feel like I get more out of every workout, and the muscle groups I hit twice a week get the added bonus of not doing the exact same routine each of those days.  Obviously there was a pretty big, necessary reason that predicated my working out at home, but with vaccines, boosters, and some basic precautions (namely getting to the gym when it opens at 4am), I feel like I'm able to workout safely, and I feel like my performance has increased more in eight weeks than it did in eight months working out in my garage.  Honestly, the only thing I miss about my in-home workouts is blasting my bluetooth speaker instead of using headphones, but that's a trade I'll gladly make any day.  Going to the gym compared to working out at home is like that episode of Parks and Rec where Chris tries to make a better burger than Ron, only it turns out that no matter how many bells and whistles you put on a turkey burger, it still won't taste as good as beef.  My turkey burger dumbbells got me through the pandemic, but now I'm ready to gorge myself on the all-beef hamburgers of squat racks, pull up bars, and jump boxes.  And now, onto my feasting soundtrack! 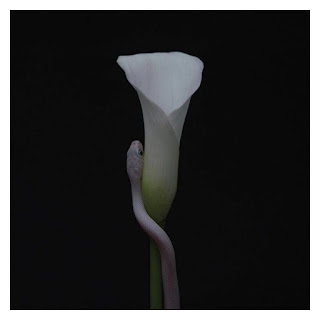 Mick asked me the other week if I had listened to this yet, and I'm being honest when I say my first thought in response was "That band is still around?"  But "CAFO" goes a long way, even thirteen years on, and Mick had some good things to say, so I figured I would give Parrhesia a shot.  And you know what?  The ol' boss man was right!  Parrhesia is pretty much exactly what I remember Animals as Leaders being: there's some techy guitar noodling, some jazz-adjacent melodic wankery, some crunchy djent-esque riffs, all thrown together in a sauce of guitar wizardry.  If any of the things I just said piques your interest, then you'll probably at least enjoy Parrhesia a little bit.  If none of the things I just said mean anything to you, then listen to it anyway just to try something new.  "Red Miso" is a certified banger that is certain to end up on thousands of Most Played Songs 2022 lists, and "Gordian Nought" sounds like it could be the score for the opening credits of a Terminator remake (nobody fucking remake Terminator).  Parrhesia is out now on Sumerian. 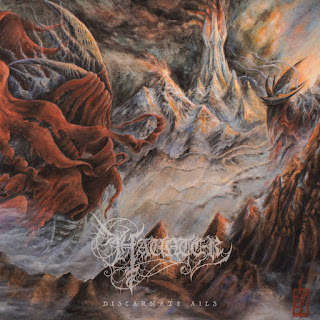 For whatever reason, when I saw this promo in the Töp Inbox, I got really excited.  I know Haunter has at least one album out, but I didn't listen to it, so there's no history there; I think it was just the combo of that awesome album art and the "progressive death/black" descriptor that got me going.  And boy howdy did Discarnate Ails not disappoint!  It was a tremendous listen that lived up to that descriptor and THEN some.  I mean, this album has everything! Does it evoke Colored Sands? It sure does!  How about The Way of All Flesh era Gojira guitar slides? C'mon; of course!  Ghost Reveries Opeth underlying melodies? Absolutely!  Krallice riffs circa Diotima? You know it!  A random ass dual saxophone solo that comes out of nowhere to OBLITERATE EVERYTHING IN ITS PATH?!?!?! ...ok, no, it doesn't have that; I just got overexcited.  Despite the lack of sax, Discarnate Ails is a massive success; Haunter have firmly established themselves as a band that demands attention (and to be fair, maybe they already have and I just missed it), and their "everything and the kitchen sink so long as it fits the moment" approach to metal is incredibly welcome.  Discarnate Ails may have snuck up on me, but whatever Haunter does next sure won't.  Discarnate Ails will be released May 6th via Profound Lore; there are no advance tracks on bandcamp or YouTube, so here's something from their last album. 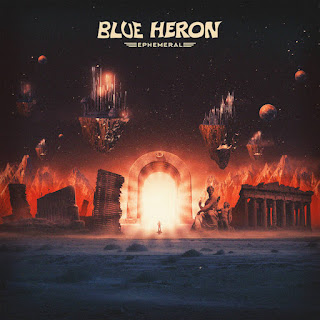 So right off the bat I should tell you that I listened to this album just to see if the title track was a cover of my favorite Pelican song.  It's not, because there isn't a title track, but that's ok because 1) I really don't think anyone should cover Pelican, and 2) Blue Heron's Ephemeral is a real good time of a desert rock album, on which a cover of Pelican's "Ephemeral" would be incredibly out of place.  Desert rock is a playground I don't spend enough time in; I've spent the requisite metalhead amount of time with Kyuss, of course, but I always seem to accidentally wind up finding desert rock bands via psychedelic or stoner rock/metal, and that's a mistake on my part.  Ephemeral is a whole lot of fun, full of brawny riffs and heady grooves that make your realize it's actually really hard to nod your head to music while pushing up a bench rep.  Don't be like me and trip bass ackwards into a great genre that deserves more of your time, and listen to Ephemeral when it comes out on May 27th.

Humanotone - A Flourishing Fall in a Grain of Sand 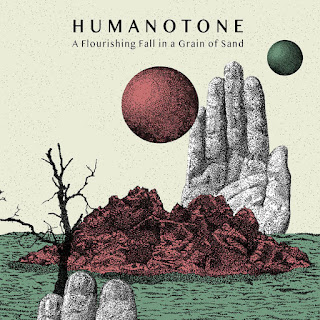 There is an easy, almost lazy comparison to make between Humanotone and progressive/psychedelic deities Elder, and since the Durflings are sick and my sleep schedule is off and this is my first blog back after an extended hiatus, I will make that comparison.  Humanotone sounds like Elder, so much so that if you swapped Jorge Cist out with Elder's Nick DiSalvo, you might find yourself thinking there was a new Elder album out.  Except Cist is the sole member of Humanotone, so if you swapped him out with DiSalvo, you'd only have vocals and a guitar.  A Flourishing Fall in a Grain of Sand is pretty incredible, five long-form sonic journeys that combine the flowing, constructed aimlessness of psychedelic jam bands with thick, crunchy riffs that wouldn't feel out of place on a High on Fire record.  As far as random bandcamp finds go, it don't get much better than this, and I imagine this album is going to quickly become one of my warm weather soundtracks this year.  A Flourishing Fall in a Grain of Sand is out now via Massive Void Recordings.

Izthmi - Leaving This World, Leaving It All Behind 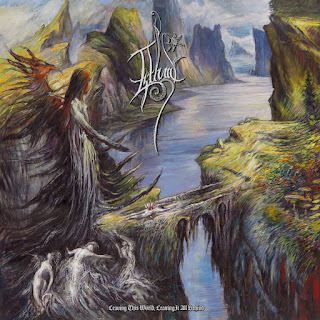 Full disclosure, I didn't actually listen to this album today.  The Durfette has been getting into the workout game, and since I worked from 1am to 1pm pouring concrete, missing my normal morning workout, she was nice enough to let me crash her workout.  First off, I may not be hitting the gym hard enough, because the rigamarole her trainer put me through was intense.  One arm dumbbell presses, kevlar ball slams, farmer's carries... I was gassed at the end, and I don't think it was just my lack of sleep from the night before.  All that is to say, it's hard to listen to music while a trainer is giving you instructions, so I worked out music-less.  But you don't come here for no music, so I figured I'd talk about the best album I've heard so far this year.  LTW, LIAB is a tremendous slice of black n' roll, more black metal than rock n' roll, but listen to the opening riff of "The Shadow of Our Disillusionment" and tell me that every rock band in history wouldn't sacrifice their drummer to have written it.  Seriously, the track is embedded below; listen to it and tell me that isn't a certified rock banger.  You can't, because it's unimpeachably true.  And the rest of the album follows suit, just absolute monster riffs emanating from a base of unrelenting black metal fury and passion.  I wasn't keen enough to get smart to Izthmi's last offering, 2020's The Arrows of our Ways (even though Mick tried to help me out there), but I'm paying close attention now.  Leaving This World, Leaving It All Behind is out now on Satanik Royalty Records.

So that's the week!  Thanks for tuning back in; hopefully it won't be so long a break until the next one.  Until then, keep your tunes loud and your lifts heavy!

Posted by Brutalitopia at 9:21 AM