Between the Buried and Me - Automata I 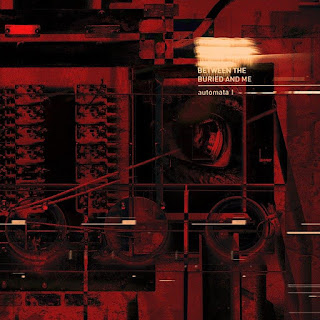 In the world of contemporary progressive metal, there are few names bigger than Between the Buried and Me. Ever since 2005's Alaska, the band's sound has continued to evolve by pushing itself into more ambitious directions. Their previous effort, Coma Ecliptic, took a more operatic approach, forcing more of their experimental quirkiness to the forefront. And while it was an enjoyable listen, it doesn't hold a candle to the material from Colors through Future Sequence. With Coma not having delivered a track that could stand toe to toe with the likes of "White Walls", "Swim to the Moon", or "Silent Flight Parliament", my expectations for the band's material moving forward were certainly tempered. By taking the hard-hitting elements of their earlier material and weaving it together with the discernable effort to not remain pidgeon-holed, Automata's first half acts as a bridging of two very distinct phases of their career.

Automata opens up with its first released single, "Condemned to the Gallows".  Acoustic guitars usher in the track with a seductive allure before blasting off into walls of guitar distortion. Managing to fade in and out with powerful dynamism, the melodies, both from the guitars and vocals, are reminiscent of the airy celestial themes of Parallax. It's a great opening track, but it also ends up being the most conservative of anything on Automata. "House Organ" and "Yellow Eyes" quickly ramps up Btbam's creative surge. Tommy Rogers' heavy synths along with the frenetic bass wizardry of Dan Briggs lay a solid foundation while Rogers' vocals go from low to high and everywhere in-between. The guitar work seamlessly transitions from droning rhythms to fluid solos to hooky through-lines. It's a formula that isn't necessarily surprising to hear from Btbam, but they manage to keep it fresh and engaging.

My favorite track from the album also happens to be the least heavy, overall. "Millions", rather than focusing on creative ways to be heavy, focuses on creative ways to be melodic. The melody in the chorus is one that's bound to get stuck in your head; one that feels akin to those on the middle two Thomas Giles albums. The track's melodic creativity also stems from its simplicity, by only taking couple riffs and expanding on those. Less is more, as they sometimes say. Automata's first half is wrapped up by "Blot", the only track on Part I to eclipse the ten minute mark (and just barely). With its longer runtime, "Blot" is able to leverage more ebbs and flows than previous tracks to build up Automata's grandeur. Whether it's a middle-eastern twang, harmonized guitar and synth notes, phaser effects layered on the vocals and guitars, or the anthemic screaming of "THE BLOT IN MY EYES", "Blot" provides great closure to Part I.

With progressive music, I catch myself listening harder than I should sometimes. Automata Part I took me longer to warm up to than any other Btbam release but I'm chalking that up to me trying to listen for something that wasn't there. This isn't to say that it isn't layered, but Automata revels in conciseness more than anything else. It also is a testament to Btbam's songwriting chops that they lead me on to believe I could expect a certain style, but didn't and enjoyed the different approach almost as much. I still can't help but feel a little off-put that this was separated into two different releases, but if Part II turns out to be as solid as Part I, than I guess we can't complain too much. Btbam hasn't faltered yet.