Exclusive Interview - Tommy Rogers (Between the Buried and Me) 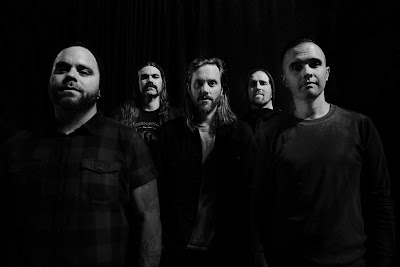 Today marks the release of Between the Buried and Me's eighth studio album, Automata I. As is reflected in our review of it that was posted earlier this week, Automata is an exclamation point on an already decorated career. With this new release, the band remains steadfast in their pattern of never staying in one place stylistically. Amidst all of the new album buzz, I was lucky enough to catch a few words with lead vocalist/keyboardist Tommy Rogers.

Read the interview after the break!

With Automata, the album's plot features a character whose dreams are put on display for consumer entertainment. Did this concept come naturally after doing albums like Future Sequence and Coma Ecliptic? Thematically, the band has certainly gotten more existential as time has gone on.

A lot of these things just happen. I'm constantly thinking about stories and ideas that will work with any music I write. I'm a heavy note-taker. Honestly, I just had that idea on a notepad in my phone. I thought it would be interesting if dreams could be broadcast as a form of entertainment. When I started writing this story, I didn't have a complete plan like I normally do. I kinda just started with one idea and grew with that. This portion of the concept really worked well with some of the stuff the protagonist was dealing with. It brought it all together once this idea was put in motion with the lyrics I had already written.

I don't know anyone who would call Between the Buried and Me a political band, but it feels like more recent output has had more to say in a sense. At this point in your career, do you as a lyricist find it more valuable to raise questions for the listener to ponder, just tell an interesting story, or a combination of both?

For me, there's a fine line between concept records that are cheesy and concept records that you can still grasp onto. I always try to find that middle-ground where A.) there's an interesting story and B.) is something that the everyday person can connect with in some way or another. I do struggle with that sometimes, with the fact that everything is fantasy. My lyrics have always been me stepping back and looking at society as a whole and writing about that and just my experience as being a human being on this earth at this moment in time. Because of that, I wouldn't say it's political but I definitely write a lot about humanity and the things we struggle with. I try to create characters and stories that the average person can relate to and that I can relate to. That way, the lyrics have a personal nature.

You often hear that people can be more productive creatively if give certain guidelines to work within as opposed to doing whatever they want from scratch. Was the process of making Automata two parts a deliberate framework you guys set for yourselves from the beginning or was that a decision made after the music was written? Were there key differences in how it was crafted versus the how the Parallax EP and Future Sequence were crafted?

Yeah, this is way different than Parallax I and II. Parallax I and II we did one at a time. We had that story and wanted to do the EP to get music out there fairly fast. We had just gotten a new label at that point and it was just a new beginning for us. We just wanted to some new music out to show people we were still active and writing. With Automata, it was all after the fact. We had already recorded and written the entire record. We wrote it as one album. The decision to split it up we did after the fact because we thought it was a cool way to present a record in 2018. We wanted to create a level of excitement of having two different moments of new music. Creatively, we treated it just like any other album. We don't plan a whole lot when we write. Collectively, we write on our own and then see where things start to form and where our heads are. 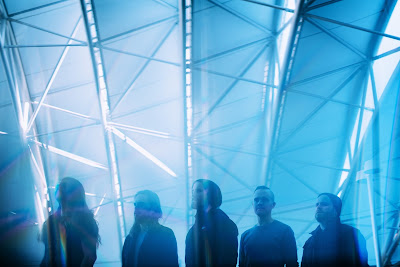 In a broader sense, what do you think sets Automata apart from the rest of the discography?

I have no idea, honestly. I don't really think about that. I would hope it was the most mature record. We've written so much music and so many records in our careers. I'd hope we're always pushing what we do and getting better at what we do. Hopefully when people listen to Automata, it just sounds like what should be happening at this moment in our careers. Our music is very honest and natural and really represents a time capsule. We try to be as genuine as possible with that.

Do you have a favorite track from Automata I?

I really like "Millions" because of how tamed down of a song it is. I'm drawn more to that kind of stuff nowadays. As far as aggressive stuff, I really like "Yellow Eyes" just because it's very schizophrenic. Vocally, I had a really good time inter-playing with all the craziness in that song. I think each song has its purpose but those two I'd say are my favorites.


What I personally latch onto with Automata (Part I) is how much melody there is. The band has obviously incorporated melody from day one, but tracks like "Millions" full-on embrace it on a level that I don't think people would necessarily expect. It may or may not be a specific musical influence, but is there any one thing you can attribute to how melody has permeated the bands' sound or has it been a gradual evolution over the years?

I think just getting older and wanting to try new things. We've done metal over and over again. We just try to write our take on music. We listen to a lot of different kinds of music and we try to write a lot of different kinds of music. "Millions" happened very quickly. It was a natural evolution for the album. I think it is a great moment in the album to sit back and take a little breather.

Honestly, a lot of the melody and more reserved sections of Automata remind me of some of the solo work you've done on the Thomas Giles albums. Do you consciously try to separate those two projects or do you think there's a shared head-space there?

Naturally, there's a shared head-space because I write Thomas Giles and I write some of the Between and the Buried and Me stuff too. So obviously some of that stuff is going to show its way in there because it's me. It's my DNA in those parts or songs. I do separate them heavily, though. I never am writing for Between the Buried and Me when I'm writing for Thomas Giles or vice versa. When the band sits down to write material for a new album, that's 100% what we're working on. But since it's my voice singing on both things (laughs) there's going to be some obvious similarities there for sure.

I've noticed the band does bring back a track or two for a special encore every now and then, but you guys by and large don't play much from the Self-Titled / Silent Circus days anymore. What elements of the band would you say have been kept the most intact from that era?

When we started back in 2000, we wanted to be heavy band that tried different things. We didn't want to be like everyone else. That's still our mantra. I still feel like that's still how we operate. All that stuff is still very much a part of us. We obviously have changed quite a bit that stuff is in us. The heavy moments still creep back to those days because that was us writing that. We don't play a lot of that stuff anymore honestly because a lot of the newer fans don't know it or it doesn't flow well in the set. We try to treat our set like we would an album. We want it to be cohesive and the songs to flow within each other. A lot of times in the past when we've put the older stuff in the set, it makes things off-balance and weird. You think the energy-shift would go to more energy but it was usually the opposite because less people were familiar with those songs.

Automata II is tentatively set to drop sometime in June. Can we expect things to stay in the same vein of Part I or do things go wildly different?

I consider it a pretty different album. I'd say we get a little more experimental and fun in Part II. There's some unexpected turns and it's a wild ride. I'm excited for people to hear it because some of my favorite stuff from the Automata record is on Part II.

We typically choose to pose a fun hypothetical for our final question. Let's say you got to create the only Between the Buried and Me cover band to ever exist. What musicians, alive or dead, would you choose to be in that cover band?

Oof, that's so hard. Honestly, I would probably get on Youtube and find kids that are way better at our songs than we are. Some of these kids are just unbelievable. They would have the heart of a young kid wanting to play music and would crush it. I wouldn't make any other musicians do this (laughs).