Did I Mention There's A Bunch Of New Stuff To Be Looking Forward To?! 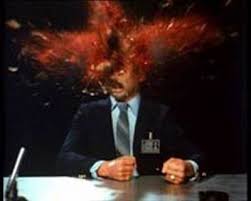 Soooo much new music!
﻿
﻿So if I haven't made it clear to any of you yet how much new music there is to look forward to in 2011, this should make my point crystal clear.  Three bands of note have released new tracks that make me super excited to get their new albums that are all coming out fairly soon.  See who I'm talking about after the break.
#1.  Finally, Protest the Hero just released their first single off of their upcoming release of Scurrilous.  This was just released this morning so it's hot off the presses!  Needless to say, this track frickin rules.

#2.  As if their first single, "Savor the Kill," wasn't enough, Darkest Hour has released another track off of their upcoming release of The Human Romance.  From these first couple tracks we've been blessed with, it seems Darkest Hour will not disappoint with this new album.

#3.  Your favorite Houston instrumetallers, Scale the Summit, have also released a new track from their upcoming March 1 release of The Collective.  The new track, "Whales," is seriously so addicting.  It's a true sign of the band maturing.  You can click on the album artwork below to hear the track streaming on MetalSucks.

﻿-Mick
Posted by Brutalitopia at 1:51 PM