I teased this a couple weeks ago, and at the time, my choice to extol the virtues of the greatest pop song ever written was absolutely the correct one.  But now, my friends, the time has come, as this is obstensibly a blog about music and working out, which means we can't ignore or avoid it anymore.  It's time to talk about stretching.

If you've ever played a sport or done any tertiary reading on fitness, you know that there are a lot of thoughts on stretching.  Some people say you should stretch before you workout.  Some people say you should stretch after.  Don't bounce when you stretch.  Actively stretch.  Work your bigger muscles first.  Go top to bottom.  Go bottom to top.  It's a whole thing, and it can be overwhelming, to the point where I honestly just stopped thinking about it and doing it for awhile.  But then my back started tightening up, and trying to touch my toes became even harder, so I figured I should probably start stretching again.  I decided to do a fifteen minute stretch routine after my workouts, and honestly, I'm surprised at not only how much better I feel, but how much I enjoy it.  I can feel myself getting more limber, I'm almost to my ankles when I try and touch my toes, and my back hurts far, far less than it had.  So I guess the moral of this story (you can see why I talked about "Dragula" instead, right?) is that you should stretch, some way, some how, before/during/after your workout.  On to the tunes! 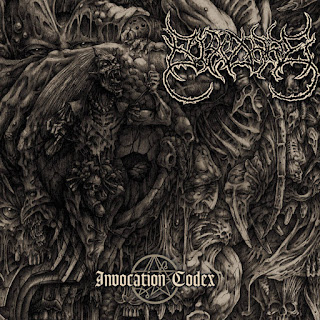 Self-described as "Lovecraftian Death Metal," the Spanish Death metallers in Bizarre bring a roaring assault of thrashy death from the Iberian Peninsula into your earholes, wherever they may be.  Constantly shifting, with intricate melodies occasionally popping up under the ruckus, Invocation Codex is a promising debut, and Bizarre look to be a band that isn't afraid to push the boundaries of death metal in a lot of fun and interesting directions.  Invocation Codex is out October 20th via (who else?) Transcending Obscurity. 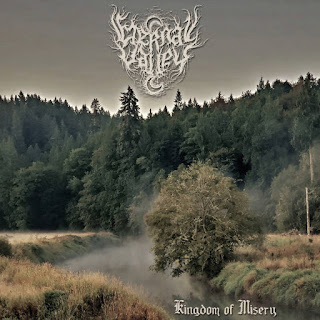 Atmospheric black metal that doesn't quite sink to the depressive levels indicated by its title, Kingdom of Misery is the second album from one-man Portland outfit Eternal Valley.  If you guys have been paying attention at all, you can already tell that this is one hundred percent my jam based on that sentence alone, and you're not wrong.  Shimmering synths or guitars float ethereally over blast beats, guitars scream their riffs in agony, and the haunted, aggrieved vocals give Kingdom of Misery that overflow of feels that I just can't get enough of in my black metal.  Kingdom of Misery is out now. 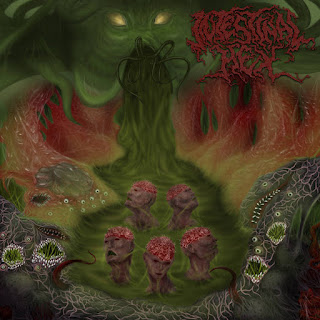 I mean, obviously I'm going to listen to a band called Intestinal Hex; I don't even care what they sound like or if they're any good, that name is too spot on for me to pass up.  But Intestinal Hex is absolutely wonderful; as brutal as a Crohn's Flare with riffs that ebb and flow and threaten to rip your guts out and leave them spilled on the pavement (you're in a parking lot in this scenario).  It's aggressive, terrific death metal that toes the line of being too much, but never crosses it, leaving you with a content feeling of being just titillated enough with revulsion, but ultimately incredibly satisfied with the vicious havoc Intestinal Hex hath wrought.  The Exalted Chambers of Abhorrence is out now, and will absolutely fuel your workouts to a better place. 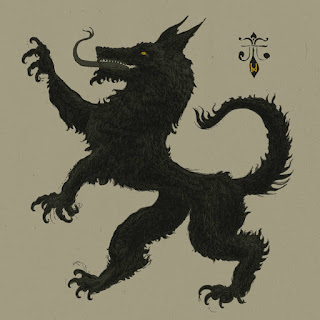 I'm gonna be brutally honest right off the bat: my first listen of Wolf Hex, during an otherwise great leg day, severely underwhelmed me.  Don't get me wrong, it was very, very good, but after Heaven that Dwells Within, my expectations for Wormwitch are insanely high.  So I sat on it for a couple of days, and then one morning as I was heading out the door to work, I threw it on in the car.  Yeah, clearly I wasn't paying enough attention during that lifting session, because Wolf Hex is incredible.  Wormwitch continue to warp and twist their thrashy, blackened death metal amalgamation into something that's nearly undefinable, but undeniably excellent.  There have been four albums so far this year that have captured my attention and been the only thing I listen to outside of workouts for a week or more, and now Wolf Hex is the fifth.  On my second listen.  Slow learner, this one.  Wolf Hex is out TODAY, so you should get on it, and which also means I can learn the song names because they'll show up on my car through Apple CarPlay, which they don't when streaming promos!!! 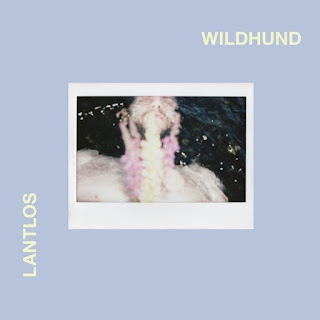 I had never heard of Lantlôs until a post on the veritable NCS, and upon hitting a wall on Bandcamp and having no promos I wanted to go after, I decided to give this one a shot.  It's pretty fun; sunny black metal in the vein of Alcest or Astronoid with some pretty excellent clean singing above all the riffs and hullabaloo.  Definitely not the best workout choice, especially for a Friday after an insanely exhausting week, but I really, really enjoyed the music; most importantly, Wildhund definitely seems poised to be a Durfette cross-over band, which means I'm gonna be listening to it a lot.  Wildhund came out last Friday. 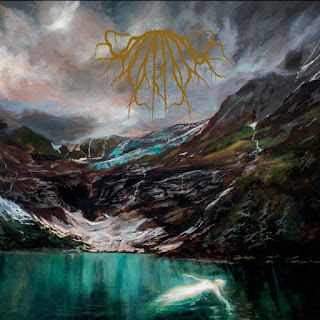 "Wait, Saturday?" I can hear you saying, and then you follow up with "And am I high or was there a Saturday entry in last week's half-assed post too?"  Well, first of all, that's rude, even though you're right, and secondly yes, there was a Saturday entry last week, and this week as well.  Work, in their infinite wisdom, has decided that 50+ hours Monday through Friday is insufficient, and we need to come in for a few hours on Saturday as well.  A quick peek behind the curtain for Saturday construction work: Half the crew will be hungover, the other half will oversleep and be late, and the whole crew will not want to be there, so production is less than efficient.  But whatever; we get things done, and the overtime pay is always nice.  And since I already have to get up, I figured why not throw a quick HIIT workout in to start my day.  I've really enjoyed starting my last two Saturdays like this; I don't know if I'll make the effort to wake up before the Durflings to do it if I don't have to work on Saturday, but since they're saying we're working Saturdays "for the foreseeable future," it sounds like I don't have to worry about that for a minute.  As for the music, Underdark does a pretty solid atmospheric black metal that is more aggressive and intense than shoegazy, so it was pretty great for a quick and sweaty thirty.  Our Bodies Burned Bright Upon Re-entry is out now on Tridroid Records.

And another solid week in the books!  This was a pretty varied week musically, but definitely a solid one lifting-wise, and I hope it was the same for you!