Last week was one of those weeks where every second seemed to be packed to the gills with stuff to do.  My job was working ten hour days in the hopes of getting Friday off to make it a four day Memorial Day weekend (we succeeded).  The Durfette saw her job kick into overdrive in her second week back from maternity leave, and one or both of the Durflings decided it would be fun to bring a little head cold home from daycare.  Additionally, the Durfette's dad and his girlfriend came in for the weekend, so there was a lot of work to be done to get the house ready to host people who aren't used to living in the squalor that is two children under three.  So yeah, that's why you didn't get a Durf's Weekly Workout last week; honestly I'm amazed I had the energy to wake up and lift.  But after a terrific Memorial Day Weekend, I'm feeling well-rested (which will last about an hour, I imagine) and ready to go, so now we're back and hopefully better than ever.  Of course, I'm still writing this at the last minute, and then I spent too much time writing about a very surprising album, so some of these entries may be a little short.  Don't let that deter you.  Onward!

Wanderer - Liberation From a Brutalist Existence 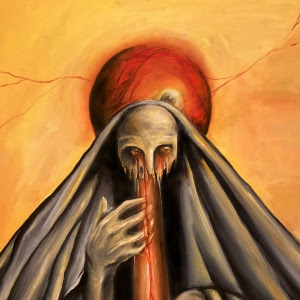 Well that whole thing about saving EPs and shorter albums for HIIT days lasted all of a week or so.  Liberation From a Brutalist Existence is a delightfully nasty slice of hardcore that gets in your face, stays in you face, and then backs off just enough for you to sort of think about what's happening to you before getting right back in your face again.  This is right up there with Werewolves' What A Time to Be Alive as one of the best workout albums I've discovered this year.  Liberation From a Brutalist Existence comes out June 18th via Entelodon Records. 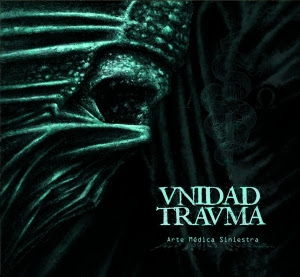 Wow, back to back hardcore/grind days?  Who am I?!?  Someone who likes getting his teeth kicked in sonically, I suppose.  Unidad Trauma is a bit more on the grind side of things than Wanderer, but that doesn't make them any less intense.  This debut EP from the Tijuana band doesn't come with any growing pains; rather Arte Médica Siniestra showcases a band that knows what they want to say and exactly how they want to say it.  Which is loud, fast, and aggressively.  Arte Médica Siniestra came out last Friday on Concreto Records. 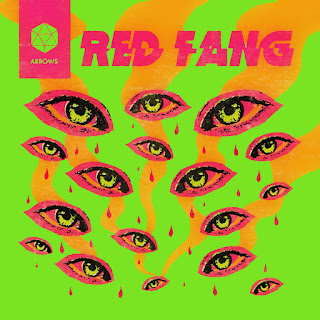 God it's good to have Red Fang back.  It's been six years since Only Ghosts came out, which seems impossible, but it's true; I looked it up and everything.  Thankfully, time hasn't dulled the instincts of these stoner rock gods; Arrows is Red Fang at their absolute best, marrying galloping, driving rhythms with heaps of distortion and ripping guitar licks.  And while I haven't seen any of them yet, I'm sure the music videos are still as great as ever.  Arrows was recorded pre-COVID and shelved for a year, and yet there's a palpable sense of nervousness and unease permeating the record.  I'm not complaining, mind you, as it gives Arrows a truly dynamic feel; it's like the middle of a kegger on a Sunday afternoon.  You're having a blast, but you know work looms the next day.  Arrows is out TODAY on Relapse.

Dr. Colossus - I'm A Stupid Moron With an Ugly Face and a Big Butt and My Butt Smells and I Like to Kiss My Own Butt 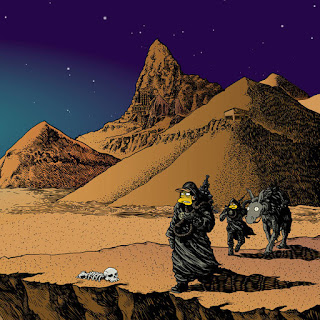 Yeah, I know.  A Simpsons-themed novelty band with an album title that doesn't even try to acknowledge the subversive, whip-smart humor the show had in its early years, featuring burnout busdriver Otto on the cover in a direct homage to Dopesmoker.  Yeah, I know exactly what you're thinking, and I get it.  Here's the thing though: I'm A Stupid Moron... is awesome, some of the best stoner metal I've heard in a long, long time.  The lyrics are definitely tied into Simpsons lore, and can take you out of the moment a bit, but then the big, booming riffs and hypnotic bass lines pull you right back in.  Honestly, if I took out the Simpsons hook and replaced the lyrics with, like, anything, and then gave this album to you and said it was the new Red Fang album, you'd freak out over how awesome it is.  So ignore the little voice in your head telling you novelty bands and albums can't be good or shouldn't be taken seriously, focus more on the Sleep worship than the pranked Moe Sizlack album title, and give Dr. Colossus the attention they deserve.  I'm A Stupid Moron... came out May 21st; also Dr. Colossus has apparently been at it long enough to have seven other releases, so if you need me, you know where to find me.  Also, don't need me. 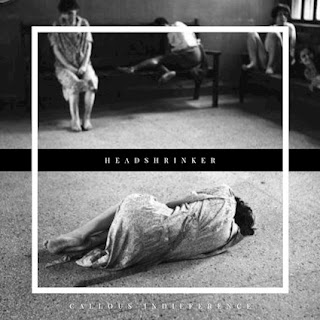 I'm pressed for time finishing this up, so my apologies in advance to Headshrinker for giving them less than they deserve in this space.  Callous Indifference is some pretty delightful death metal that lives somewhere between the OSDM worship currently en vogue and the modern style that everyone but me seems to be mocking online.  I don't get it.  Anyway, Callous Indifference was terrific inspiration for an arms day where I didn't really feel like lifting as much as I did practicing my golf swing.  Callous Indifference will be self-released August 27th.

That's the week!  Hope everyone has a great start to their summer; see you back here next week!