This was one of those weeks where I have absolutely no idea how I got to five workouts, let alone how I found time to write about the five albums I listened to while getting those workouts in.  Small miracles, man, small miracles.  Anyway, because of that, I'm skimping on this intro a little, by which I mean it's now over already, and we're on to the lifts and music! 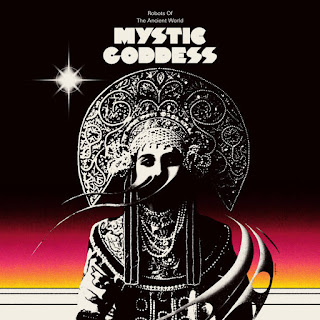 This week started with a little bit of a twist, musically.  I found this random promo in the inbox, and the description "psychedelic stoner doom collective" perked my ears right up.  Mystic Goddess was a seriously fun listen, with spacey, way out there grooves interspersed with heavy, High on Fire-esque riffs that at least made me wonder whether or not working out stoned would be a bad a idea... oh right, after working out comes work, so let's table that for now.  Robots of the Ancient World is a seriously fun find that I'm excited to listen to more of; lead singer Caleb Weidenbach sounds like Jim Morrison if Jim Morrison didn't so easily lend himself to dorm room posters of kids trying way too hard.  He also reminds me at times of Dorthia Cottrell, which is never, ever a bad thing in my book.  Mystic Goddess comes out Friday, May 21st via Small Stone, at which point you will find me floating in the pool listening to it on repeat.

Crypts of Despair - All Light Swallowed 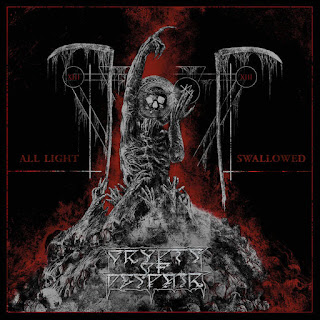 One of the great things about doing these posts every week is that I've noticed a lot of my preconceptions about different genres are slowly fading away, as I'm pretty much opening myself up to anything and everything musically.  It's a cool feeling, and one that has rewarded me with some fantastic listens this year.  One thing I didn't realize about myself is that I tended to shy away from grimy, filthy-sounding death metal, and boy was that silly.  Crypts of Despair traffic in blackened death metal that sounds as though it's been decomposing in tombs of sadness for fifty years, and is very unhappy that you woke it up.  It's basically like The Mummy they made with Brendan Fraser, only if it swapped out the comic relief parts for scary parts.  Which makes for a fantastic album, but would have wasted the talent in that movie, which honestly is pretty perfect. All Light Swallowed came out last Friday on Transcending Obscurity. 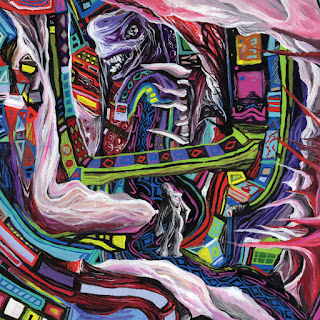 To the best of my (admittedly spotty) recollection, I have never listened to Yautja before, yet I was incredibly excited to see the promo land in the ol' Töp inbox.  Maybe their reputation preceded them?  Maybe I had them confused with another band?  Who knows.  Either way, I was real pumped to head down to the garage and blast The Lurch at a volume one click higher than I felt safe with a sleeping toddler and infant upstairs.  And it was great; Yautja is one of those "kitchen sink" bands that defy easy categorization, and The Lurch is at times sludgy, at times harsh and noisy, at times a little punk, and always incredibly compelling.  It's not the best comparison in terms of what you're going to hear, but I haven't felt this excited about this much sonic whiplash since my pal Nick introduced me to Miss Machine fifteen-plus years ago.  Again, Yautja is a completely different band than DEP was, but they absolutely crackle with the same manic intensity and propensity for shifting their sound on a dime, leaving you hanging on for dear life.  The Lurch is out May 21st on Relapse.

An Autumn For Crippled Children - As the Morning Dawns, We Close Our Eyes 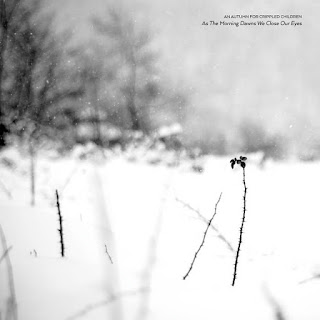 In a year in which time ceased to have any meaning at all, it seems appropriate that An Autumn for Crippled Children are already back with another full-length album.  Dropping barely over a year after last year's All Fell Silent, Everything Went Quiet, new album As the Morning Dawns, We Close Our Eyes finds the Danish blackgaze stalwarts very much in their lane, which is to say your take on this album will probably be very similar to your take on their previous eight.  If you're like me and enjoy the band's sound, then As the Morning Dawns... will be right up your alley; the band certainly doesn't feel any less exciting or driven for putting out two albums 55 weeks apart.  As the Morning Dawns... is peak AAFC contradictions, in that it sounds impossibly heavy and yet ethereally weightless, desolately hopeless and preternaturally uplifting.  I don't know if I can say it was a great lifting album, but I guarantee it's going to get a lot of plays around these parts over the summer.  As the Morning Dawns, We Close Our Eyes is out May 21st, which is shaping up to be a pretty stellar release date. 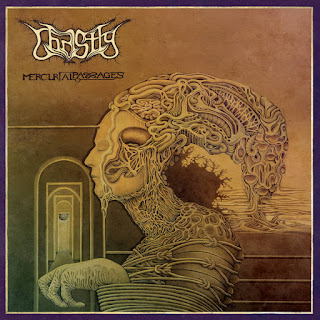 I had a great time giving a little shit to Decibel last week regarding their "Health Awaits" column, but I realized that perhaps I may have acted a little too quickly.  I went on Instagram the other day, and was greeted by a post from Thrice drummer Riley Breckenridge, where he posted a picture of a gorgeous landscape and talked about a run he did and the music he listened to while doing it.  Oh right.  Looks like whenever Decibel gets around to sending those royalty checks my way, I'll have to send them directly to Riley.  Fair's fair.  Anyway, speaking of the 'Gram, it was there that I started seeing pics and posts about the upcoming new Ghastly album and became intrigued.  Mercurial Passages is the Finnish band's third album, and having missed their first two, I have no idea how it compares or builds or whatnot.  What I do know is that this one is filled with some pretty bombastic riffs, and a whole lot more groove than I was anticipating.  Definitely one of those albums that you think you'll know what it's going to sound like based on the description, but then it completely surprises you (in a good way).  Mercurial Passages drops May 28th via 20 Buck Spin.

A pretty phenomenal week, both musically and liftily.  May 21st is going to be a baller ass day for releases, so at least I'll have more to write here.  For now, previous Durf's Weekly Workout Albums out today are:

And that's it!  Have a great week; see you next time.
- Durf
Posted by Brutalitopia at 9:30 AM