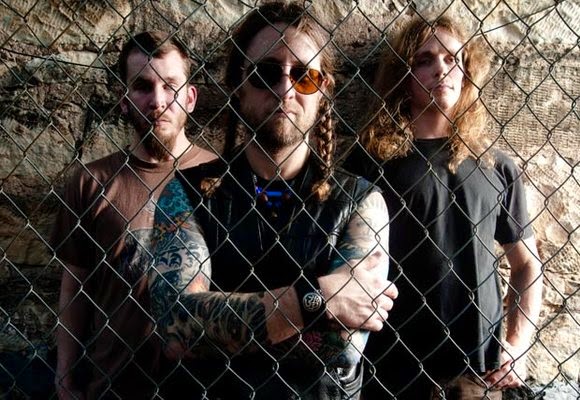 I'm just going to be completely upfront about this; when YOB announced the release info and cover art for their upcoming album Clearing The Path To Ascend yesterday afternoon, I popped a chubbie. I've made no secrets on several different occasions in the Töpian realm that the Oregon doomsters reside in a pretty dear place in my heart, and there's a very distinct chance that this new record could cement that fact even further. Frontman Mike Scheidt 'n' Co. sated the appetites of fanboys like myself with a short teaser video (actually released in mid-May) of a studio performance of a track off the new record, which will be released on Neurot Recordings in September, and you can catch that and view the artwork for Clearing... after the jump. Get fucking hype.