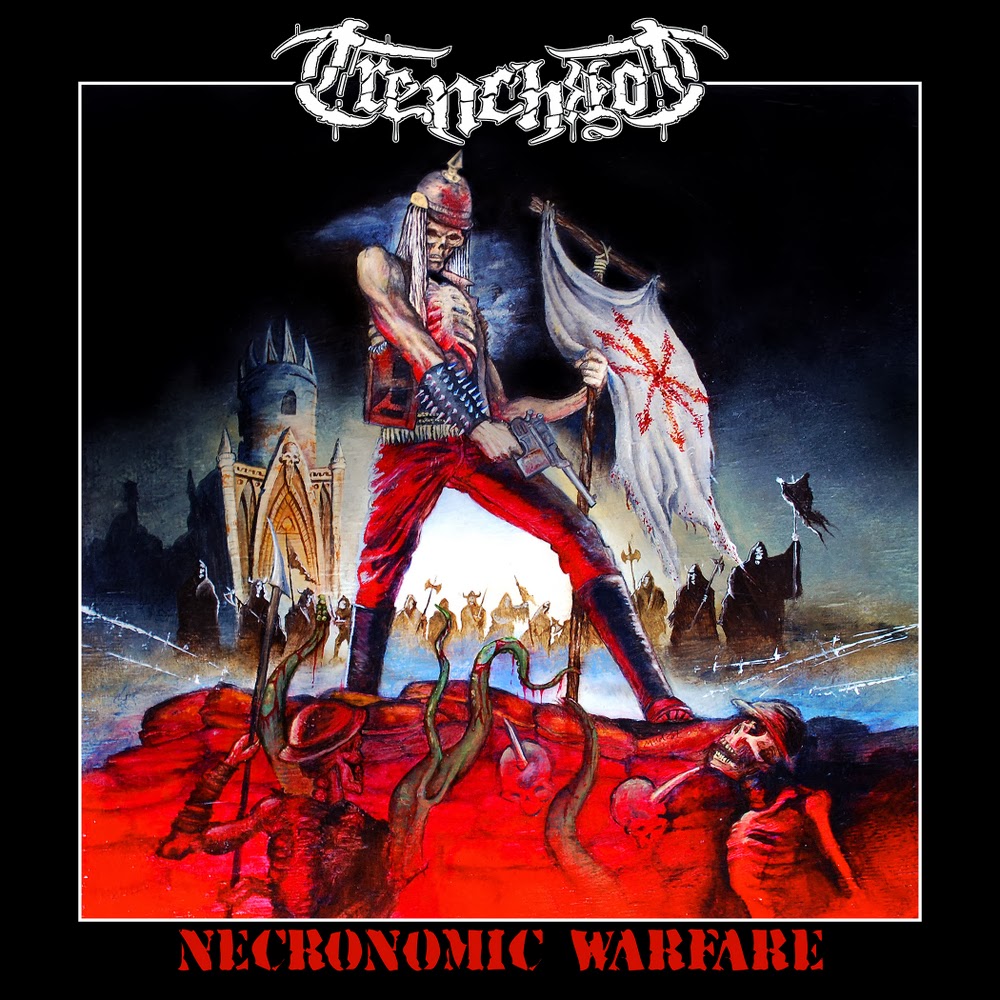 2014 has been a year that has been slow to materialize with great metal. Thankfully Unspeakable Axe Records have unleashed upon the unsuspecting masses a debut from a death metal band that isn't afraid to be traditional as well as adding other not so common elements to their sound. They thrash and bash their way through this album with what seems like a relentless assault from the early '90s, but it is when you subscribe to this notion that they surprise you... with melody. Enter Trenchrot and their debut Necronomic Warfare.

This metal crew from the city of brotherly love has merged melody with old school death metal starting by taking the best solos from Carcass' later career and mixing it in equal parts German thrash metal. Throw that together with Consuming Impulse-era Pestilence and Bolt Thrower and you have Necronomic Warfare. The album art is particularly excellent as it seems to share quite a bit with the iconic cover of Kreator's Pleasure To Kill. Of particular note is the album's second track "Gustav Gun" which plods along like a death march before launching headfirst into the death metal stratosphere. These sections of no frills death metal are the thing that should interest fans of OSDM while fans of melodic death metal would find their niche in the surely impressive melodic hooks and solos.

The song on the album that kind of catches me by surprise is the Swe-Death styled "Sickening Devotion" which blasts down doors like it dropped out of Stockholm circa 1991. It also showcases a realatively "polished" production if you will for a death metal song. It shows a band that is devoted to doing their research when it comes to the roots of extreme metal and the melding of varying styles makes for this excellently extreme debut. Fans of death metal in 2014 would be absolutely mistaken to not pick this bad boy up.