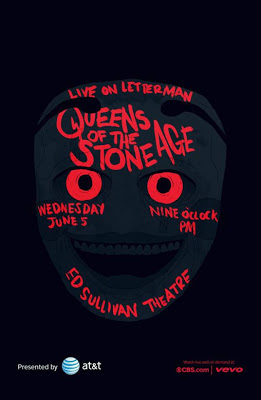 Let’s get one thing straight right now: I was 80% sober when making this decision, and no drugs were consumed, so this should help you evaluate the kind of person I am. What-ever that means.


Cutting out the story of HOW I ended up going to NYC at 1am on a Tuesday, I’ll just say a friend invited me because his band was playing that following Sunday, and why the fuck not. The only issue I had was  Orion Festival was that weekend. FUCK. However, passing up a chance to see Queens of the Stone Age live on the Ed Sullivan Theatre for a private-ish performance would be like returning Rupert Murdoch’s wallet if you found it at a bar. Translation: the stupidest thing one could have done.

Now, let me explain my thoughts on Queens: I FUCKING LOVE THEM. No, really. I went on a tangent about how their music videos are a direct reflection of how insane the music is, to the point where it’s not telling a story, but it’s a visual reflection of what the music would “look like”. For like, an hour. Josh Homme is one of the most talented musicians alive today and coherent enough to still produce quality content. The sound of that man in the bathroom after eating salsa for a week and then getting the flu would be nothing short of a masterpiece. 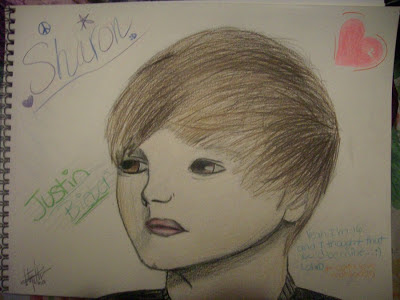 This is what shows up if you Google "Josh Homme toilet". Go ahead. Try it.

But I'm going to be mad honest: I wasn’t fond of my first run through of the new album. I listened to each song as it was officially released, and each time I was underwhelmed. I just felt like the passion wasn’t there like it had been on previous albums. To this, I will comment on again in a few.

When we got there, we were treated like fucking kings. They walked us to the front of the line, then lifted up the velvet rope so we could be in the first 2 front and center rows. I don’t want to toot my own horn, but I’m totally tooting the SHIT out of this horn. I also got to meet the previous producer of the show, as well as the current coordinator, who were both oddly wonderful people given their status and profession….and the fact that they live in New York. Ugh…(Honestly, how is NYC the “Greatest City in the World”?! Really though. The public transit is a hot mess, half it never works, absolutely EVERYTHING smells like piss and sewage, a bottle of beer is $900 and it takes at least an hour and a half to go about 3 miles. Oh, and the cost of living is complete fiscal rape. Go ahead, pay $2500 a month for a “studio apartment” the size of my bedroom. I’ll just stand over here and laugh in your face. Fuck that city.) 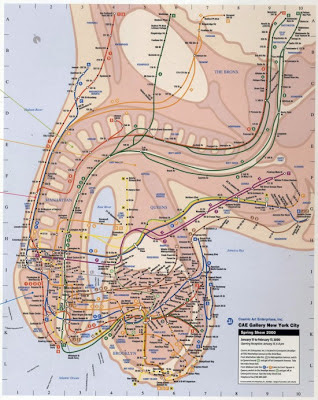 We stayed in the tip. Just the tip...

Anyway, THE SHOW: Pretty much played the entire new album. “My God Is The Sun” turned the place up a few notches, then Josh brought it down with his simple yet captivating piano playing on “Fairweather Friends”.  I’m not going to illustrate the whole show for you, because you honestly need to watch it for yourself. But what I MUST talk about is what they closed with (before the encore), which was the track “I Appear Missing”. MIND = BLOWN. That’s not even an exaggeration. My pants were close to being shat in by the end of that song. I have seen well over 1,000 shows in my life, yet I have never watched a band come together and unify such an intricately polished wall of sound before in my life. They made a mockery of fuckery, in the most eloquent way possible. And the new drummer? His stage presence and style fits Queens 100%. This band has been and continues to be unstoppable. When the song ended, all I could do was slam my fist up in the air and scream “HOLY FUCKING SHIT!!!!!!” 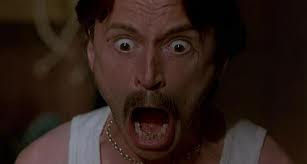 At the end of the day, this show completely gave me a new perspective of  ‘…Like Clockwork’. And no, not because I’ll never hear better sound in my life ever again; because live, it translates much differently. I honestly wish the album was laid out in the order they played the songs that night . If you have had any reservations or qualms about this record thus far, you really need to check out the Letterman Live performance. The passion I didn’t think was there, TOTALLY is.

It boils down to a conversation we were having on the 12 hour drive into the city: when a band has left such an impact with their previous work, they are both hindered and liberated by it through the fans. This is because those of us that really love a groups music end up critiquing it in an unabashed manner, so much so that a band can’t evolve without getting shit for it. You can tarnish your own career by growing musically, which is mentally trying to think about while still continuing on normally as artists. No band is in the same place in their lives or careers year in and year out; shit changes, and therefore your music is going to reflect that. The problem can also lie with an extensive lull in the production of new content, much like in Queens case. They were on Anthony Bourdain: No Reservations more times than we can count during that time*, yet not much of a peep was uttered about new material. 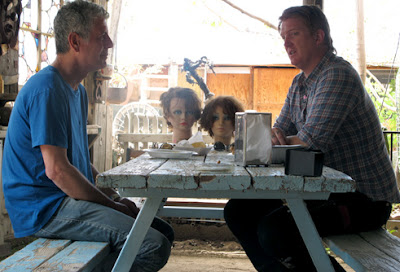 "These heads really tie the room together, do they not?"

ANYFUCKINGWAY, here are the dates for Queen's of the Stone Age upcoming tour, because I'm honestly out of shit to say that has any relevance to music. I just want to go get drunk and watch some fireworks in Detroit. And by fireworks, I mean black people shooting at each other in the dark. Oh, and make sure you check out the link to the Letterman video above. I'm on there like 12 times, so in order to find me, you need to follow me on Twitter. Because those two things have nothing to do with each other. But you should still follow me because I'm awesome: @GiantFag

Posted by Brutalitopia at 7:03 PM

Email ThisBlogThis!Share to TwitterShare to FacebookShare to Pinterest
Labels: ...Like Clockwork, Angela, concert review, Queens of the Stone Age