It is getting hot here in Idaho.  Like real hot.  Like hot enough that my work is considering having us come in super early next week in order to avoid the 108 degree highs in the afternoon.  Which on the one hand, is real nice, because super fuck that noise.  On the other, going in to work early means either waking up even earlier to work out OR working out after work in that insane heat.  Which is just as appealing as working in it.  So I'm not sure how next week is going to go, so I'm using this week's intro blurb to prepare you for the fact that there might not be a post next week.  Got it?

Also, I mentioned two weeks ago that with things opening back up, concerts are one of the things that I'm simultaneously looking forward to and apprehensive about.  Well, throw that apprehension out the window, because that Between The Buried And Me show that I wasn't going to drive to Utah for?  Well, they announced a Boise show.  And since they're playing my favorite album of theirs (The Great Misdirect) in its entirety, and doing another set of career-spanning songs, and just yesterday they announced a new album (Colors II, which ... holy shit), there's just no way I can't go.  So I am, and I'm excited, and nervous, and also can't wait.  So that's a whole lot of fun; Idaho/America, I absolutely cannot stress this enough: if you fuck this up and this show gets canceled, we're gonna have a massive problem. 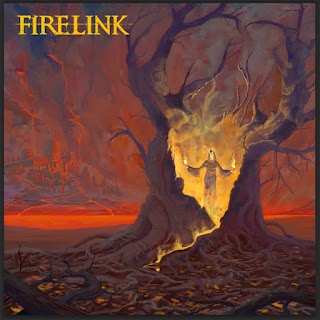 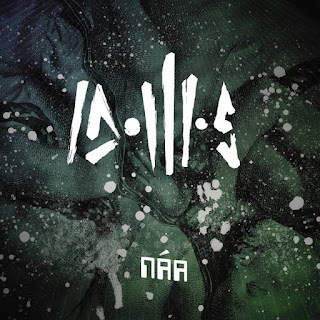 I came across Náa on a No Clean Singing post and since I needed an EP for my HIIT workout, and had listened to one of the other EPs in the post while drinking my coffee pre-workout (and in the interest of full disclosure, listened to the third EP while eating breakfast post-workout) Idolos got the call.  I suppose the music is atmospheric black metal; there are a lot of quieter, eerie parts that really made this a terrible choice for a workout, but a really provocative, exciting listen otherwise.  I feel like those albums (bad for workouts, great otherwise) really stand out even more during these HIIT workouts for some reason.  Maybe it's because you can focus on your lifts and zone out more in a way you can't when you're rapidly moving from exercise to exercise?  I don't know, but I'm sure I'll keep thinking about it.  Náa came out June 1 on Non Posse Mori Records.

Year of No Light - Consolamentum 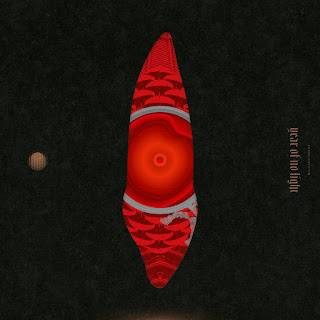 I remember being aware of and listening to Year of No Light way back when I was first getting into metal; I also remember being super jealous of Mick when he found their split with Altar of Plagues on vinyl.  I remember them being a pretty solid atmospheric black metal band, so you can imagine my surprise when I listened to Consolamentum and heard an impressive post-metal album with slight black metal influences.  Now, I'm wrong all of the time, so it's at least equally likely that I'm just confusing two bands as it is that Year of No Light has taken a rather abrupt left turn into Cult of Luna territory.  And at this point, you're probably thinking "Durf, just go back and listen to some old Year of No Light so you can know for sure!" Which, fair, but I'm still laughing at you for how much free time you imagine me to have.  Whatever their roots, however they sounded before, Consolamentum is a terrific, moving post-metal album that lulls without becoming complacent and keeps the tension and excitement humming throughout.  Pelagic is releasing Consolomentum (along with a box set of the band's entire discography, which clearly could be of use to me) on July 2nd. 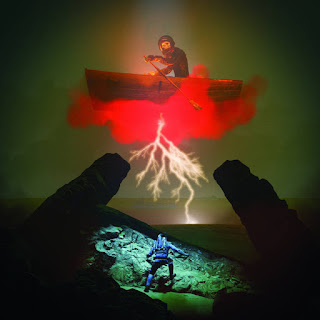 Now here is a band that lives up to its name.  Odd Circus play a jazzy kind of proggy hard rock (or as the PR email says "improvisational avant-rock), which is a lot of adjectives that I'm sure prompted a lot of eye-rolling.  And it is a lot to take it at times, but overall it works and is really enjoyable.  It probably helps that the EP is only 24 minutes long and that I listened to it during a pretty intense HIIT workout; the high energy bits absolutely helped me keep my pace up, while it was easier to tune out some of the wonkier parts that may have lost me with some burpees.  Arch Nova is one of those albums that seems destined to exist on a bell curve, with the middle being people like me who say things like "overall it works and is really enjoyable," and then people on either side being much more eloquent and passionate about how much they love or dislike it.  I'll definitely remember the name Odd Circus; any band making music this unique will always be worth checking out.  Arch Nova will be released on the band's Good Idea Music TODAY! 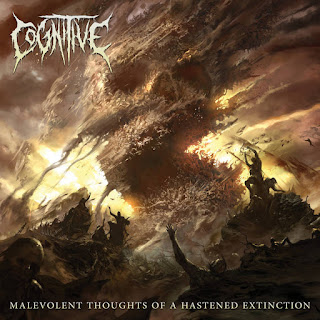 I'll be honest, the only reason I checked out Malevolent Thoughts of a Hastened Extinction is because the PR person who sent the email is one of the brightest, most fun PR people I have the pleasure of working with here at the Töp.  There are quite a few PR people that I'd say we have great, professional, and even fun relationships with, but this person in particular (who I'm leaving anonymous because I don't know their preference on such things and I'm doing this at the last minute so there's no time to email and ask) just has a way with words and communicating that's always fun, which I can't imagine is easy.  It's gotta be hard to be in PR, sending out dozens (hundreds? thousands?) of emails to twerp bloggers like me, trying their hardest to get them to check out an album, just for said twerp to yawn and say "Naw, that album art is weird; no thanks."  I literally could not picture myself being able to do such a job, so whenever this person sends such fun and exciting emails, I can't help but smile and feel like I have check out whatever music is involved.  As for Cognitive, it's kind of the opposite of that Idolos album for Tuesday, in that I wasn't super about the music, but it was fantastic lifting music.  Lots of techy riffs, lots of roaring, energetic melodies.  This one is completely on me for not loving, because I'm super weird about tech death.  It's a sickness, like my Crohn's.  Malevolent Thoughts of a Hastened Extinction is out July 16th via Unique Leader. 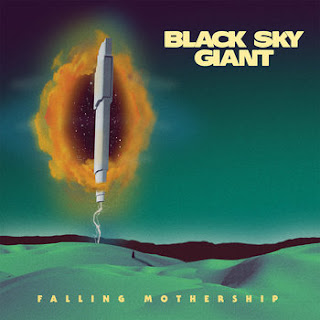 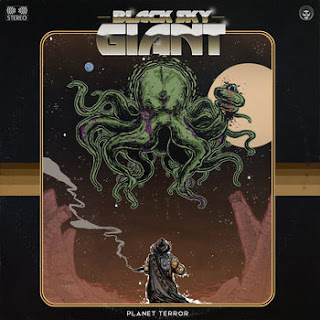 I mentioned a couple months ago that I spend a lot of time mowing the lawn and doing yardwork, and that I since I listen to music while I do that, I'd throw it out if I found anything awesome.  And I absolutely did.  Black Sky Giant throws down massive instrumental stoner jams filled with thick, heavy riffs and instantly mesmerizing melodies.  There's a slight sense of reverb, nothing too crazy, but it hangs over and moves through the songs like bong smoke, and it's enough to get you feeling giggly.  Also, both of these albums came out THIS YEAR, making Black Sky Giant the stoner rock version of, like, Exitum Sui.  Planet Terror and Falling Mothership absolutely hold up to my random, wonky, and flawless Yard Work Music standards, and I'm sure they also work real well for just chillin' and relaxing around outside, too.  Both of these albums are out now, and you should absolutely check them out.  I feel like I've really been getting back into my love of stoner rock and metal lately, and Black Sky Giant may just be the best I've heard lately.

I think the only previous album mentioned that came out today is that Odd Circus album we talked about like three paragraphs ago, so with that, that's the week!  Hope everyone had a great week of lifting and music, and I'll see you back here next week!
- Durf
Posted by Brutalitopia at 9:36 AM