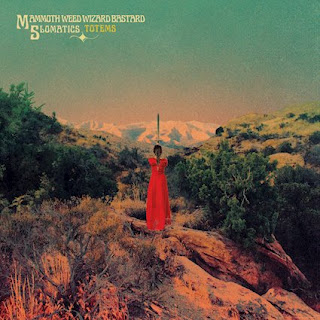 Hello and Happy New Year from the Töp!  I hope your New Year's Eve revelries were full of all the drunken debauchery (or sleep) that you could ever have wanted, and that the first week of 2018 has been all you ever wanted.  We here at Brutalitopia Midwest HQ in Chicago rang in the new year with aplomb, and have been hungover ever since; it's nice to have an excuse besides laziness to pin on such a long delay between posts!  But now we're back, and ready to go with what promises to be another killer year for metal.  Our first review out the gate is a split from two of the UK's finest stoner bands, Mammoth Weed Wizard Bastard and Slomatics.  It's called Totems, and I'll go ahead and spill the lede and say it's one groovy fucking trip.

I've been a fan of Mammoth Weed Wizard Bastard for a bit; their 2015 album Noeth Ac Anoeth was a crushing, fuzzy slice of stoned-out doom riffs, and its thirty-minute closing track "Nachthexen" was an absolute delight to get lost in.  A lot of bands in the stoner genre seem to just get lost in their Sleep worship, but MWWB was different; shades of Sleep are there to be sure, but more often than not the band seemed to revel in doing their own thing and going their own way.  MWWB's follow up, 2016's Y Proffwyd Dwyll, continued to prove that point, while also showcasing the band's songwriting chops.  None of the tracks on Dwyll crack ten minutes, but in the relatively shorter song lengths come a tighter, more focused sort of stoner meandering that was very exciting to listen to. 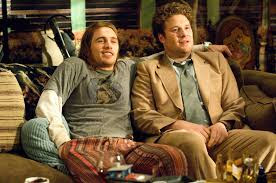 Mammoth Weed Wizard Bastard provides the first half of Totems, made up of the two tracks "The Master and His Emissary" and "Eagduru."  "The Master and His Emissary" opens up with two minutes of dissonance that sounds like some of the background noises on Dark Side of the Moon if they'd have been done in the 80s.  From there, the guitars, bass, and drums kick in to a pounding of riffs before settling into a nice, headbangable groove.  When vocalist Jessica Ball enters the maelstrom, it creates a completely hypnotic and immersive feel, like being stuck in quicksand in a sandstorm.  Occasionally a guitar solo escapes the fuzz and dances above it; guitarists Wez Leon and Paul Michael Davies are both certainly great at what they do, and the addition of solos puts "The Master and His Emissary" over the top into the realm of Great Tracks.

"Eagduru" is much more lithe and nimble than it's predecessor, as the rhythm section of Pete Edwards (bass) and James Carrington (drums) positively dance beneath the riffs.  When the song slows to a more glacial, typical doom crawl over its last couple of minutes, I was genuinely sad; there's certainly a dearth of "fun" music within stoner/doom, and for the bulk of its runtime, "Eagduru" is an incredibly fun listen.  That said, these two tracks showcase Mammoth Weed Wizard Bastard as a band ill content to rest on their laurels and to continue evolving and tweaking their sound, lest it stagnate. There is a much proggier feel to these MWWB tracks than their previous material, a feel that bleeds over and into Slomatics' side of the split.

I was less familiar with Slomatics before discovering this split, by which I mean I had heard the name but never checked them out.  Like so many things in life, this was a glaring oversight on my part.  "Ancient Architects" jumpstarts their side of Totems in an epic, grandiose way.  The riffs are heavy, but seem to rise out of the sonic floor like a mountain range, and vocalisst/drummer Marty's howls use the riff mountains as a launch pad from which to explore the cosmos.  After settling in to a danceable space groove for the middle of the track, guitarists David and Chris fire up the riff engines and Marty once again blasts off for deep space.  "Ancient Architects" is the best track on the very, very good Totems; the epic open and close of the track bookend a fantastic riff-driven groove, and the combination is intoxicating. 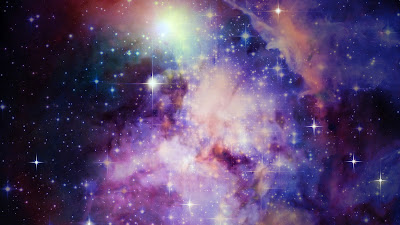 That pinkish purple stuff is the riffs, I think...

"Silver Ships Into the Future" is a haunting piano melody on top of ambient noise; it's the shortest track on the split, at just under four minutes, but it packs an incredible amount of emotion and energy into its runtime.  The notes are sparse, but they stick with you long after the song ends, as the switch to a piano melody truly stands out.  I'd certainly be intrigued to hear Slomatics incorporate the elements of a song like "Silver Ships Into the Future" into a track like "Ancient Architects;" then again, as this is my first experience with the band, I have no idea if they have already.  "Masters Descent" then closes out the split with aplomb; a doomy, proggy, riff-filled track that honestly sounds like a complete amalgamation of every track, both MWWB and Slomatics, on Totems.

The year is only about two weeks old, and already the first stellar split is upon us.  Totems is a fuzzed-out, proggy, doom-laden trip through stoner riffs and potent grooves, from two bands that should absolutely be on your radar going forward.  Flexing their formidable talents, Mammoth Weed Wizard Bastard and Slomatics have crafted five songs that will simultaneously get your blood pumping and ease you into a journey of couch-locked self-discovery.  It's frigidly cold in Chicago right now, so Totems is very much being used for the later, but I'm super excited for it to warm up and let these jams soundtrack some epic outdoor adventures, and I think you will be too.

Posted by Brutalitopia at 12:14 PM