Durf's Treatise on Social Justice Warriors, Scene Bullying, and the War for the Very Soul of Metal 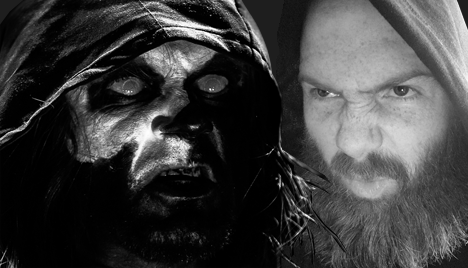 Lately, there has been an uptick in controversies and arguments within the metal community.  Some say that metal is offensive and crude and insulting toward women, the LGBTQ community, and anyone the scene doesn't deem "troo kvlt."  Others say that metal is meant to be extreme, and that it isn't for everyone, and if you don't get it, then kindly go the fuck on about your day.  Still others are still trying to figure out what "troo kvlt" means, and why it's spelled like that (this last group might just be me).  I don't pretend to speak for metal as a whole, or metal blogs as a whole, or even THIS metal blog as a whole, but I feel like there are some things I'd like to say on the topic, so I'm gonna. 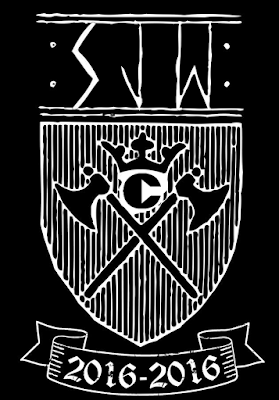 Generally speaking, I tend to fall somewhere between the SJWs and the scene bullies.  I think that people can definitely get too defensive and some are definitely looking for a reason to be offended, and I think that personally offensive art can push you out of your comfort zone and help you grow as a person.  It's important here to separate the art from the artist; I'm 99% sure that George Fisher has never partaken in any of the activities discussed in a given Cannibal Corpse song.  If you don't want to hear or picture that violent imagery in your head, that's fine, but it's disingenuous to tell others to boycott Cannibal Corpse because they're murderers.  Being able to use similes, analogies, and metaphors has been an instrumental writer's tool since someone a long time ago decided "Hey, maybe I should write this down, lest the saber-tooth tiger of forgetfulness maul it from my memory the way the lion eviscerates the elk."  Just because they make you uncomfortable does not make them wrong. 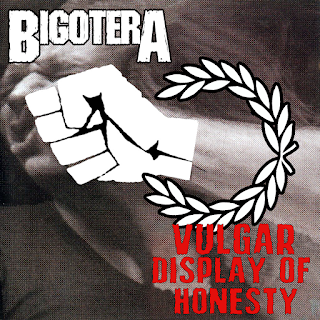 That said, artistic intent does not cover hate speech.  When Phil Anselmo yells "White power!" at a Down show, it's (at best) a joke in very poor taste, and at worst, the true, racist feelings of someone who's been in the public eye for thirty years.  When Phil McSorley refers to the "USBM (United States Black Metal) scene" by saying they "can suck our cocks" and distances himself from that scene by saying "No love, no faggot jean vest friends.  We aren't friends," it's the homophobic ranting of someone who's so "troo kvlt" that he's burned down exactly ZERO churches.  When Varg Vikernes says pretty much anything, it's the hateful musings of a man who desperately wishes to be as relevant to metal as he thinks he is.   All of these statements are hateful and hurtful, which means they're not controversial in the slightest; they're wrong.  Standing up for these men by saying that the SJW boogeyman is out to ruin or tame metal is so woefully incorrect and misguided that it's almost funny.  Almost, because when people stand up for Anselmo, or McSorley, or Varg under the pretense of defending metal, it's hard for me not to think that what they're really trying to defend is what's being said, and not the music of the men saying it.


It's all very simple.  If you don't like a band's lyrics, don't go see them, but please don't try and prevent others from seeing them.  If you don't like the fact that your fellow audience members aren't wearing corpse paint at a black metal show, get over yourself, because metal fans come in all shapes and sizes, and caring about what other people look like instead of enjoying the show you bought a ticket for is asinine.  If you are in a band, and you say racist, sexist, homophobic, or other generally horrible things, cool; one of my favorite things about America is the First Amendment.  That said, one of my other favorite things about America is the free market, so don't get upset when people decide they don't want to financially support a band that says racist, sexist, homophobic, or other generally horrible things.  If you're going to attack people on the internet... well, fuck, nothing I can say will stop people from being cowardly assholes on the internet, so I won't even try.

I have met some of my best friends and some of the absolute coolest people I know through going to metal shows or talking about metal.  When I think of metal fans, I instantly think of conversations over shared beers, sweaty hugs on the outskirts of a moshpit, and the hours of discussion that follow the unanswerable question "Is Deafheaven a good band?"  Metal is a community, one that is only as strong as the people who love it will make it.  We have to stop being assholes to each other, and realize that the fact that we're all at the same show means we already have a lot in common, no matter what we all look like (besides ugly.  We're ALL ugly).  We need to defend the artists who are being attacked for their art, instead of standing beside those who would let bigotry and inflammatory comments be seen as a substitute for actual talent.  We have to stop worrying that metal bands' success means we can't get tickets to shows, and start being excited that more fans mean more new friends to get trashed and throw up the horns with.  Not a single one of us is better than any other.  Lemmy and Dio would have had a drink with all of us, and all of us with them.  Let's try to remember that.

See you in the pit.  Or, more likely, at the bar behind it.

- Durf
Posted by Brutalitopia at 8:39 AM