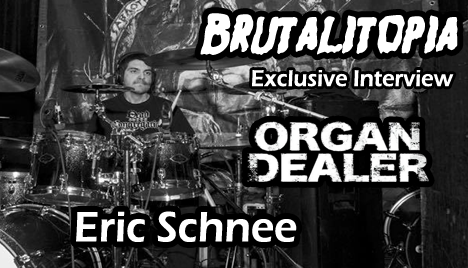 Heavy metal is alive and well in the state of New Jersey; take for example Northern New Jersey's Organ Dealer. Their vicious deathgrind takes the listener and slams their face into the pavement. Luckily their drummer Eric Schnee did no such thing to me on the pavement across the street from their recent show at The Clash Bar in Clifton, NJ. Being the nice dude that he is we talked about the influence of Jon Chang on his style and subsequent band they played in, the New Jersey scene and just metal in general. Have a listen to the calm before the storm.