Sadistic Ritual - Edge of the Knife 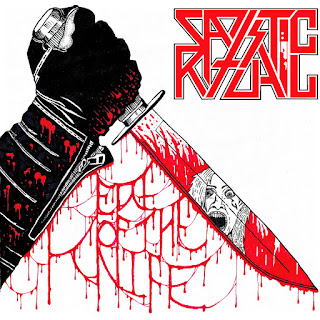 I consider myself to be a huge death/thrash fan; the correct balance of brutality and riffs must be met in order for a band to impress me, welcome to Sadistic Ritual. Charlie Southern's vocals ooze of Mille Petrozza and the band behind him is an unencumbered riff machine. The guitars swirl into a frenzy that is equal parts Teutonic thrash as it is also in the American school. The filth covered worship of death showcases all of the time the band spent under the guillotine. The wonderfully B-horror styled cover adds just another element to this fun and short EP package. Riff on! 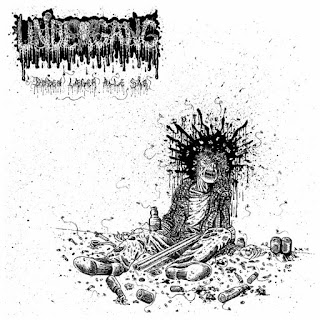 Driven from the Danish depths, Undergang seize control of your eardrums while pumping you full of dread and trembling fear. This is the kind of death metal that is driven purely dirty and grimy production as well as massive aural pummelings. Being my first taste of the band with Døden læger alle sår, they make up a vile concoction. Think a big merciless killing machine that moves about slowly, yet you are unable to escape. The vocals here are horrifying and add the final layer on top of mausoleum mudpie. One listen to 'Jomfrumblodbad' will have those looking for flash and flourish running for the hills. For fans of Vasaeleth or just the slow, crushing and horrifying side of death metal. 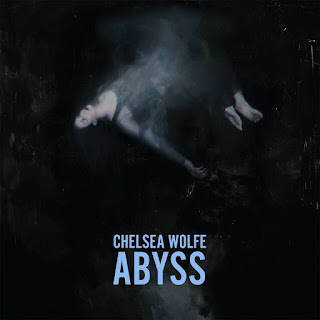 While not metal by any stretch of the imagination, Chelsea Wolfe's latest album, Abyss, provides a serenely bleak listen. Each track's instrumentation is rather minimalistic, but this approach makes the album's darkened nature all the more palpable. Acoustic guitars, electronic beats, and Wolfe's soft yet fragile vocals lull the listener into a false sense of harmonious safety before unleashing large walls of distorted doomy guitars that appropriately dichotomize the ebbs and flows of the album. Opening track "Carrion Flowers" is a perfect representation of this ethos. Tracks throughout the rest of the album tend to lean heavily one way or the other, for the most part. For example, "Maw" and "Survive" reflect the hypnotically beatific side of Wolfe's vocals. On the flip side, "Iron Moon", "Dragged Out", and "Color of Blood" bring out the noisier more sonically abrasive components of her music. Abyss is an album that's full of emotion. The album is certainly permeated with a shroud of gloom and doom, but it also reveals moments of beauty that are virtually unmatched. 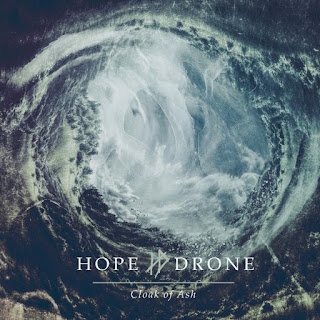 Cloak of Ash is an absolute behemoth of an album, offering up a collection of sludgy black metal dirges that often eclipse the ten minute mark; album opener "Unending Grey" clocks in at a network sitcom-length 20:05.  There are no laughs to be found here though, as Hope Drone takes a journey through all of the grimness and desolation that life has to offer.  Occasionally Cloak of Ash settles into a place of mere melancholy instead of all-out hopelessness, and this shift in mood and ambiance helps keep the proceedings fresh and exciting.  While Hope Drone doesn't necessarily bring anything new to atmospheric black metal, Cloak of Ash is a stunning addition to the genre, filling the sonic void left in the aftermath of Altar of Plagues calling it quits a few years ago.  While the song lengths can be daunting, Hope Drone has crafted an album that moves deftly through the mire, making for one of the better debut - and public transit commute - albums of 2015 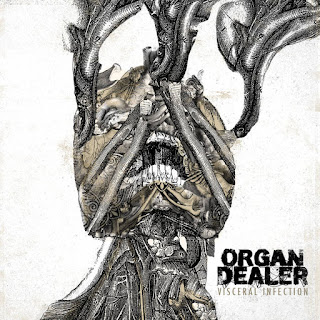 New Jersey grind upstarts, Organ Dealer have helped to deal mass quantities of volume with their debut LP, Visceral Infection. Prepare to take a ride on a technical romp of grind violence reminiscent of bands like Nasum and Gridlink; the technicality coincides with the brutality to make for a marvelously potent mixture. Stuffing 12 songs in just over 20 minutes is a feat in and of itself but with the sheer amount of power in songs like 'No Answer' and 'Piss & Gasoline'; they aren't afraid to slow the pace down and spread it out a bit such as with 'Anencephaly'. Grindcore fans take notice of this collective as you'll surely be hearing more from them soon.