Midnight - No Mercy For Mayhem 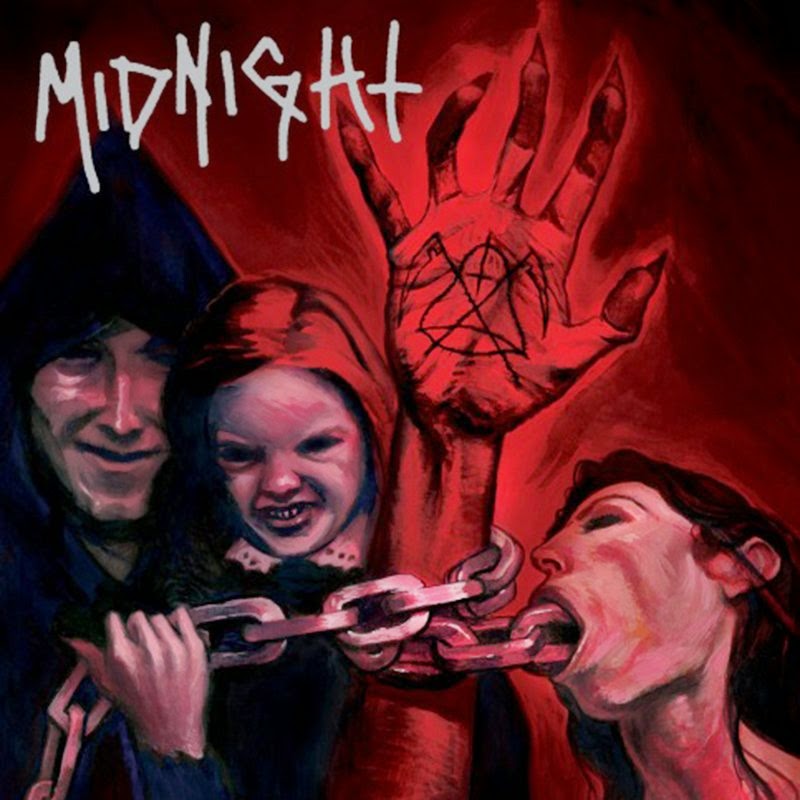 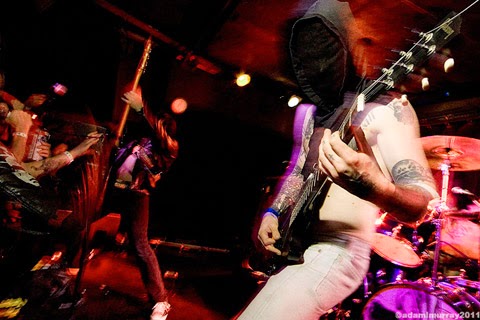 For those of you who missed out on a great opportunity a few years ago, the album's first proper track "Evil Like A Knife" will certainly let you know what to expect during the remaining half an hour. Plenty of gruff vocals and riffs that explode on contact; air guitars not included (but strongly encouraged!). Not to be left out, there is also a potential follow-up to "Lust, Filth, & Sleaze" which invariably felt like a logical progression from Venom's "Poison"... I think you know where this is going. Anyway, the track is filthy and it is called "Prowling Leather" so you'll get the drift.

There are very few slow down points on this album. It seemingly fires on all cylinders for its duration and almost seems to continually pick up steam as it progresses. Perhaps the best song on the entire album "Try Suicide" is the closest the band gets to topping "You Can't Stop Steel," as far as the catchiness of the lyrics and riffs but it sure as hell stands alone as one of the best songs that they have recorded to date. Bombastic riffs blow down the door and the vocal style of Athenar add to the feeling of being "unclean" whilst listening to this album. Commandor Vanik' s guitar solos add credence to Mantas as well as (to a lesser extent) Hank Shermann.

Perhaps another understated influence for the band is made more apparent with "Whiplash Disaster." This is the case of the wonderful NWOBHM which gave birth to the thrash metal movement; Midnight are often heard toeing said line and making a sound all their own. Midnight have followed up an excellent album with another excellent release; a fun filled ride through debauchery, blood lust, and a heavy metal history lesson. When some bands go more serious, Midnight serve us something only to become more ridiculous. This is one of the most fun albums of the year by a wide margin.