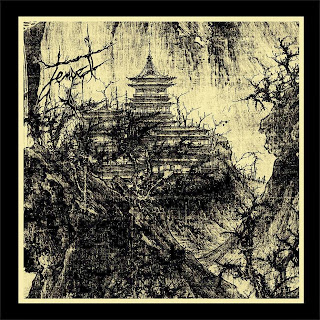 It's always super cool to see bands get signed that truly deserve it. Check out why this signing made us here at Brutalitopia particularly happy after the break.

Prosthetic Records recently announced that they've added to their roster a two-man instrumental piece known as Tempel. These Arizonians are no strangers to us here at Brutalitopia. Durf wrote a review on their debut album, On The Steps Of The Temple, quite a while back when they were still known as Temple. It seems that this album will be re-released through Prosthetic on January 21 of the new year.

So if you've never of heard of Tempel and are interested in lending your ears to some instrumental black metal, check out their first single "Mountain" below.

Email ThisBlogThis!Share to TwitterShare to FacebookShare to Pinterest
Labels: bandcamp, Durf, Mick, on the steps of the temple, Prosthetic Records, Tempel, temple