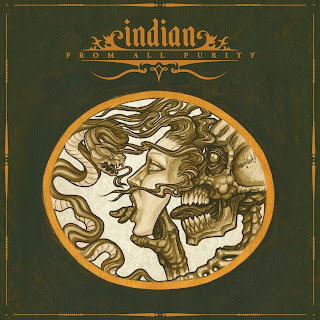 Chicago native doom metallers Indian are releasing a new album!
Check out the details and an album teaser after the break.

What will surely be brutal in every sense of the word, Indian's fifth full length album, From All Purity, is set to release in North America on January 21 of 2014 via Relapse Records. It hits the rest of the world by January 20.

Below is the tracklist and album teaser.
Tracklist for From All Purity
1. Rape
2. The Impetus Bleeds
3. Directional
4. Rhetoric Of No
5. Clarify
6. Disambiguation