This was the Durfette and I's first house; we had a condo in Chicago, but this was our first house with a yard and a driveway and an attic that I've still never been inside in three and a half years.  The OG Durfling learned to walk in this house; if he gets a slight move on, Durfling 2 will learn to crawl here as well.  We acquired outdoor cats with this house, and inexplicably one of them is still alive and kicking (he's an old cat, and at least twice I thought I was seeing him on death's door).  We survived the worst (at least what I fucking hope was the worst) of the pandemic here.  We lost the best dog anyone could ever have, much too soon, here, and we started teaching the OG Durfling to swim.  The list goes on.  And as I was mowing, thinking about the end of our time here and all that's transpired, I couldn't help but think of some lyrics from Mastodon's "Roots Remain," from Emperor of Sand: "The end is not the end, you see/It's just the recognition of a memory."  And that's what we have, memories of moments and events that happened while we lived in this house.  It's a great house, and I'll miss the solitude and tranquility of the area we lived in, but those memories will come with us, and mean just as much to us in our new house in a state where I actually trust that my kids will get a real fucking education.  So if you want to live in a great house for making memories, give me your money.  Otherwise, let's get to the workouts! 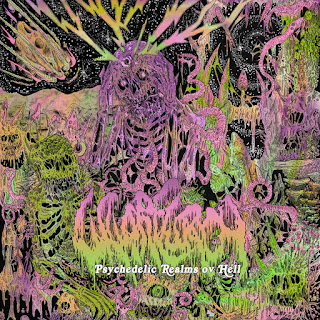 This is going to be one of those times where it seems like I'm being overly negative, but I promise I'm not.  It's just... look at that cover art.  Got it?  Ok, now re-read the album title that accompanies that cover art.  Take the whole shebang in?  So with that combination, I was expecting this album to be a whole lot weirder and wilder.  It was definitely a solid death metal album, and it worked great as auditory fuel on a Monday morning, but I guess I was just expecting a little more "off the beaten path" insanity that it delivered.  Which is probably why that whole "Don't judge a book/album by its cover/title" thing exists.  Also, I'm looking on bandcamp now, and it seems like there are two different versions of this album, so maybe the other one gets weirder?  I don't know, and personally I'm still exhausted from Old Man Gloom's Ape of God mashed up single album/actually double album situation, so maybe on the drive from Idaho I'll listen to them back to back and see what's up.  I'm sure my dad will love that.  Psychedelic Realms ov Hell came out September 3rd, and is for sure worth a listen with open ears.

Giant of the Mountain - Mountain's Blood 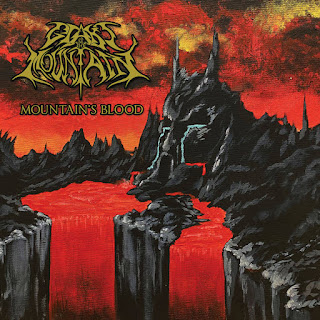 I first came across Giant of the Mountain back in 2010 or 2011 with the release of their debut EP.  I was just starting to get into the metal scene online, and I was stunned that no one seemed to know what band I was talking about.  I assumed that if I had found something, everyone else must have heard it already, because even then I knew that I'd always be late to the game.  But no one else really had heard of Giant of the Mountain yet, which made them mine in that way that people become possessive of music that moves them.  Because that first EP and the follow up full-length Mother Hydra were absolutely my jam.  Sludgy and raw with vocals that ran that gamut from soaring to spine-tingling, I'm 99% sure those two albums are the first I ever purchased on bandcamp, and I listened to them a ton.  So it's cool to see the band is still carrying on after a decade, and not only that, but they're still bringing it hard and heavy too.  Makes me really happy, again in that same way of being overly possessive of music that moves me.  I highly recommend checking this band out if you haven't; definitely an unheralded gem of the metal underground.  Mountain's Blood is out now. 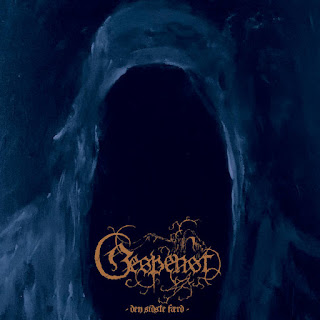 So even though I led this whole blog off talking about my last day of work, because I keep a week's delay in posting, I was actually still working while doing all of these workouts.  And because we had to pour concrete at work today, I had to be there at 3:30 in the morning, so this was a quick HIIT workout at 2am.  Which is somehow even less fun than it sounds.  Thankfully Gespenst was a great pick me up; a random bandcamp find, Die sidste færd is mildly progressive black metal that doesn't slow down or get super pensive, but also isn't just raw and aggressive with no production.  It's also the perfect length to listen to during a quick workout, because you finish your last set right as the music ends, which is just an added feeling of perfect accomplishment that helps you stay awake until you're able to skip away from work for ten minutes to snag some much-needed coffee at 7am.  Die sidste færd came out September 3rd on Vendetta Records. 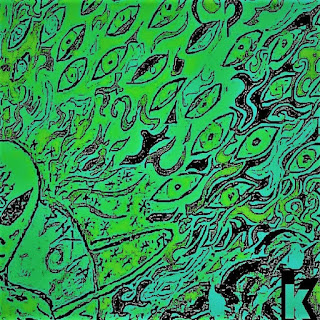 According to their discography page on bandcamp, Event Horizon is kosmonaut's sixteenth release... since 2019.  Which, shit man; that's a lot.  I was going to go through and count how many of those are singles, how many are EPs, etc, but I have a house to pack and a toddler who treats the Cars movies like his own personal heroin, so I don't have time for that right now.  Also, it doesn't matter, because even if it's just sixteen singles, that's fifteen more songs than I've ever written, and they've done it in two years instead of thirty-four.  So I'm still impressed.  Plus, Event Horizon is most definitely not a single; it's a heavy, trance-inducing album of stoner rock that on first glance appears to be meandering aimlessly, going wherever the wind takes it, but the more you listen and the deeper down the rabbit hole you go, the more focused it feels, without losing that carefree sensibility.  This was a good workout album, it's a great packing album, and I'm pretty sure it'll be a solid "driving through Wyoming" album in a couple of weeks.  Event Horizon is out now, and there's at least some chance that kosmonaut has released another bit of music during the time it took you to read this blurb. 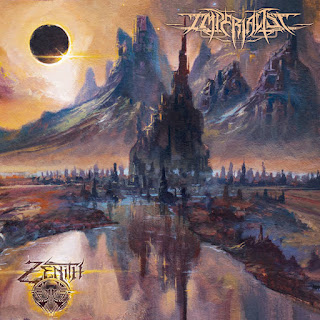 So just like Wednesday, we poured concrete at 4am today, so I had to be at work at 3:30.  Unlike Wednesday, today was my last day, so I had absolutely no intentions of staying any longer than I had to, so I let myself sleep in until 2:15, knowing I'd get my workout in after work.  Which I did, although I was oddly more tired trying to lift at noon having already worked than I was Wednesday doing a HIIT workout at 2am.  Which seems backwards, but whatever.  I should probably just sleep a lot more than I do.  Described in the press release as "sci-fi black metal,"  Zenith tells a story that I couldn't really follow without reading lyrics, but does so over groovy black metal riffs that I very much could.  Zenith is out November 26th on the one and only Transcending Obscurity.

Another week in the books!  Hope it was great for you and you have an enjoyable weekend coming up.  See you next week with more jams, more lifts, and more brütal fun!
- Durf
Posted by Brutalitopia at 8:30 AM