Well, it happened: the Durfling 2: Electric Boogaloo just couldn't wait any longer, so he came into the world on Monday night.  He and the Durfette are both doing great, everyone is home from the hospital adjusting to life with one another, and the OG Durfling is alternating between Tommy Boy-level excitement at having a brother, and Cain-level anger at his brother not being able to play with him yet.  It's a fun time.

As you can probably imagine, having a newborn is not exactly conducive to early morning workouts, so I was only able to hit the weights once this week.  Obviously family comes first, and I'm happy to help out and, you know, nurture my son at the expense of my workouts.  But it is an adjustment.  I've gotten so used to having my time in the mornings, to working out and listening to music, and while I know I'll get it back at some point... I'm going to miss it.  I'm 34 years old, and in those years I've learned that I'm a creature of habit, someone who likes doing the same things at the same time every day.  That's out the window for now.  Having a newborn is also not really conducive to having any sort of free time whatsoever, so I also didn't listen to five albums this week.  So I'll have to get by trying to work out when I can, and listen to new music when I can.

Between a lack of sleep, going back to work, and dealing with everything, I also couldn't tell you on which days I listened to what album.  So for this week, I'm eschewing the usual daily format and am just gonna list the one new album I listened to this week.  Hopefully this post will be back to normal sooner than later; I'm already missing my garage time, but it's a fair trade for a happy, healthy family.

Wreche - All my dreams came true 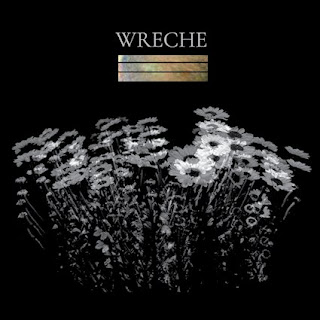 A lot of times when I do these posts, there's a bit of a delay between when I listen to an album and when I write about it.  Because of this, there are also times when I need to go back and re-listen to something a little in order to remember what it is I'm writing about.  It's not a knock on the bands or the albums, there's just a whole lot going on in the ol' Durf Noggin, and sometimes I need a little refresher.  I give you this little peek at how the sausage is made because 1. That's the primo content you all pay for, and 2. That was absolutely not the case with this album.  Wreche is the project of John Steven Morgan, and it is a jaw-dropping, unforgettable album.  Harsh, abrasive black metal with a piano or keyboard in lieu of guitars, All my dreams came true is utterly hypnotic and entrancing, devastatingly haunting, and almost uncomfortably personal.  There's a gothic horror undercurrent flowing through the album, and in case it isn't coming through, it absolutely blew me away.  It's unlike anything I've ever heard, and each time I've listened to it since, I've discovered something new and grotesquely beautiful.  I can understand if this album isn't everyone's cup of tea, but you absolutely owe it to yourself to listen to Wreche and check this album out; I feel confident that no matter your take on the music, it will be like nothing you've ever heard.  All my dreams came true is out May 14th on Handsmade/Acephale Winter, and again, you need to listen to it.

So that's the week, such as it is.  I'm hoping to keep these posts going, but it's foolish to think it'll be in the same incarnation as it's been the past few months.  Whatever the case, I know I'll get some workouts in, and I know I'll be listening to new music, so I'll be posting something in some form regardless.  Here's to the grind.