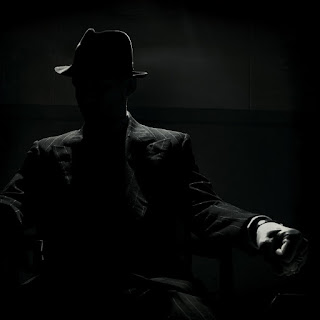 Chicago-natives The Atlas Moth have always had a special place within my rotation of music that I choose to listen to. Unlike the vast majority of other bands, I don't listen to The Atlas Moth because I want to cure an itch for x-genre specific stylings. Rather, I listen to the band because I'm in a need of something that grooves but also leaves plenty of room for my mind to wander and even relax. Combining elements of stoner metal and psychedelia, their music is certainly layered, but never so-much so that it's overwhelming. Quite the contrary, The Atlas Moth harness a sound that is heavy-hitting but even more so sedative. The band's latest effort, Coma Noir, manages to keep this allure in-tact while also embracing more of a straightforward metal approach to the songwriting. No strangers to change, The Atlas Moth's sound continues to evolve into a new yet comfortable direction with their Prosthetic Records debut.

The title track kicks off the album and right from the get-go conveys the band's new leanings. All guitars usher in a rush of commanding rhythms, note bends, and transitions that are as fluid as they are easy to get into. "Coma Noir" also showcases the band's newfound up-tempo speed. Stavros Giannopoulos' screams remain as piercing as ever but take on a certain vigor that was presented with the track's overall faster momentum.The shamanistic chants of David Kush also take on a new life as a powerful second percussive accent to the guitar cadences. While the album's overall intensity peaks early with the title track, Coma Noir goes on to deliver a slew of riffs and melodies that are paced wonderfully and don't leave any lulls during the rest of its duration. "Last Transmission From the Late, Great Planet Earth" features a great ascending riff in the verse (took me a bit to place it, but ultimately reminded me of System of Down's "Aerials") that's backed by synths to give it more depth. These synths and other electronic accents are used deftly to further aurally texture the soundscapes being crafted. "The Streets of Bombay" harnesses riffs that cycle effortlessly with a strong transition in the middle that brings Kush's reverberating hymns to the forefront. "Smiling Knife" and "The Frozen Crown" round out the Coma Noir's back-half with more infectious grooves that roll back and forth seemingly without end (in a good way, of course).

Coma Noir may not have packed the psychedelia quite like An Ache For The Distance did, but it does leverage a similar hypnotic hold over the listener, one that is expansive yet easy to digest. As opposed to being buried underneath distortion, the production is more crisp, allowing the guitars and drums to pack more of a direct punch. The band has always demonstrated the ability to churn out great riffs and melodies, but Coma Noir is where they decided to go full steam ahead. It's a great balance for their discography and also for their live sets to come. Where the future will take The Atlas Moth is unpredictable, but Coma Noir proves that even if that new direction is a newer direction, the band can deliver and then some.