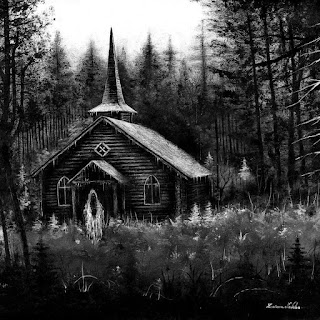 An interesting thing about instrumental music is the way it's judged as its own genre, as though a lack of vocals is the most notable characteristic of the music.  And while certainly instrumental music does provide a different listening and live viewing experience, I feel like labeling bands as simply "instrumental" lumps them all in together, as though they all sound the same, which is erroneous on multiple levels.  From the black metal of Tempel, to the post-metal riffs of Pelican, to the driving soundscapes of If These Trees Could Talk, instrumental bands are just as varied and cross-genred as their vocal counterparts.  Of course then there are bands like Shroud Ritual, a one man project out of Washington D.C.  Five Suns, the band's debut album, manages to blend and transcend genres, leaving instrumental as the easiest, laziest way to categorize their thoroughly unique sound.

"Heirloom" opens the album with an isolated, mournful guitar melody that's soon joined by a piano to create a dark, somber harmony.  "Heirloom" sounds a bit like post-Watershed Opeth (specifically "Marrow of the Earth"); whether you find that to be a good thing or a bad thing is essentially irrelevant, as "Heirloom" is a minute and a half long.  It serves its purpose as an intro track though, in establishing the overall mood and tone of Five Suns. 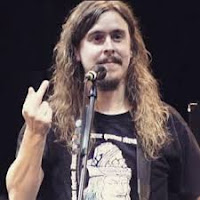 Yeah, but was it based on a 70s prog album that only 10 people heard?

"Lightless" is, for most of its runtime, a relatively straightforward death metal jam, until it takes a major turn and throws in a Chris Letchford-esque guitar solo.  It's not my favorite part of the album, but this solo is representative of what makes Five Suns so enticing: in no way did I see it coming, and it sounds like something from a completely different album, but it fits so well and creates something new and intriguing.  If I could bottle my reaction to that solo from the first time I heard it, and consume and bask in it constantly, at least a dozen craft breweries would go out of business.

"Celestial Dome" is a tremendous slice of atmospheric black metal, opening with a piano, featuring some acoustic guitar, and then settling into and ending with a nice little progressive death metal jam.  It's a fantastic song, and although at nine plus minutes it manages to not feel rushed, it has so many cool ideas and different influences that I can't help but want to see each of them explored more in depth; the last four minutes of "Celestial Dome" feature passages that would not feel out of place in a Gojira, Animals as Leaders, DTP, or Porcupine Tree track, and Patrick (the "man" in the one-man nature of Shroud Ritual) handles the instruments deftly, moving between genres and into and out of solos and bass riffs adroitly. 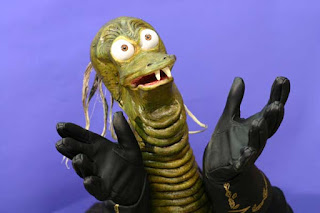 All without introducing a coffee-loving puppet alien.  Somehow.

The back half of the album contains my favorite songs: "Verdant" and "Sleep & Oblivion."  "Verdant" is a mellow, mainly acoustic guitar and piano track, that provides a break from the heavy, progressive overtones of Five Suns.  Between "Heirloom" and "Verdant," it's clear that Shroud Ritual could very easily make an album entirely in that style that would be compelling and wonderful.  Think Agalloch's The White EP or one of Steve Von Till's solo albums.  Moving between the styles also makes Five Suns all the more compelling; it shows that Shroud Ritual has a talent for writing songs, as opposed to just death metal songs, or black metal songs, or acoustic songs, making Five Suns feel cohesive, as opposed to an exercise in different styles.  "Sleep & Oblivion" starts with a staticky vocal sample, before exploding into a driving mash of riffs and drums that takes a small, atmospheric break three quarters of the way through.  I don't really have anything profound or intelligent to say about the song, except maybe that I immediately added it to my gym playlist, and it's a lot of fun.


Five Suns is one of those albums that makes me feel incredibly fortunate to be writing for Brutalitopia, because had it not shown up in our inbox one day, I probably would have missed it.  There's so many bands and albums and songs out there worthy of attention that it often feels impossible to get to all of them; needless to say, I'm incredibly happy to have discovered Shroud Ritual.  Hopefully the band is able to find some touring members and move into the physical media realm; I'm really hoping for a vinyl press, because 1) Of course I am, and 2) the artwork by Luciana Nedelea is stunning in its natural creepiness, and I really want to have it larger than in my iTunes window.  Five Suns is a promising debut, and a welcome addition to a fantastic year of music.  I look forward to seeing what Shroud Ritual does in the future, but for now I'm content enjoying one of the year's most enjoyable records.