Dillinger, Escaped: A Fan's Remembrance of the Dillinger Escape Plan 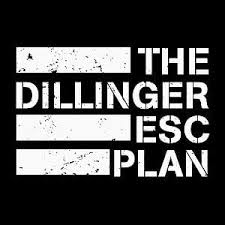 I'll never forget the first time I listened to The Dillinger Escape Plan.  Some friends were coming into town to visit for a long weekend, and I had a couple hours to kill before their bus got in.  As I wandered around a Borders (remember those?) in the Chicago loop, I found a book to read and decided to buy a CD as well (remember THOSE?).  I had never listened to DEP, but I knew them by reputation, and so when I saw Miss Machine on the shelf, I decided "why the hell not?" and picked it up.  As soon as I got to the el, I ripped the cellophane off and threw the disc into my bright blue Sony Walkman (remember TH... ok I'll stop).  Forty minutes later, I woke up from a thorough, bruising audio beating.  Miss Machine was like nothing I had ever heard. 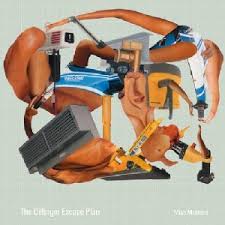 I'll never forget the first time I saw The Dillinger Escape Plan live; conveniently enough, that same weekend those friends came to Chicago, we were going to an AFI concert where the opening band was Dillinger.  I loved AFI at the time (still love Sing the Sorrow and Decemberunderground), but we spent the entire two days before the concert listening to Miss Machine and Calculating Infinity (which my buddy had brought) while drinking whiskey and playing Rock, Paper, Scissors, Slap.  I was overwhelmed by the band, and had no idea how they were going to translate live.  I didn't see how it would be possible for the energy on the album to translate to the stage.  I was so young and naive. 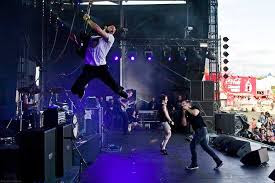 As soon as the band walked on stage, there was an energy.  Frontman Greg Puciato, who I would later learn was new to the band, strode up to the microphone, took it off the stand, and then THREW THE MIC STAND INTO THE GODDAMN BALCONY.  Or tried to, rather; it hit the railing and fell into the crowd, but that's irrelevant.  This was insanity.  The way the band moved onstage, the complete and utter disregard for space or equipment, wanting nothing but to put on the best possible show, to leave everything out there... holy shit.  I've seen DEP three or four times now, and they have never not delivered on that promise (granted, I've only seen a mic stand thrown once, so maybe your definition of success is different than mine). 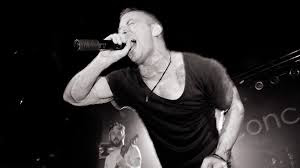 I'll never forget the first time I really regretted not being able to procure a piece of band merch.  The Supreme Court had just ruled that gay marriage was legal, and in response to the bigotry and hatred they saw online, Dillinger put out a shirt.  A tank top.  Tie-dyed.  With a unicorn.  A unicorn that has a dick instead of a horn.  With a rainbow.  I wanted that shirt.  I needed that shirt.  As I was unemployed at the time, I asked the Durfette to front me.  She did not, which sucked, but I absolutely cannot argue with her reasoning: "I know it's an awesome shirt, but you'll wear it everywhere.  If you had that shirt and your dad died, you would wear it to his funeral, and I don't want to be responsible for that."  She wasn't (and rarely is) wrong. 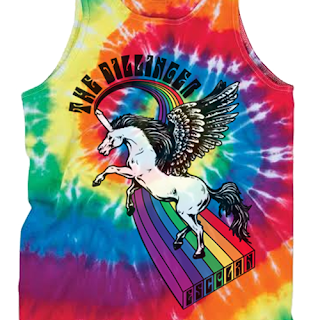 A few weeks ago, the Dillinger Escape Plan announced that after touring in support of their new album Dissociation (out October 14th), they will be taking an "extended hiatus."  Who knows what this means; while I appreciate the fact that they aren't calling it an end, the fact remains that we've likely seen the last of DEP for a long while (or will have, post-tour).  And you know what?  I'm happy with this decision by the band.  I'll miss new material from them, sure, but of all the bands working today, I don't think any espouses the mantra of "burn out, not fade away" more than Dillinger.  Can you imagine a DEP album made by a disinterested band?  Half the reason any of their songs work at all in the first place is the manic energy and dedication they put into it, and that's not something you can fake.  The writing has been on the wall for awhile; different members have different side projects that they seem very excited for, and it really does seem like the band is ready to move on.

So as we look forward to Dissociation and (more importantly) the subsequent farewell tour, we look back on a band that has released a half dozen albums, one of which is a no-brainer Hall of Fame album (Miss Machine), two of which are easily great (Calculating Infinity, Option Paralysis), and the rest of which are at least good to very good.  Additionally, the Dillinger Escape Plan is, hands down, the greatest live band I have ever seen, playing tight, technically perfect songs that are batshit crazy, all while jumping around on the stage, giving their blood and sweat and everything to every show, going batshit crazy in their own right.  So don't mourn the loss of new Dillinger; instead, focus on the greatness that the band leaves in their wake.  And don't you dare miss out on that farewell tour.  Here in Chicago, they're playing a 300-capacity bar called the Cobra Lounge as a Riot Fest After Show.  I'm going to miss them after they've finished bulldozing that motherfucker from the inside.