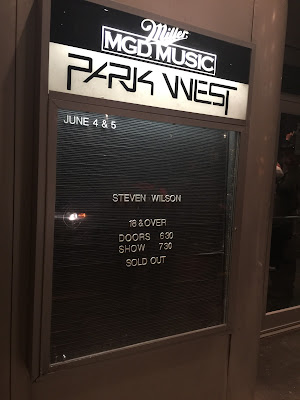 Since we had achieved the unimaginable by interviewing Steven Wilson in-person just over two years ago, Durf and I were determined to not miss him again as he came through Chicago late last week for two shows at Park West.  While we unfortunately fell short in terms of landing another interview, we were lucky enough to catch both shows between the two of us.

Check out our thoughts and some pictures of the show after the break!

I (Mick) went solo to Wilson's Thursday night show, courtesy of a last minute photo pass hook-up.  As I approached the venue, the line wrapped around the corner and down the block.  Both shows had been sold out for a few weeks.  How I ended up getting a seat just two seats away from the stage is still lost on me, but there I was, eager and ready with my three beers (there was a $20 minimum at the bar and I knew I wouldn't be getting up once the show started so I planned ahead).  Being that I was there by my lonesome, my ears picked up more from my surrounding concert-mates than they usually would.  I first deduced that I was the only one in my immediate vicinity who actually lived in Chicago.  The fellow concert-goers at my table were from all over the Midwest, displaying a devotion to Steven Wilson that was encouraging.  Alas, that devotion quickly devolved into the typical pissing match many a metal audience is guilty of.  Fans went back and forth about what shows they've seen Wilson play, Porcupine Tree play, King Crimson play, and everything else in between; Other common debates were as follows: What band had a lineup change? Who exactly was changing? What album was it in between? What year was it? All in all, the ramblings of the audience became a storm or tedious trivia memorization.

Once Steven Wilson and his crew hit the stage, nothing else mattered.  The band opened the show by playing the first four tracks off the new album, Hand. Cannot. Erase., and they were fantastic in the live setting.  I was pretty decided in my review of the new album that Wilson's prior material shone brighter, but seeing the new tracks played live gave me a new appreciation and perspective on the album.  The rest of the set would see Wilson playing the majority of Hand. Cannot. Erase. and interlacing a few one-off tracks from other discography material.  While it was no shock that a few of these one-off tracks were from his three prior solo albums, the big surprise came in the form of some unexpected Porcupine Tree material.  "Lazarus", "Trains", and "Sleep Together" are songs I never thought I'd be able to witness live (with Porcupine Tree's ongoing hiatus and all) but I did, and they were life-changing.  The show itself, in terms of the lighting and the stage setup, was also phenomenal.  A large screen was placed behind the band where the whole visualization of Hand. Cannot. Erase. and music videos for the one-off tracks were constantly playing.  It brought a whole other dimension of appreciation for the music; one that makes a Steven Wilson concert an unrivaled experience.

Unlike my cohort Mick, I (Durf) was "only" fortunate enough to catch Steven Wilson's second sold-out show, but I ain't complaining.  I'll take any SW over none, and when you add that to the fact that this is probably the most excited the Durfette has been for any concert I've suggested since we've been together... well, I was stoked for this one.  And I'll echo Mick by saying Steven Wilson and his band did not disappoint.  As Mick noted, there were videos playing behind the band, and for all of the Hand. Cannot. Erase. songs, they comprised a sort of short film that accompanied the concept album's story.  These videos were nothing short of stunning; the stop-motion animation video for "Routine" added such a gravitas to the song that I'm sure there was more than one misty eye in the house.  Hand. Cannot. Erase. is an absolute masterpiece of an album, and hearing the songs live, performed with the energy and technical precision that Wilson is known for adds a whole new dimension to an album that is already incredibly complex and moving.  "Ancestral" and "Happy Returns" especially were transcendent performances.

While the new songs were just as spectacular as I wanted them to be, what really made the show memorable were the other selections.  When Steven went into a long-winded (as he tends to be) monologue about doing a song "by a Canadian songwriter," I prepared myself for something I'd never heard; what I got instead was an absolutely stunning cover of Alanis Morisette's "Thank U."  When he played "Index," one of my all-time favorite songs, the first verse and chorus were changed to a spoken word delivery that made the song (somehow, impossibly) even creepier.  And though he only played two songs from his previous masterpiece The Raven that Refused to Sing (and other stories), the selections of "The Watchmaker" and "The Raven that Refused to Sing" were incredible, perfect choices that brought the house down during the encores.  Oh, and Wilson also trotted out "Harmony Korine" and "Sleep Together," seemingly for shits and giggles, the way a pitcher throwing a perfect game will change speeds at will; he knew he had every member of the audience in the palm of his hand, and he responded by blowing our collective minds for over two hours.

Mick said that "a Steven Wilson concert [is] an unrivaled experience," and I agree.  I'd go one step further, and say that Steven Wilson, between his studio output and his live shows, is an artist that is nearly unrivaled, that a generation from now kids will discover him the way Mick and I's generation discovered Pink Floyd twenty years after the fact.  You can debate about their rankings and merits, but the fact is between his solo output and Porcupine Tree, Wilson has delivered a half dozen classic albums, and the two times I've been lucky enough to see him in concert have been the two best concert experiences of my life.  Seeing Steven Wilson play live is seeing a master at work, seeing one of the very best people at what he does do what he does.  It's to be savored, and appreciated, and reflected upon.  It's not to be missed. 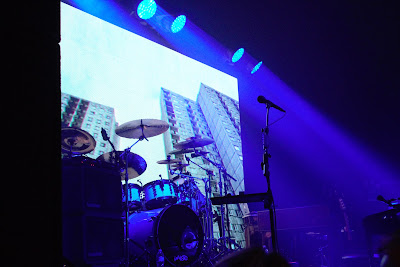 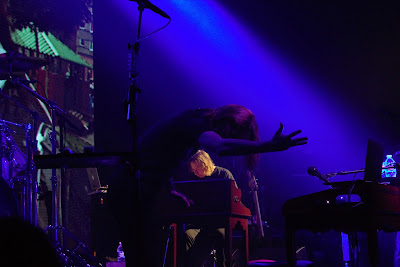 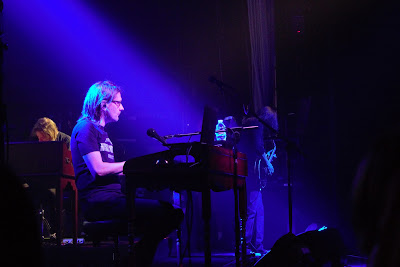 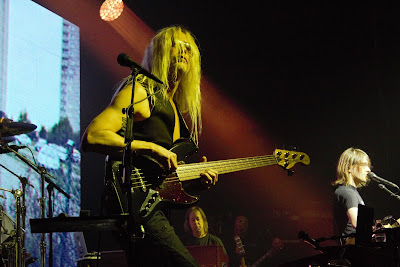 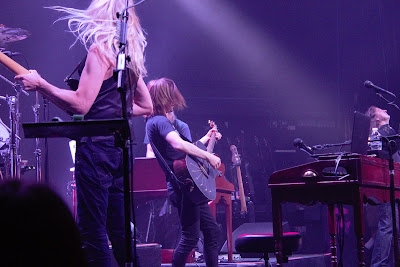 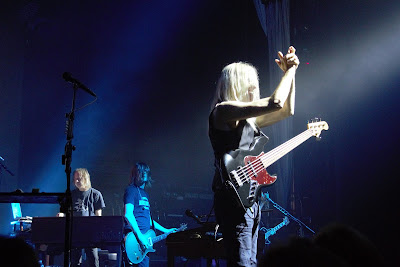 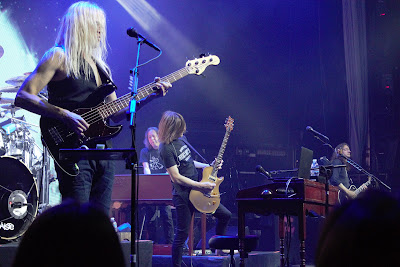 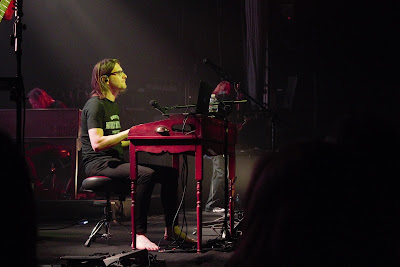 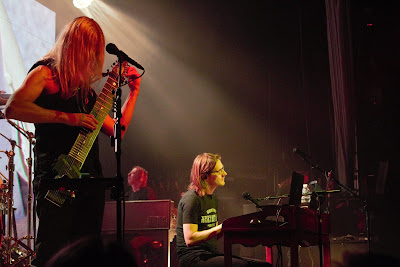 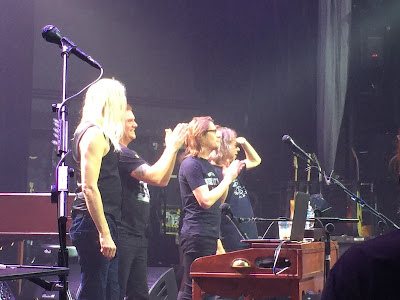