Bucket List Shows: The Bands I Need to See 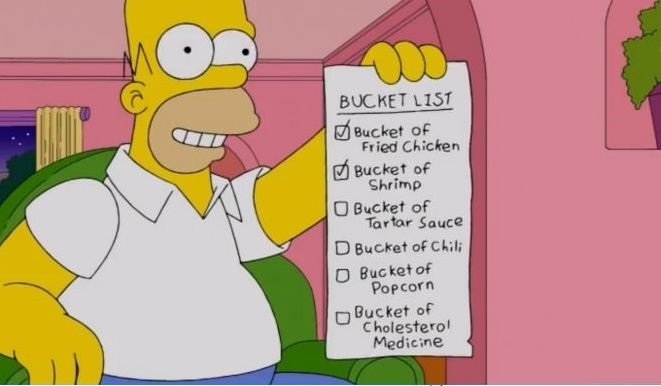 I'm fortunate to live in Chicago, a city that has a staggering number of music venues across all shapes and sizes, including multiple joints that pull in a terrific number of metal bands.  Rare is the tour that misses Chicago, and even then, there's a 99% chance the band is playing Milwaukee, which is a short drive north.  Like I said, fortunate.  That said, occasionally there are shows I miss out on, for any number of reasons, and that makes me sad; I love seeing bands live, and I love seeing bands I love live even more.  In thinking about some of the gnarly concerts coming up, I started thinking about the bands I've missed over the years, and came up with my ten "Bucket List" bands, the bands I most want to see before I shuffle off this mortal coil (hopefully not anytime soon).  I stayed away from bands that have broken up (or Isis would have made the list) or older bands whose members aren't going to do it (same for Pink Floyd).  A few honorable mentions before we get this show on the road: Tool, Meshuggah, Lamb of God, Anathema, Sleep.  All would be amazing to see, but they don't quite crack the Top Ten.  So... here goes!

I know Pallbearer has only been around for a couple of years, but Sorrow and Extinction and Foundations of Burden are two insanely good albums that have gotten quite a few spins from me in that short time (as well as cracked the Top Five of my Year End lists in both 2012 and 2014).  I'm still testy that my Crohn's flare forced me to miss out on seeing (and interviewing!) these guys when they came through in December, but I'm seeking to cross them off when they hit the House of Blues as part of the Decibel Magazine Tour in April (along with a band that appears further down on this list).

I've taken quite a bit of heat from some folk for my enjoyment of Nightwish, and I suppose it's well warranted.  The band frequently delves into melodrama, both in and out of their songs, and symphonic power metal really has to be listened to with your tongue planted firmly in your cheek... but I don't care.  I love this band, and I have high hopes for their new album coming out this year with yet another new female vocalist.  Sadly, I don't see myself seeing them anytime soon, as their tickets for the Chicago date on their upcoming tour are a teensy bit out of my price range.

8. Wolves in the Throne Room

As far as I know, these purveyors of North American black metal have only been to Chicago once, and I missed it because of a night class (Kids, you can ALWAYS skip class for a concert.  Even if your professor says they'll drop your grade a letter, if you're attentive and participate in the classes you go to, they won't).  Everything I've seen of their live show is pretty stellar, from the sparse lighting to the way they just set up and play, not to mention WitTR has long been one of my favorite of the folksy/black metal bands.  Definitely hoping for a tour (and less synthy album) from these guys soon!


I got into Carcass way, way, way late; Surgical Steel was my first Carcass album, but in the year plus since it's been out, it's solidified itself as one of my All-Time albums.  Going back through their discography didn't yield many misses either, so hopefully reports of them working on a new album are true and I'll get to go sometime soooooon.


I honestly have no idea how this show would play out; I can tell you that I've listened to Sunn O))) for years, and that I love their music; I can also tell you that if you played me ten songs in a row, I could maybe guess two song titles (but would probably do better with what albums they're from).  But I feel very strongly that any song from any album would be absolutely incredible live.  Probably gonna need a festival for this one.


Another band I get to (hopefully) cross off this list in April, Converge was the first hardcore band I was ever introduced to, and while the genre itself didn't really stick, Converge did.  I remember the first time I listened to Jane Doe, and the incredible feelings prompted by Axe to Fall, and the fact that EVERYONE I've talked to says Converge live shows are even more intense than Dillinger shows... fuck yeah.  I want to be all up in that pit.  See you guys at the House of Blues in April.


I've never done my proper diligence on Maiden; they weren't one of the bands that got me in to metal, and while I've heard and enjoyed plenty of their songs and albums, I don't know enough to really have a favorite, or to debate the finer points of their discography.  Much like seeing Slayer a few years ago, this is a legacy pick, a band I know that I need to see live as a metalhead.


The first metal band I ever knew, Metallica blurs the line between legacy pick and band I genuinely would like to see perform live.  The pros: "Master of Puppets," the chance they pull a S&M and do an awesome collaborative show, the fact that their set lists seem to ignore everything after 1991, it's embarrassing that I'm almost 30 and haven't seen the most popular metal band the world has ever known.  The cons:  There's no way this is happening without me being so far away that I'm forced to watch the jumbotron instead of the actual concert, even after Ticketmaster takes their cut, I'll still be giving money to Lars Ulrich, the opener has a 30% chance of being Godsmack, Disturbed, or Buckcherry.


I feel like Jack, by virtue of being in the Bay Area, gets to see this band every other week, and I hate him for it.  Jealousy is an ugly beast, but this is Neurosis!  I know they've cut down on the visuals aspect of their shows to focus on the music, which is awesome, although I would have loved to see some of the stuff they did with Josh Graham live.  Either way, seeing these guys would be an absolute treat.


The only band on this list I've known about longer is Metallica; the only band on this list I've missed more opportunities to see live is... none of them.  White Pony came out nearly fifteen years ago, and immediately stood out in the nu-metal scene.  Since then, all Deftones have done is put out tremendous albums, weathered horrific tragedy, and released even more tremendous albums.  I've long said that Deftones outlasting their (wrongly categorized) nu-metal peers was somewhat of a surprise; that Diamond Eyes and Koi No Yokan were as strong as they are two decades into the band's career is another pleasant surprise.  Word is the band is recording a new album; I've already decided that I'll move heaven and earth to see them when they tour in support of it.

Any egregious omissions?  Who are your bands you most want to see live and haven't?  Sound off in the comments below!

-Durf
Posted by Brutalitopia at 8:30 AM