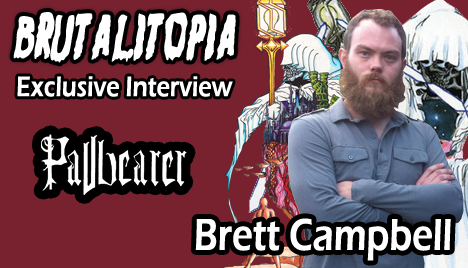 This past Thursday in Chicago, I made my way down to Subterranean on a solo mission to interview one Brett Campbell from the critically acclaimed Pallbearer.  The band was playing a sold out headlining show with Solstafir and Mortals as opening support.  It should go without saying that the concert itself was amazing in every sense of the word.  The interview also happened to turn out really well.  Despite the comedy of everything that was happening around us, we went deep into the essence of Pallbearer's sound and other fun topics.

Be sure to check out the interview after the break!