Panopticon - Roads To The North

With the return of Panopticon and their new LP Roads To The North, it now marks over 2 years to have digested their most recent output, the masterful Kentucky. The immense task of following up such a sensational album could be something that could break (mostly) lone member Austin Lunn whose has gone through many different life affirming changes in the time between these records; whether it be trying out a new profession or even with wonderful new additions to his own immediate family. Whatever the case may be, such experiences seem like they have gotten to Lunn who is able to weave the good and the bad into his emotive style of black metal, mixed with progressive death metal and a touch of bluegrass; not forgetting his Kentucky roots.

The opening duo of songs, which amounts to 21 minutes of technical excellence, really help to hook the listener whether it be fans of old or those just checking out what Panopticon is all about. With the beginning of "Where Mountains Pierce the Sky," you can sense the sheer magnitude of the land that is Norway as it is evoked through the same devices harnessed by the best Norwegian bands. With passages of ambient noise and others of rolling waves of riffs that seemingly have no end, this song has enough ebbs and floes to keep fans guessing; enough beauty to bask in the warmth of this artist's heart. 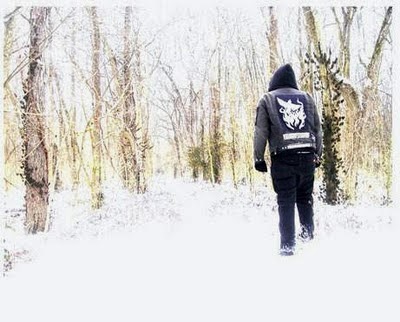 Speaking of Lunn's heart, you can see it on full display during the three part opus that is "The Long Road" specifically Part 1, "One Last Fire," which is pure bluegrass and for something that might be viewed as a hackneyed and ham fisted attempt to be "different" it comes off as something truly authentic and a heartfelt respect for his upbringing. Part 2, "Capricious Miles," feels like a great progressive death metal song with excellent chord progressions that illuminate the sky, pierced by the violin in the background. The calmed down sections allow for a feeling of transcendence and perhaps an out-of-body experience for those lucky enough to achieve nirvana. Dreamscapes come out in swaths during Part 3, "The Sigh Of Summer." To quote Mirai (Sigh) "A sigh can evoke so many emotions, not just one." I don't think a more apt description of this track could possibly exist.

From "Norwegian Nights" to "In Silence" we have a changing of the guard from peace to chaos in an abrupt transition. The mixture of chaos and beauty is nearly on even footing with the final two tracks. The strings of album closer "Chase The Grain" continue to blend styles together into the amalgam that can only be described with one word; Panopticon. Ample sections of sorrow and despair showcase even more feelings than Lunn has already provided in the last album. Plus, when someone opens up to the world such as this, you take notice and pay the proper respect to someone who has become one with his craft.

For those of you out there who have heard Kentucky and now anticipate what Roads To The North is and will be; I can tell you this much: if you have a heart it will again be touched by some deeply personal music close to not just Austin Lunn's heart but eventually your own. A wonderfully deep album that has twists at every turn; with each track you become more and more thankful for this immense musical gift. If you are looking for an in depth extreme metal album in 2014, you can do no better than this.