Why Can't the Grammys Get Metal Right? 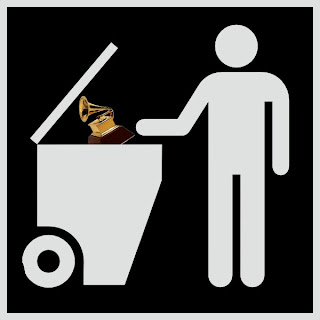 I’ll start this post by saying that I know the Grammys are worthless, that they’re not so much a celebration of artistic integrity and merit as they are a way for the music industry to pat itself on the back for another year where CD sales haven’t stopped completely. There’s absolutely no reason to get worked up over such an occasion, no reason to care who or what gets nominated, much less who or what wins. But because this is the internet, I have an issue with the Grammys, and because this is a metal blog, you’ve probably surmised that my issue has to do with the nominees for best Metal Performance.

Here are the 2014 Nominees for Best Metal Performance:
It’s not a terrible list (save one song), certainly not the worst list of nominees I’ve seen from the Grammys, and when you consider that Black Sabbath and Queens of the Stone Age are also nominated for Best Rock Song and Best Rock Album, it actually seems like there are a few legitimate bands with a chance to win an award (that, once again, means absolutely nothing).  But when you really look at the list and begin to scrutinize it, the problems arise.  Do Anthrax, Black Sabbath, Dream Theater, Killswitch Engage, and Volbeat really have the five best metal songs of the year?  On a larger scale, are those five bands really the five to best represent metal to the rest of the non-metalhead world in 2013?  I don’t think the answer to either of those questions is yes.  13 was an ok doom metal album in a year full of amazing doom metal albums, while Dream Theater was more in the forgettable vein of Black Clouds and Silver Linings than it was to A Dramatic Turn of Events. Disarm the Descent was easily KSE’s best album since The End of Heartache, but it was hardly revolutionary, and T.N.T. is a VASTLY inferior AC/DC cover.  I mean, fucking seriously?!  A cover song?  I haven’t listened to the Volbeat album, so I’ll admit to making assumptions there.  With the exception of perhaps 13, I haven’t seen any of these albums on any metal fan or blog’s Albums of the Year list; I have a hard time buying these songs as the five best metal tracks of the year when actual fans of the genre don't seem very excited for any of them.

I wouldn’t have any issue with this if it didn’t seem like the Grammys at least tried to make the right choices for nominees in the other categories.  The nominees for Album of the Year, for example, are:l


I have no idea who Sara Bareilles is, but Daft Punk and Kendrick Lamar are both huge critical successes, Macklemore & Ryan Lewis had that “Thrift Shop” song that everyone everywhere heard every day, and Taylor Swift has sold approximately 70 billion records in five years.  So that’s 2 critically acclaimed bands/artists, a duo with one of the biggest songs of the year, the artist who is almost single-handedly keeping the music industry relevant, and a wild card I know nothing about. That’s not a bad list for the purpose of the Grammys, and more importantly, it looks like a list some people actually put some thought into making.

The Metal Performance nominees seem to be missing that thought.  I know that there will never, ever be a metal album that outsells Taylor Swift, that it’s highly unlikely a metal song will become a YouTube sensation that gets more page views than “Thrift Shop.”  I’ll even acknowledge that most Grammy voters don’t want to listen to metal or take the time to research and decide which songs are deserving of being nominated each year.  Anthrax, Black Sabbath, Dream Theater, and Killswitch Engage have all been nominated for Grammys before; it stands to reason that that fact is a huge part of their nominations this year.  Being nominated for a Grammy doesn’t take anything away from any of these bands, just like winning a Grammy doesn’t make their song or album any better that it already was.  It just seems silly that an organization that awards a “Best New Artist” award seems so hesitant to invite new metal acts to the party (that once again, means absolutely nothing).

For what it’s worth, here are the five songs I would have liked to see nominated (which I guess doubles as my Top Five Songs of the Year):
What are your thoughts?  Should it matter at all?  Even though they’re meaningless, should the Grammys at least try to get metal nominees right?  Sound off in the comments below.

- Durf
Posted by Brutalitopia at 8:24 AM