Listen to this New EP from Mitochondrion 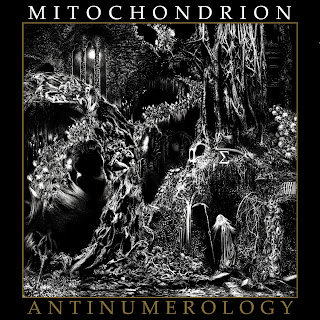 If your day hasn't been heavy enough...the cure is right after the break.

Coming off of their 2011 full length album, Parasignosis, Vancouver based death metal act Mitochondrion has a new EP out. Entitled Antinumerology, the EP is only about 12 minutes but will surely be the heaviest 12 minutes you've heard in quite some time. I've used the term "unrelenting" quite a few times before as a band descriptor, but never has it been so apt as to when it's used to describe Mitochondrion.

On a side note, Mitochondrion will be be making an appearance at this year's Maryland Deathfest.


-Mick
Posted by Brutalitopia at 8:19 AM