Review: Between The Buried And Me - The Parallax: Hypersleep Dialogues 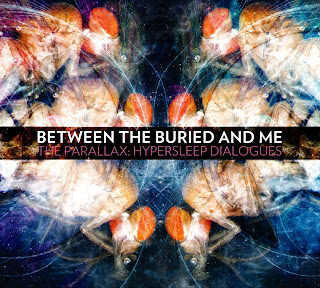 What a time it is for progressive metal fans. When Between the Buried and Me released Colors back in 2007, they immediately joined the front lines of forward thinking, prog-metal juggernauts alongside the likes Dream Theater and Opeth. A subsequent spot on the Progressive Nation tour with the aforementioned groups seems to have only sped up the evolution and innovation of BTBAM. After completing their run on Victory Records with 2009’s The Great Misdirect, the group signed with Metal Blade Records. In April they released their newest aural journey: The Parallax: Hypersleep Dialogues, a 30-minute, three-track EP that finds the band continuing to discover, develop, and explore their unique metal sound.

In regards to the concept of Hypersleep Dialogues, guitarist Paul Waggoner declared it depicts “two human characters who live in different planes of existence, separated by millions of light years.” With that in mind, the deep pocketed dynamics and sonic frontiers explored on the EP are a stellar representation of the concept. The band continues to progress their sound—expanding the various landscapes they’ve harvested over the course of their eleven-year career. Hypersleep Dialogues proposes an impeccable blend of guttural fury and softer experimentation.

Each track is packed with these diverse elements, thus creating a dense listening adventure. The songs, ranging between eight to twelve minutes each, seamlessly flow together to establish a continuous experience. The opener “Specular Reflection” lures you in with a minute of ominous orchestration before the band frantically enters. “Augment of Rebirth” crushes through cascading riffs right off the bat, and in prime BTBAM fashion, works in a few accordion breakdowns amidst the chaos. While these types of sections may have seemed random on earlier releases, the band is now seamlessly incorporating these elements into a cohesive whole. The final track, “Lunar Wilderness” begins with an ethereal, reflective section, featuring some fine bass work from Dan Briggs. The song then thrusts you right back into intensity before closing out the album with a cliffhanger.
All of the songs feature the massive dynamic shifts that we’ve come to expect from Between the Buried and Me, but nothing seems out of place. Each track also features a memorable and powerful clean vocal section, which helps to root the frantic tracks with melody. While every member in this group is insanely talented, this EP especially showcases the vocal abilities of Tommy Rogers. His singing continues to play a larger role in the group’s music, and his shifts from clean singing to growls sounds completely natural on these tracks. With the recent release of his solo album Pulse, we got a direct look at his singing ability and musical tendencies, and it would appear that his influence is pivotal to the current direction of BTBAM.
With The Parallax: Hypersleep Dialogues, we’ve been delivered a gift from the ghost of metal future. Rather than having to wait for a single full-length release, Between the Buried and Me has given us 30 minutes of their most incredible and diverse work to date. The more you spin the EP, the more you realize how truly badass the entire package will be when BTBAM releases the latter part of the concept as their next full-length album. Until then, at least our ears have something to savor as we anticipate the next sonic exploration from this prog-metal band in their prime. 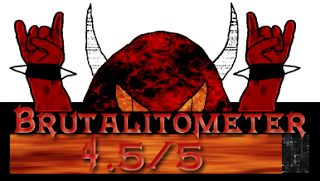 -Nathan
Posted by Brutalitopia at 6:26 PM

Email ThisBlogThis!Share to TwitterShare to FacebookShare to Pinterest
Labels: between the buried and me, btbam, review, the parallax: hypersleep dialogues