Since entering the discussion as a symbolic At The Gates-inspired American metalcore act with their third release, 2003's Hidden Hands of a Sadist Nation, DH have continually churned out killer yet slightly unspectacular records. The lone exception was 2005's Undoing Ruin, which blew the doors off of any other contemporary metalcore release of that year, but each subsequent effort has simply been enjoyable. The politically perturbed D.C. quintet don't produce mind blowing records; that just isn't their game. What listeners can expect is expertly crafted, fast paced melo-death with noticeable pinches of both thrash and hardcore that predictably elicits droves of hair windmills and circle pits. Moreover, since the replacement of former axeman Kris Norris with Lonestar Carrigan, previously of At All Cost, softer and increasingly dynamic movements have been progressively incorporated into each record.

Obviously, none of this would be mentioned if it weren't all in accordance with The Human Romance, DH's 2011 release on their new home, E1 Music.  The Human Romance exhibits the Darkest Hour we're all used to hearing; relentless, melodic and pissed off. Vocalist John Henry still sounds like a rabid wolfhound, drummer Ryan Parrish continues to hold it down with blistering speed and Mike Schielbaum, the aforementioned Carrigan and bassist Paul Burnette preserve the premier Slaughter of the Soul adaptation in the business. Seasoned followers will find plenty of characteristic aggression in cuts like "Man & Swine" and "Purgatory", while those looking for the more recent incorporation of progressive elements will dig "Love as a Weapon" and bookend instrumental "Terra Solaris."

Just like the whole of Darkest Hour's catalog, The Human Romance isn't gonna go all Reign in Blood on you. There's nothing exceptionally groundbreaking about what these dudes do. It's the consistency and lack of weakness in their sound and style that defines them. The Human Romance is undoubtedly their best release since Undoing Ruin, vastly improving upon the uninspiring The Eternal Return and predictable Deliver Us. This is a rejuvenated Darkest Hour that is champing at the bit to further cement themselves as torchbearers in the modern American metal scene, even if they won't win any awards in doing so. 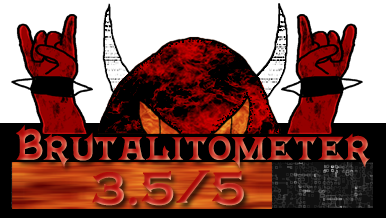