Review: Times Of Grace - The Hymn Of A Broken Man

Jesse Leach + Adam D. = vintage Killswitch Engage?  This was the ultimate question I kept asking myself as I counted down the days until I could listen to Time of Grace’s debut, The Hymn Of A Broken Man.  With that kind of expectation engraved in my mind, as I gave the album my first listen through, I ended up being slightly disappointed.  In retrospect, however, this disappointment was ultimately a good thing.  With another few listens through, I realized there’s something much more important about this album than my hopes of it being Alive Or Just Breathing: Part 2.


While it seemed from the get go that Adam and Jesse were aimed towards the direction of the ‘good ole days’ of KSE, this side project of the two takes a slightly different direction.  Namely, this album travels down a much more melodic path.  It’s apparent that Adam and Jesse’s separate musical efforts have resulted in the maturation of their song crafting abilities, whether through the continuation of Killswitch Engage or with The Empire Shall Fall.  They take full advantage of those abilities here with this album, and then some.  This melodiousness is pushed so much that it is, in actuality, what sets apart Times of Grace’s sound as its own.
When details first arose of this project, Jesse went on record saying that the new album would encompass many more styles than simply just metal.  “Style wise it pulls from metal/rock/ambient shoe gaze type stuff, as well as punk and blues.”  I was skeptical of this to say the least.  After all, how could the very dudes who played a direct role in defining metalcore make an album that encompassed so many other diverse categories of sound?  The idea almost seemed ludicrous to me.  So I went on believing a new revival of the vintage KSE sound was well in order.  What I heard, however, was a pleasant surprise.  The tracks, from beginning to end, have a much more genuinely heartfelt vibe and do pull from various musical styles, “The Forgotten One” being a perfect example.
Hardcore KSE fans should not be worried though.  I don’t mean to make it sound like Adam and Jesse completely forgot how to incorporate metal into this album.  The powerful choruses, vicious screaming, and catchy riffing of the old school KSE can definitely be found here, although they are more selectively assorted.  You know with tracks like “Strength In Numbers,” “Where The Spirit Leaves Me,” and “Live In Love,” they were keeping your metal desires in mind.  They take everything that was great about those days of old and use it to create a more unique sound.
This album is, at the very least, enjoyable.  The best way to appreciate this album is to not expect it to be exactly like the old KSE.  It’s not.  Those days are gone.  However, what Adam and Jesse offer here is a more diverse sound that successfully incorporates those familiar song structures and techniques and ultimately creates an album that is worth your time and appreciation. 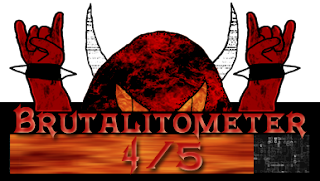