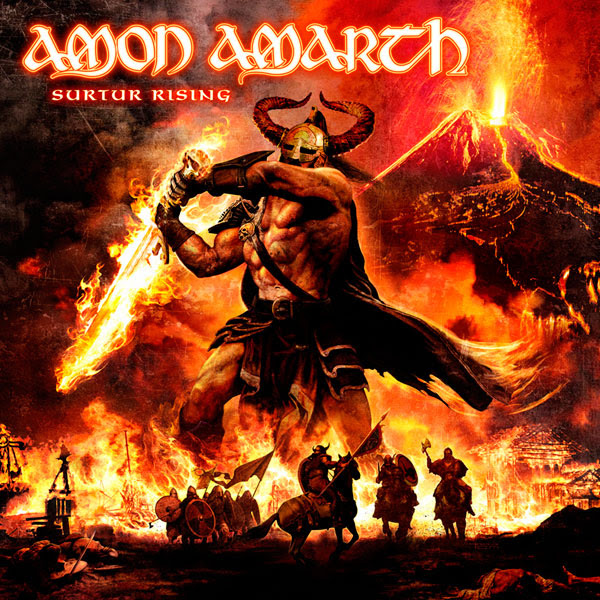 Let me just start out here by saying that album artwork is sooooo metal.  The famous viking metallers in Amon Amarth have just released new artwork and the track listing for their eight studio release, Surtur Rising.  The new album will be released March 29 via Metal Blade.  You can see the tracklisting below after the break.

-Mick
Posted by Brutalitopia at 11:34 AM