The passing of a legend, one Ronnie James Dio, will forever serve as the headline of 2010 in metal. Ronnie was a godfather, a unifying point for metalheads, something that happens to be a paradox these days in the underworld of heaviness. Which is why it’s completely fucking ironic that during a year when the death of icon brought us all together, probably the most divisive sub-genre in all of heavy music experienced a banner year.

Black metal is arguably now distanced enough from the infamous arson charges and murders that will always be the shitstain on the pants of the genre (or hallmark of it, depending on what way you look at it) that true, or as the kids put it, kvlt black metal records can stand on their own. A reciprocation of such is the growth of black metal derivatives that incorporate far more atmosphere and musicality. 2010 saw both of these cases in spades. And while it may have not come as a shock to some, if I were to have made a speculative year-end list in January, it would’ve looked nothing like this. A handful of usual suspects and favorites are there, but this was my personal year of embracing the evil.

I would include more about everything both piss-poor and terrific about the two thousand and tenth year of the lord, but you’re really only here for the list, so fuck it. In summation; horns up… Rest In Peace, Ronnie… and Go Blackhawks. 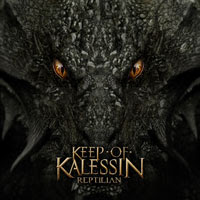 10. Keep of Kalessin – Reptilian
Easily one of the most diverse releases this year. These Norwegians pay homage to their roots with obvious traditional black metal overtones, but you won’t find any blind faith to the genre here. Reptilian is symphonic throughout, with near-clean vocals occasionally finding their way in to the mish-mash of melody, chaos and straight up fucking viciousness. I dare you to fight the urge to nod your head to the puzzling yet varied brilliance of “The DragonTower”. Favorite Track: "The Divine Land" 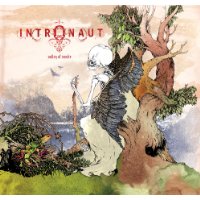 9. Intronaut – Valley of Smoke
Goodbye, Isis. Hello, Intronaut. I’ll be absolutely flummoxed if these guys don’t blow up in a world that is becoming increasingly sympathetic to post-metal. Not only do Sacha Dunable and Co. nail the hallmark droning heaviness, the softer, melodious interludes are not just appropriate but masterfully crafted. This is metal for the thinking hessian. Scott Kelly is stoked.  Favorite Track: "Core Relations" 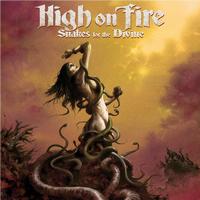 8. High On Fire – Snakes for the Divine
Ok, everybody with me now… Matt Pike is a mastermind. The man who gives the finger to everything mainstream and restrictive did it again in what is ironically his and High On Fire’s most accessible album to date. If you’re not hooked by the opening lick on the title track immediately, you don’t have a fucking pulse, and you should visit your local intensive care unit as soon as possible. Favorite Track: "Frost Hammer" 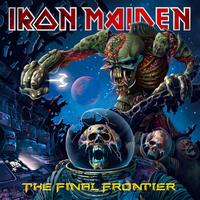 7. Iron Maiden – The Final Frontier
The real question I’ve struggled with since The Final Frontier was released in early August is whether this is really metal or not. And everytime I find myself pondering this very thought while letting the elder statesmen guide me through progressive stunners like “Isle of Avalon” or “Where The Wild Wind Blows”, I inevitably return to one universal truth; Maiden can do whatever the fuck they please, and it’ll still be metal. Favorite Track: "Where The Wild Wind Blows" 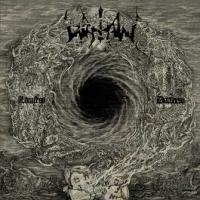 6. Watain – Lawless Darkness
Everyone has that album that they want to put higher; this would be mine. While Immortal will always be my first love in black metal, Erik Danielsson (who’s gotta be the shortest kvlt dude in the world) and Watain have damn near usurped the overlords of Blashyrkh for this guy. I’ve never experienced a black metal album that captured me from front to back like Lawless Darkness did. Throw that in with the fact that guitarist Pelle Forsberg is constructing some of the most original yet true to form BM riffs, you have a modern day tried-and-true Luciferian masterpiece. And all this over a decade and half since Varg was imprisoned no less! (Note: Burzum’s comeback record Belus was fucking annoying. You won’t find that hogwash here.) Favorite Track: "Total Funeral" 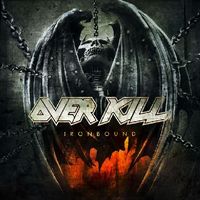 5. Overkill – Ironbound
The New Jersey boys come old timers prove, plain and simple, that thrash still fucking exists in this the second decade of the 21st century. Bobby Blitz turned in what would certainly be the top vocal performance of this year if it weren't for another frontman (more on that in a minute), and coined what has to be a new term for thrashers everywhere on album opener “The Green and Black”. The solos are terrific and not forced whatsoever, they riffs are electrifying and blazing fast, and the breakdowns are sooo 1986, yet still original as all hell. Someone tell me where these dudes’ Fountain of Youth is, and get Dave Mustaine there fast. Favorite Track: "'Ironbound" 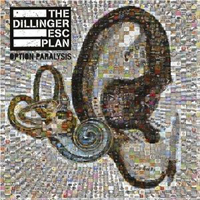 4. The Dillinger Escape Plan – Option Paralysis
If you look up resolute in Webster’s, you’ll find a gigantic picture of Greg Puciato’s toothy grin. No, seriously, look it up… Facetiousness aside, is there a band that marches to the beat of it’s own drum as well as Dillinger does? Every effort has a new and varied sound to it, bringing something new and exciting to the party. And it would be a crime to not mention that these dudes still bring it harder than almost anyone live. Each of their albums are fantastic on their own, but in the context of their career arch, their artistic and sonic achievements on Option Paralysis are staggering. Oh, and about that vocal performance of the year; come receive your award, Mr. Puciato. Favorite Track: "Gold Teeth On A Bum" 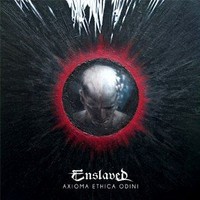 3. Enslaved – Axioma Ethica Odini
Remember how I mentioned earlier that 2010 was the year of diverse yet true black metal? Case in point, right here. While Watain stuck to the more traditional formula as laid out by the forefathers of darkness, Enslaved and their now patent innovative sound took new steps forward and forever planted their foot in the ass of the progressive metal landscape with Axioma Ethica Odini. It seems that all the morphing and growth Enslaved’s sound has done over the course of the last decade finally fully matured and the full brilliance of each subtle transformation they’ve gone through came spilling out onto the canvas. And what a brilliant work of art they’ve painted. Axioma Ethica Odini is one of those records that the active listener can continuously discover new things about, but in the same breathe it can be digested easily for those who are more inclined to simply fall for riffage. It wouldn’t surprise me in the slightest if this becomes known as Enslaved’s hallmark record when all is said and done. Favorite Track: "Lightening" 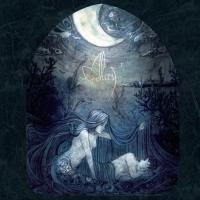 2. Alcest – Ecailles de Lune
Everything that has been achieved by atmospheric black metal acts like Wolves in the Throne Room, Summoning and Ruins of Beverast was suddenly one-upped by this previously nondescript French foursome. Described by some as shoegaze black metal (which to me is yet another example of how overly categorized we have gotten), Ecailles de Lune blew my doors off upon first listen. And like most spectacular softer and varied metal albums, it continued to get better with each listen. Alcest’s frontman, monikered Neige, sublimely mixes in some of the most beautiful clean vocals you’ll hear in metal as a whole, and the subdued, harmonious passages laced throughout the album are equally as intoxicating as the tremolo-picked chaos of the more discordant movements. I’ll leave the argument of whether this is actually metal to those of you who actually complain about inane shit like that; Alcest composed a masterpiece in Ecailles de Lune, one that will adorn my “recently played” playlist for years to come. Favorite Track: "Ecailles de Lune Pt. II" 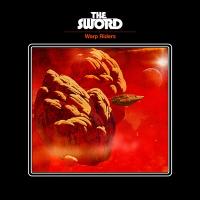 1. The Sword – Warp Riders
This shouldn't come as no surprise to anyone in the wake of my gushing review of the third effort from the Texan quartet just a short time ago, but I can’t put it in any simpler terms; there was no album in 2010 that I listened to more Warp Riders. While I’m predisposed to falling for concept albums, the space saga story constructed by Iommi acolyte J.D. Cronise takes a back seat to what we’re all really here for; the music. The flow is second to none this year, the experimentation was a rousing success, and the riffs are just so fucking tasty. While the haters are naturally gonna hate, The Sword did something on Warp Riders that few bands have had the balls to do or successfully pull off by combining the most basic elements of early heavy metal with years of cultivated chunky riffage and molding together a record that is equally at home now as it would be in 1975. It’s timeless, it’s catchy, and Jesus, does it shred. Bravo, gentlemen. Favorite Track: "Lawless Lands"
Honorable Mention(s): Kvelertak - S/T; The Ocean - Anthropocentric; Triptykon - Eparistera Daimones; Agalloch - Marrow of the Spirit; Periphery - S/T; Deftones - Diamond Eyes
Looking Most Forward to in 2011: What else could it possibly be? The Devin Townsend Project's Ghost and Deconstruction. Also, Amon Amarth, TesseracT and Darkest Hour.

- Jack
Posted by Brutalitopia at 3:47 PM