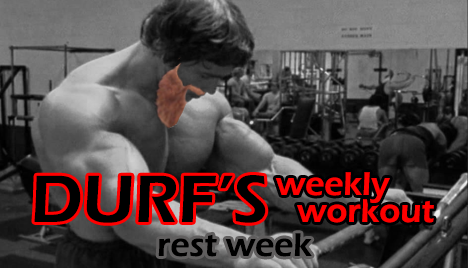 Well, last week was insane, for a few reasons, all of them pretty fun.  I had a friend come in for the Fourth of July weekend, which was spent swimming, grilling, and watching the first two-thirds of Independence Day (that movie is loooong, and after entertaining a toddler in 100 degree heat all day, you're spent).  Then, after he left Tuesday morning, the Durfette and I immediately had to start preparing for a trip to Deer Lodge, Montana to visit her mom and her mom's husband.  We left Friday morning at 3am, because it's a 7.5 hour drive, and we wanted to have as much time there as possible before we left Sunday morning to come back.  Due to my buddy being in town through Tuesday, and the rapid-pace nature of our trip the following weekend, I decided it was the perfect time to throw down on a vitally important, but often overlooked component of a fitness routine: the rest week.
A quick, cursory Google search shows that rest weeks are recommended typically every 8 to 10 weeks of heavy lifting, which, whoops.  Evidently lifting puts strain on your neuromuscular and immune systems, so it's beneficial to give yourself a week to recuperate and get those systems back on track.  Which makes sense.  But that's the science, which we all know doesn't always equate with our all-important feelings.  Because I gotta tell you, taking a rest week was hard.  Pretty much every day, with the exception of Friday, when I was on the road at 3am, I felt guilty for not lifting.  My mind felt as though I had skipped my morning coffee.  The three days I worked, I felt overly aggravated, as though I was constantly stressed and every little thing that went wrong was blown way out of proportion.  It was very weird, slightly alarming, and not at all the relaxing respite I had been anticipating.  I would lay in bed before falling asleep and wonder if I should just set my alarm and get up and do something physical.  In fact, it wasn't until this past Monday, after a long drive home from Montana, where I actually was genuinely looking forward to sleeping in and not lifting.  Part of that, I'm sure, is that I am very much a creature of habit, and I know that I react poorly to my routine being thrown off.  Part of it is probably tied into what I talked about a few weeks ago; with no workouts, that fear that pushes me found other outlets into my life in which to dwell and percolate.  Whatever the reason, my restless rest week proved to me that I need to add them into my routine; at ten weeks, my next rest week should happen September 21-24th.  I'm going to start mentally preparing now.

Just because I didn't lift doesn't mean I didn't listen to any music, so here are some random things I stuffed into my ears last week.  Enjoy! 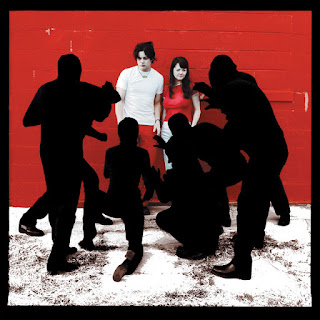 And that's a BIG left turn right out of the gate!  I am not, nor have I ever been, much of a White Stripes fan, but I have a very good friend who loves them, and he told me that I should listen to this reissue, if only for the live concert of the whole album that follows the original album.  Tim... never question our friendship, because I listened to the whole thing.  And you know what?  I didn't hate it.  I definitely didn't love it, it didn't give me some epiphany of "Holy shit; this is what I've been missing out on for 20 years?!?" but I have absolutely listened to things during this weekly exercise that I've enjoyed less.  My issue remains, it seems, with Jack White.  Jack White is like a hobo masturbating on the subway on your way home from work; you know your sole reaction shouldn't be revulsion, because there are a myriad of issues at play to cause a man to go to town on himself in public like that, be they mental health problems, or socioeconomic conditions, or addiction or drug withdrawals, or the stress of homelessness, or countless others that you are too privileged to even think of, but you don't care about any of that when he's groaning and just really pounding away on his sin stick, you just want him to stop and OH MY GOD DID YOU JUST MAKE EYE CONTACT?!?!?!  ...what was I talking about?  Oh right, Jack White, the masturbating hobo of nü-blues rock.  Anyway, clearly my issues with the man are in no way grounded in reality, and it's just one of those things I'm weird about, like tech death or cheese on my eggs.  Jesus, this is really what my mind does when I don't work out.  White Blood Cells has been out for twenty years, the Deluxe Reissue came out last month, and maybe sometime I'll listen to the one with "Seven Nation Army" and see if it provokes the same insane ramblings regarding Jack White, the perils of homelessness, and subway masturbation.

At the Gates - The Nightmare of Being 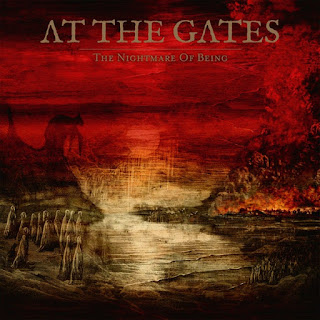 I've never been as high on At the Gates as I probably should be; Slaughter of the Soul is unquestionably dope, but if I'm being honest I like The Jester Race and every other pre-Whoracle In Flames album more.  To Drink From the Night Itself was cool, and seeing the band at MDF in 2014 was certainly a hoot, but they just aren't a band that really means that much to me.  For whatever reason though, Tom said something about The Nightmare of Being being weird and different for them, and I instantly was onboard.  And you know what?  This might be my favorite At the Gates album; it's got some old school Swedish melo-death sounds and grooves, but also isn't afraid to get funky.  I honestly don't know that I've ever heard a bass guitar groove and slither on a melo-death album like this; it sounds like Flea did a whole bunch of qualuudes in like 1996 and then quit the Chili Peppers to play for the Deftones.  Which is not to say that The Nightmare of Being sounds like the Deftones, or the Red Hot Chili Peppers, but it's just that slinky funky bass tone.  Anyway, if you like At the Gates, I have no idea how you'll feel about this one, but to me, it felt exciting and fresh, which is really all anyone can ask for from a legacy band's retirement plan new album.  The Nightmare of Being is out now. 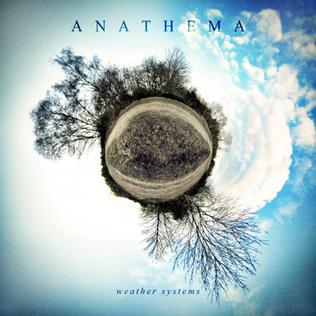 Weather Systems was the second album we listened to on our jaunt out to Montana Friday morning.  Leaving as early as we did, it was pretty dark out, but the sun began to rise as the album went on, leading to an absolutely beautiful moment where the mountains began to be backlit during "The Lost Child."  It was also an inspired choice for early morning listening because the Durfette was slightly nervous about driving the winding, mountain roads in the dark, but she loves this album, so I like to think it helped take her mind off us potentially careening off the twisty road.  All of this would have been perfect, had the Durfling realized that he could go back to sleep, instead of just sitting there, wide-eyed, commenting every so often seemingly just to make us remember that he wasn't sleeping and that the post-drive part of our day was very probably going to be a bit more stressful than we'd like (it turned out to be ok, but the fear was definitely there).  Weather Systems has been out for almost a decade, and is one of the most beautiful albums I've heard, so if you haven't yet had the pleasure... check it out.

So there's three albums I listened to during a rather eventful rest week.  Hopefully you had a great week getting up to whatever you got up to and listening to whatever you listened to.  We'll be back next week with a full, back to the grind Durf's Weekly Workout, and I'm very, very excited for that.