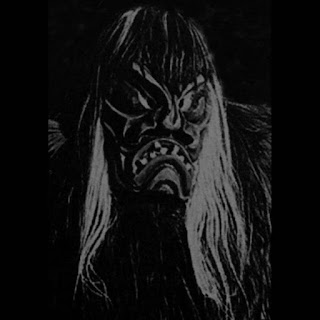 Black metal in its purest form, which I associate with the Norwegian, second wave mold, is an area that I've never spent a ton of time deep-diving. I've listened enough to appreciate the contributions its had in metal's evolution, but aside from A Blaze in the Northern Sky, the rawness of this sub-genre's sound has never connected with me on the primal level you often hear it being touted for. That all changed for me when solo project Paysage d'Hiver emerged from obscurity last year with his release of Im Wald. Though one would understandably think an album with a two hour runtime would be a bit of slog, Im Wald managed to cultivate an aura that elevated it from "just" a black metal album into an all-encompassing journey. It made clear to me that Paysage d'Hiver's 20+ years worth of demos was something I had to dig into. I have yet to take that plunge, but the project's second full-length endeavor, Geister, is here to remind me of how that procrastination is, for lack of a better word, dumb.

Geister marks the 13th chapter in a story that has continued throughout Paysage d'Hiver's entire body of work. Following a protagonist known as "The Wanderer," each release focuses on the Wanderer's travels through a different realm. It's an extremely vague premise, I know;  I hope to be able to extrapolate more on it as I backtrack through the discography. But if anything is obvious about this other realm the Wanderer is doomed to travel through, it's that it is ravaged by the harshness of winter. From start to finish, each track on Geister pummels the listener with sharp vocal shrieks and a never-ending carousel of guitar riffs cascading over crashing drums. While punishing, it simultaneously builds up this wall of sound so vast and impenetrable it's hard not to get lost in it. The synths utilized in the background also cannot be praised enough for the overall lushness they add; they're never front and center in the mix, but without them the output would be noticeably more bland.

Another thing I especially enjoyed about Geister, something that took a couple of listens to grasp, is how tightly controlled the evolution of the musical themes are over the course of the album. It isn't easily picked up on due to how the album keeps at a consistent pace without any interludes, but the guitar rhythms in particular keep a couple common patterns in tact throughout while making slight variations along the way. It's a smart way to give each track its own identity while keeping the entirety of the album resolutely cohesive. Im Wald went the extra mile in terms of setting the ambience, but Geister will hold a special place among Paysage d'Hiver's work by being as the most direct in its approach. It hits hard and keeps hitting hard with no frills. For a genre known for lesser production values that result in abrasive output, Geister carries an energy that is not only easily picked up on but also will easily consume you.

Posted by Brutalitopia at 9:34 AM