Well holy cow, Durf's Weekly Workout is back for Week 2!  I'm just as surprised as you, honestly; I sort of figured I'd be excited about this for like two days and then go back to pretending I never thought it up as a way to feel less guilty about abandoning it.  But for now I'm still here, lifting and listening and passing insights on to you.  This week was a little rough; the Durfette has a head cold, so sleep was compromised and motivation waned.  I certainly don't want to complain, because I can't imagine being pregnant and dealing with all that goes on with that and then being sick on top of that, but maaaaybe the gap between being pregnant and dealing with a pregnant woman is sma... (Ed. Note: Durf is trending toward dangerous territory, so to protect him from himself I've put this Editor's Note over his probably-correct-but-incredibly-stupid-to-vocalize thoughts on being the partner of a pregnant women.  Brutalitopia values its writers' safety, because there are only three of them and they don't write that much anyway, so we have to keep them safe. *listens* Ok, I think he's finished.)..ou know?  But sleep or no sleep, I'm committed dammit; I made the lifts and listened to the tunes, so now all that's left is to recap!  Onward! 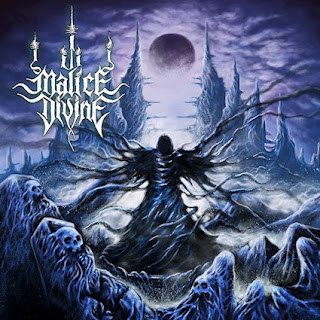 When I headed out to the garage Monday morning, raring to go, I was taken aback to see I had left the garage door open Sunday night, meaning my usually temperate workout space was at best a balmy 27 degrees. I spent a quick five second eternity debating just calling it and going back to bed, but then I remembered I have sweatshirts.  So I closed the garage door and got after it.  Malice Divine is the one-man project of Ric Galvez, and unlike a lot of one-man projects, you can tell which instrument is his favorite.  The eponymous album is a mesh of black and death metals with a lot of impressive guitar work, including a guitar tone as crisp and clean as the rural winter air that invaded my Sanctuary of Sweat.  Yes, I know it was my fault for leaving the door open in the first place.  Malice Divine's self-titled album is being self-released February 19th, and scope out that pretty gnarly cover art. 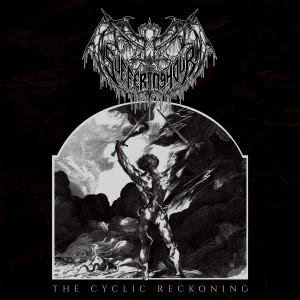 There is a cosmic, expansive aura in The Cyclic Reckoning that makes the music feel impossibly huge.  What could have been another generic chunk of "play as fast as you can, damn the torpedoes" black/death metal instead slows down just enough to allow some space and atmosphere into the songs, and the result is stellar.  Suffering Hour has brought forth an album that doesn't so much demand your attention as it lures you in slowly, riff by riff, until you're completely engrossed and have no idea how long you've been sitting there listening.  Which of course makes it terrible workout music, but honestly who cares.  Like a hurricane on ketamine, The Cyclic Reckoning overwhelms you with its power while also allowing you to appreciate all its devastating majesty.  The first great album of 2021, The Cyclic Reckoning is the bees' kneesiest of bees' knees.  The Cyclic Reckoning is out February 19th on Profound Lore. 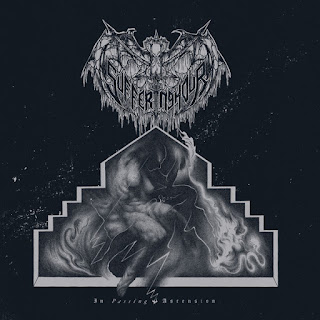 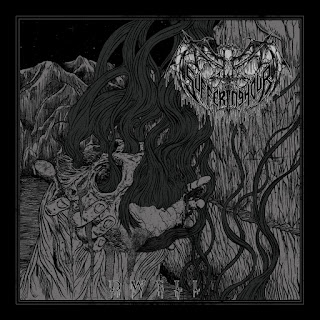 After being blown away by Suffering Hour on Tuesday, I went back and re-read the promo email we got for The Cyclic Reckoning.  To my utter and completely foolish shock, I realized The Cyclic Reckoning was not a debut album, but the second full-length and third overall release from the band.  I had to hear the rest of it immediately, but I had stuff to do, so I waited until this morning's workout.  Gotta say, I really, really dig this band, and I'm glad that I'm finally caught up and hip to how awesome they are.  Mick is smarter and more eloquent than me, and his assessment is that the band has a lot of Inquisition vibes, which I think is accurate musically; hopefully it's not accurate relating to Nazis and child porn.  Anyway, Suffering Hour is dope. 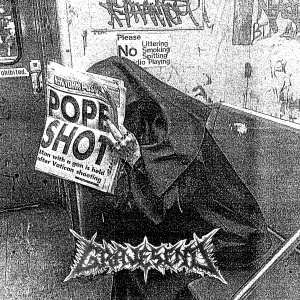 Mick and Tom were blowing up the ol' Töp group text yesterday about the new Gravesend, by which I mean they each mentioned once that it was great.  And I am nothing if not a company man, so I decided to see what all the hullabaloo was about.  And holy shit were my comrades right.  Methods of Human Disposal is grimy, claustrophobic death/grind that feels like a violent, decaying city in an 80s action/horror movie.  There are even (a few) synthesizers that serve to drive home that analogy.  This was a terrific workout album; the frenzied, frantic riffs kept me fueled for iron, and some of the more eerie, unsettling moments had me looking over my shoulder in my own garage.  Along with Suffering Hour, this is one I expect to see pop up on End of Year Lists in December.  Methods of Human Disposal is out February 19th via the incomparable 20 Buck Spin. 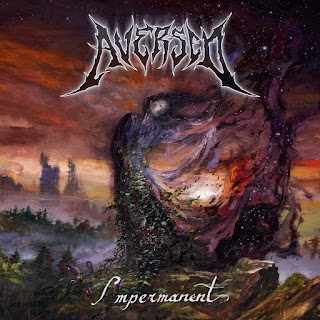 I wasn't feeling my lift today, so I improvised a High Intensity Interval Training (HIIT) circuit of jumping jacks, push ups, ab work, and burpees.  It kicked my ass; honestly I might have to do more of that.  Basically I did whatever exercise I was on for thirty seconds, rested for thirty, then moved on to the next one.  It was only a 28 minute workout, but I felt like I'd been going for an hour or more.  It made me sort of see the appeal of Crossfit, but even when this pandemic is over, I'm not paying someone to yell at me while I flip a tire.  That seems all the way silly to me.  Could I buy a tractor tire and flip it in my driveway? Sure, but when I said "all the way silly," that included the actual tire flipping, not just paying to do it.  Just goofy.  Anyway, Aversed is a sort of melodic metal with a woman singer that doesn't quite go for the bombastic highs of Nightwish, and as such is sort of forgettable.  If I was lifting and not HIIT-ing, I would have found something else.