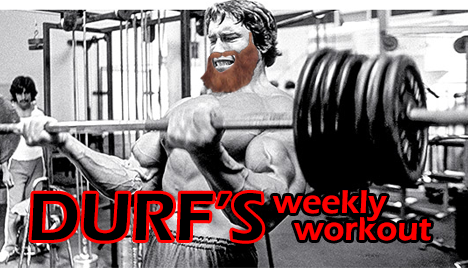 Ah, the dawning of another year.  A new beginning, a chance to really get your life together this time, a fresh start.  And you know what that means, don't you?  Why yes, it's another Brutalitopia attempt at a weekly article, something that will pop up at the same time, each week!  I know, I'm just as surprised as you are!  Much like New Year's Resolutions, it is my hope that I will stick with this column, as it fulfills my two personal goals for the year; much like New Year's Resolutions, it will surprise no one if we never speak of this column again after January.

I enjoy working out in the mornings before my family wakes up/I go to work.  There's something about getting a good sweat in before the day actually gets started that appeals to me, and it's also my time.  I have a wife, a toddler, and a baby due in a couple months, and while I love them all to death, I need time to be by myself.  So my alarm goes off at 3:15, I slug down a quick cup of coffee, and then it's out to the garage for an hour to an hour and a half of me time.  If I keep this up, maybe I'll go into my actual workouts, but for now, let's get to why this belongs on a metal blog.

My two goals for the new year were to write more and to listen to more music.  I saw a stat posted on the incomparable No Clean Singing that said there were 22,275 metal releases last year; I didn't even clear 200.  I can't even tell you how many promos we got that I just didn't check out for whatever reason (a lot of that was no longer being able to import downloads to iTunes), but that's just silly.  People literally go out of their way to send me music, so I have no excuse to not listen to as much of it as I can, especially considering I have a chunk of time for myself set aside each day.  Typically I make a playlist for working out, listen to it on shuffle for a few months, and then make a new one.  But not anymore.  Now I'm going to listen to a different album (or two, or eight if they're grind albums) while I work out, and then write about what I listened to each day at the end of the week.  Two goals, one stone.  I get to feel accomplished, you get to maybe discover new music.  So let's dive into what I listened to this week; if you want to place bets on how many of these I actually do this year, I won't be offended in the slightest. The album that more or less got this endeavor started, Breathing the Void is mostly a high-speed, aggressive black metal album that was a welcome shot in the arm for the week's first workout.  I say mostly because album closer "Salvation" features a groovy, incredible black n' roll riff that almost gave me whiplash the first time I heard it.  I've been humming "Salvation" to myself on and off all week.  Breathing the Void is out January 29th on Northern Silence Productions, and it's well worth your time. 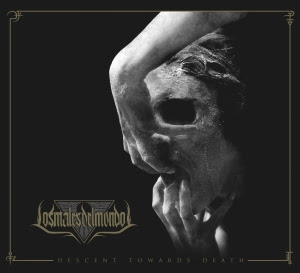 Sarin - You Can't Go Back 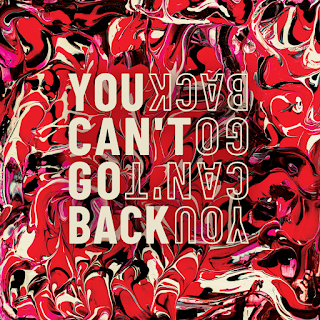 I really enjoyed Sarin's  2015 album Burial Dreams, but I'm ashamed to admit I lost track of them after its release.  So seeing You Can't Go Back, the band's upcoming album and first on Prosthetic Records, in our inbox was a nice surprise.  The band's brand of heavy, almost unbearably crushing post-metal is resolutely my jam, but for whatever reason You Can't Go Back didn't do it for me while lifting, and I was incredibly disappointed.  Happily, when I listened to the album again on my commute into work, I was much more receptive to it.  Very interested to see, should I actually stick with this column idea, how many albums work for lifting but not when not lifting and vice versa.  Should be a fun experiment.  You Can't Go Back is out via Prosthetic Records on February 5th. 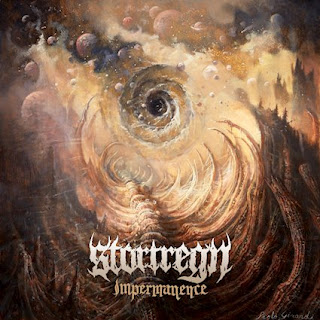 Sometimes when we get promos of bands I've never heard of, I'll read a little bit of the press release and then see something like "...the band's fourth studio album..." and then I'll check out and not listen to it, because I already feel like I've missed out on the band.  Why do I do this?  I don't know.  Does it make sense?  Of course not.  Is Impermanence the fifth album by the Swiss death metal band Stortregn? Yes, and yes, traditionally I would have have learned that fact and passed it by.  Thankfully, my current dedication to listening to more music prevailed, and rewarded my with this incredibly fun album.  I don't know that Impermanence does anything I haven't heard before, but I also know that I'm incredibly finicky when it comes to what death metal I like.  Much like pornography, I know it when I see it, and in Impermanence, I see pornography.  Er, death metal I like.  What was I talking about?  Impermanence is out via The Artisan Era on March 12.

Appalooza - The Holy of Holies 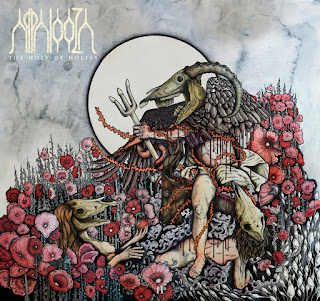 Ok, first off, I didn't look at that album art until right now, and hot damn I am one smitten kitten.  The promo email says the artwork is by Wild Horse Artworks, and it looks like Kvelertak's self-titled album had a baby with Baroness' Red Album.  I am all about it.  As for the music, it's some pretty groovy stoner-ish heavy rock that had me bobbing my head between sets and was uptempo enough to get me through a leg day that I was very much not all about in the moment.  One song starts out with what I can only describe as circus music, which reminded me a lot of Queens of the Stone Age's "The Blood is Love" from Lullabies to Paralyze, which is never a bad thing.  The Holy of Holies is out February 5 through Ripple Music.

See? Just like working out, once you get into it it's pretty fun!  These albums are all promos that will be out soon, but I'm not going to hold myself to that.  Sometimes it might be old stuff.  Sometimes it might be newly released stuff.  Feel free to shoot me recommendations, tell me what you listen to when you workout, or tell me why my form that you can't even see is, like, totally weak bro.  See you next week.

Posted by Brutalitopia at 10:15 AM