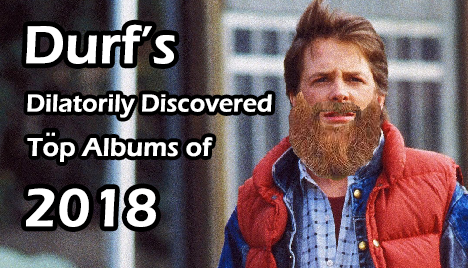 It happens every year, without fail:  I listen to hundreds of albums over the course of the year, find some I like, put them in an order representing how much I liked them, write some blurbs, and call it a day.  Year End lists are arguably the piece de resistance of music blogging, and I'm really happy with the work we do here at Brutalitopia in that regard.  However, in the same way I work hard and make my list, I similarly always miss things.  Always.  Trying to listen to all of the music put out in a calendar year is a Sisyphean undertaking, and there will always be stones that roll past the giant metaphorical boulder being pushed up the hill.  And that's where this post comes in.  Based on other year end lists I've read, some December-released promos I received, and other assorted influences, I started digging in to the albums I missed last year.  And after a couple weeks of listening, I've found some that I really, really enjoy, to the point that I'm making a new Töp 10 list of albums I missed last year!  ...which you knew if you read the heading of this article.  So without further ado, here are the albums I missed last year that I really enjoyed and wish I would have heard sooner! 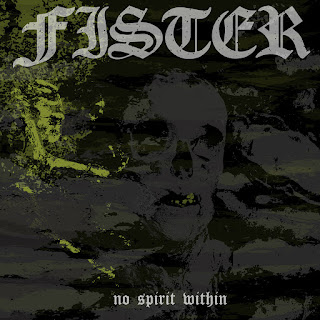 Raucous, unholy sludge noise from my hometown, No Spirit Within is the latest salvo in Fister's auditory assault on joy and happiness.  "Cazador" is one of the ugliest, filthiest songs I've heard in a long, long time.  Fister swung through my current town of Boise, Idaho last year, and I wasn't able to go because of the premature birth of my son.  Not gonna lie, I kind of resent the kid a little bit. 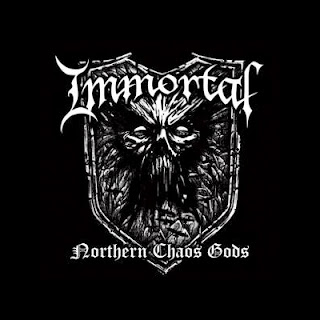 I'll be honest, I would have bet pretty much anything that Northern Chaos Gods wouldn't be remembered, that Abbath's solo album would completely overshadow it, despite coming out two years prior.  And I would have lost that bet, because Immortal came back in a big, big way, and knocked it out of the park with this album.  While it may not stack up with the albums that made Immortal legends, it's still a ferocious black metal album worthy of praise. 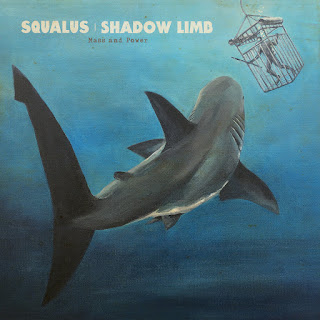 I loved Squalus' 2018 release The Great Fish; it was the avant-garde metal Jaws, and it lives up to the film and book while also adding the band's own unique take on the material.  Their follow up is Mass and Power, and everything I loved about The Great Fish is present on Squalus' half of the split, including a version of the latter's Swim Charlie, Swim that includes vocals.  I was unfamiliar with Shadow Limb before I heard their half, but their brand of sludge is right up my alley, varying between downtuned chunkiness and ethereal melody with some sublime riffage.  "Pop Song (hell yeah)" easily would have made the my Top Ten Favorite Songs of the Year list.

7. Our Place of Worship is Silence - With Inexorable Suffering 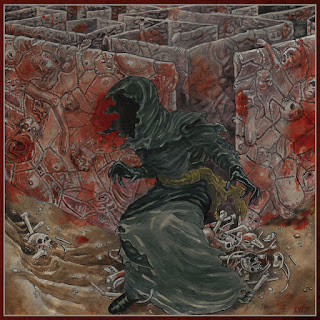 Blistering death metal that sounds of pure evil, I was inclined to check out With Inexorable Suffering after Our Place of Worship is Silence was announced to play Northwest Terror Fest next year; holy shit, I am stoked to see these songs live.  One of those rare albums where the album art somehow conveys nothing and everything about what the album inside contains, With Inexorable Suffering is at times claustrophobic, at times brutal, and at all times dripping with menace. 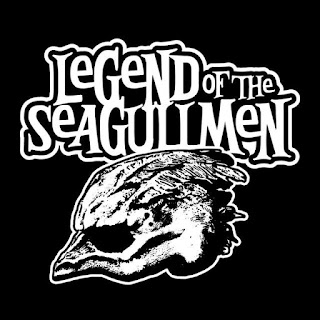 I'm a huge fan of Mastodon, but if it takes that band closing up shop to get Brent Hinds to sound as invigorated and exciting as he does in this nautically themed supergoup, I'd be all for it.  Legend of the Seagullmen is a thrilling, eclectic sonic odyssey that wrings laughs as well as gasps from the listener.  Hell, with Danny Carey on drums, I'd take more Legend of the Seagullmen over a new Tool album. 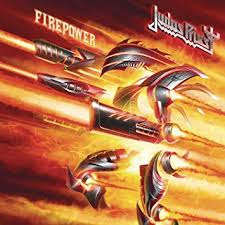 This is the first Judas Priest album that I've ever listened to, and I gotta say, based on Firepower, I think these young men from West Bromwich have a very bright career ahead of them.

4. Churchburn - None Shall Live... The Hymns of Misery 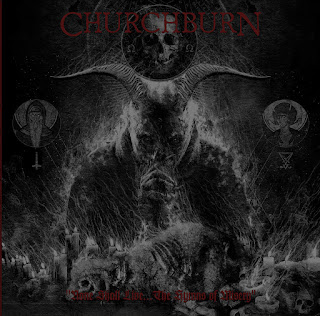 Dissonant, churning metal that plays like a venn diagram of death, doom, and sludge metals that's been blown up by dynamite, None Shall Live... The Hymns of Misery is a delightfully gloomy affair, and Churchburn should be absolutely proud of themselves.  Going from delicate melodies to driving riffs, all within the same aura of desolation, and all with aplomb, None Shall Live... feels like a blend of old and new school metal sensibilities, an album without a time that manages to incorporate some of the very best ideas from both time periods. 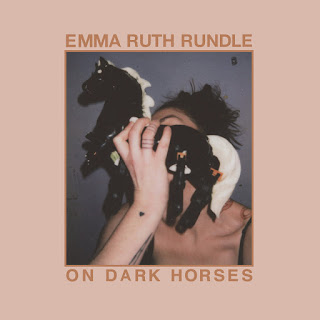 Effortlessly blending pop sensibilities and singer-songwriter chops with shoegazy rock, Emma Ruth Rundle hits a personal high with On Dark Horses.  Mick first introduced me to ERR via her 2016 album Marked for Death, and as much as I enjoyed that one, On Dark Horses absolutely blows it out of the water.  Dark, hopeful, yearning, beautiful, and heartbreaking all at once, On Dark Horses is a must-listen for anyone who enjoys music of any kind.  Of the albums on this list, this is the one I've listened to the most since mid-December. 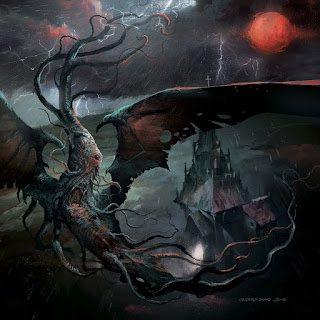 Blasting, driving Lovecraftian death metal, Sulphur Aeon first hit my radar in 2013 with their debut full-length Swallowed by the Ocean's Tide; over their two subsequent releases they've done nothing but improve and hone their sound, resulting in The Scythe of Cosmic Chaos being one of the best death metal albums I've heard in a long time. 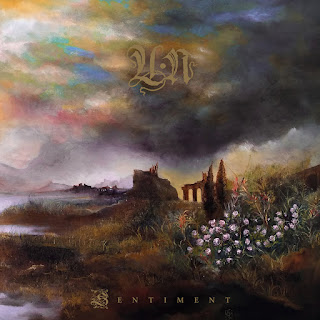 This miss is simply inexplicable.  I downloaded this promo the day we received it, I kept hearing people who had heard it speaking incredibly well about it, funeral doom is right up my alley... and I don't know, I just missed it.  Fucking glad I remedied that, because Un has created a massive, stellar achievement in Sentiment that absolutely deserves to be heard by as many people as possible.  Epically heavy without sacrificing melody, Sentiment is just so, so good... I really can't believe I could have been listening to this for so much longer than I have been.

Obviously recency bias is a very real thing, so it's hard for me to honestly gauge which of these albums would ultimately fold into my initial Töp 15 list, since I've only been listening to these ten albums for roughly a month.  If pressed, I would say Un and Sulphur Aeon make their way into my Top 10, and then ERR and Churchburn maybe show up in the bottom third; Squalus and Shadow Limb would definitely make my EP list.

I've seen a few people complain about year end lists, questioning whether or not the authors of those lists will actually continue to listen to the listed music in the future, as opposed to just churning out a list to have some content on their site.  While I think that's a valid criticism, putting together this list - a mere month after Brutalitopia posted our 2018 lists - exposed to me just what an exercise in futility it is to hear everything and then catalogue, critique, and rank it.  There will always be something new to discover from a given year, and that discovery could upend everything.  Instead of holding year end lists as gospels from the author, to be followed and revered for years to come, I choose to look at them as photographs, still-frames of a moment in time, that can be used to discover new music and maybe give a little bit of context to who the author was when they put it together.  I hope that my lists, as well as Mick's and Tom's, have brought some new music to your attention over the years.  We're hoping to be a little more active on the site in 2019, so thanks for sticking around.  I'm sure a year from now we'll all be looking back to 2019 and all the music still out there waiting to be discovered.