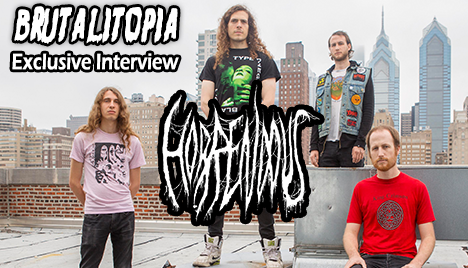 We have always been big fans of Horrendous, dating back to the release of The Chills. The band is now on album #4 with the 2018 release of Idol. They have become increasingly well known for their appearance on the 2017 Decibel Magazine Tour as well as having been critical darlings for quite some time. After all of this I had yet to see them live so when they announced a string of east coast album release shows I had to make my way down to Saint Vitus Bar in Brooklyn to see what they had in store. We talked this short tour, Horrendous in general, Idol and what the future would bring.

Interview after the jump.