Where Stride the Behemoths: Into the Storm and Wet Teeth, The New Faces of Mastadonian Sludge 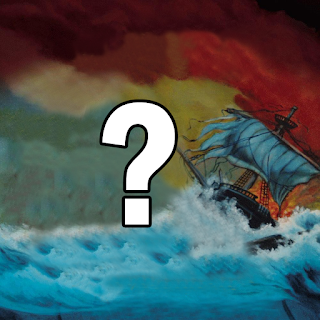 It's been long enough, so lets just say it: Mastodon are never, ever going to give us another Leviathan.  Or another Blood Mountain.  Crack the Skye 2 is also tremendously iffy.  The band that made those landmark albums has moved on, and you know what, that's ok.  Accept it.  Embrace it.  Be thankful that Brent, Troy, Brann, and Bill gave you those albums, and be happy for them for moving on, continuing to make the music they want, no matter what anyone else says.  It's not like you can't throw on "Hearts Alive" whenever you want anyway, so that's not why you're upset.  If you're honest with yourself, you'll probably agree that the biggest reason your soul pines for a "return to form" from the 'Don is because you miss that feeling of hearing a new, sludgy, guitar-driven adrenaline shot that is the aural equivalent of the swampy, humid, sweat-drenched dog days of summer.  You want something new that makes you want to crack open a cold one, sit  in a puddle of your own swamp ass on a lawn chair, and rock the day away in a blur, while still having enough moments that wow you out of your stupor.  Well guess what friends: you don't need Mastodon for that.  In fact, Into the Storm and Wet Teeth have all the sludgy filth you need to keep the party going all summer long. 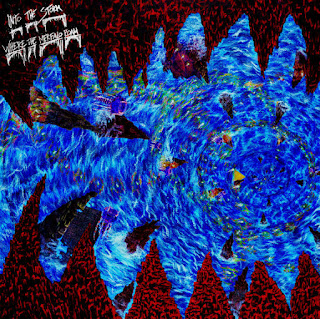 Into the Storm opens up Where the Merfalo Roam with "Truck Van Trailer," which itself begins with a riff that sounds like Think Lizzy on a potent strain of indica before blasting a freight train through the fuzz and into a ferociously driving banger.  The stoner fuzz/classic rock hybrid of "Truck Van Trailer's" opening riff carries through the album, sometimes appearing at the forefront of a song, sometimes just being a hint of a whisper buried in the mix, but it helps give Into the Storm some depth and variance that really sets the band apart.  The awesomely named "I Gotta Get the Bees Outta My Teeth" starts off sounding like it's going to be a straightforward, hardcore-tinged two and a half minutes of primal fury until it isn't, escalating the energy by pulling back the tempo of the riffs to perfection.  Listening to "I Gotta Get the Bees Outta My Teeth" (seriously, that TITLE!!!), I realized that it sounds like both a slowed-down Nails song AND a (massively) sped up Bell Witch song, which is a pretty cool trick to pull off.  "Wellwisher" has relatively muted and melodic instrumentation, over which Into the Storm's trio of vocalists absolutely lose their goddamned minds, creating a wonderful dichotomy.

Speaking of wonderful, "Maturin" gets the "It's Progressive; Fuck it Why Not?!?!" award for its excellent brass section playing over a fantastic array of plucked riffs; honestly, as much as I enjoy the heavy back half of the song, I definitely wish those horns would have stuck around.  The last two tracks on the album, "Jobbernaught" and the title track feel like the sum of Where the Merfalo Roam's parts; heavy, driving riffs, scaled back melodies, differing time signatures and tempos, and a sense that the band can (and will) go anywhere it damn well pleases in the search for a great tune.  "Where the Merfalo Roam" is especially great in this regard, as well as packing in the perfect amount of catharsis for a closing track.  I commented to Mick and Tom the other day that I get inexplicable joy when I see that bands put the title track as the last song on the album; "Where the Merfalo Roam" is an absolute confirmation that I'm on to something.  Where the Merfalo Roam is out November 11th on Alive and Breathing Records; sadly there are no songs up for me to embed just yet, but it's only a couple months out, and definitely worth the wait. 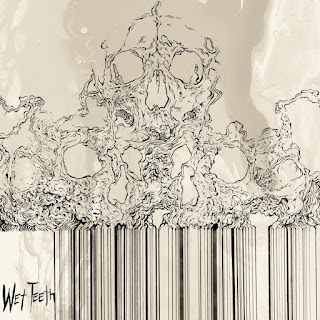 Wet Teeth's self-titled debut came out in February of this year, at which point I listened to it, enjoyed it, and promptly forgot about it until June; in my defense, a lot of other really cool stuff was coming out (also, and never forget this, I am a buffoon).  What really stood out to me about Wet Teeth (and Wet Teeth) was that the vocals and music sound like they are from two different bands, yet they work together pretty flawlessly.  Musically, I'm sure you'll be shocked to hear that Wet Teeth sounds like early, sludgy Mastodon.  Vocally, I was reminded most of a (weird) hybrid of Thrice's Dustin Kensrue and Every Time I Die's Keith Buckley.  A lot of great vocalists go up and down their vocal range and switch from clean to harsh vocals with ease, but Wet Teeth's Dan Wilburn, like Kensrue and Buckley, makes it sound like he's working.  That's not a complaint or a criticism, as he pulls off everything he goes for, but there's something awesome about hearing a singer sound like he's working for it.

Musically, Wet Teeth has some crushing songs, some heavy songs, and some songs that make you feel like you're about to be trampled by a stampede of elephants.  Outside of instrumental interlude "A Night in the Heart of the Sun" (again, KILLING IT with the song name), most of Wet Teeth sticks to the tried and true ideology of "play hard, play well, and throw some killer vocals over it."  And it works.  "Walk Through the Fire" is pleasantly ominous, like listening to the thunder while you watch a squall line move in, and "Dead Weight" is pop-radio levels of catchy while maintaining a heaviness many bands would kill for.  The intro of "The Illusionist" brings Mastodon's "Ol'e Nessie" directly to mind, before going a different direction and closing the album out on a high note.

I'm as guilty as anyone of saying something is the greatest, only to have it disappear from my Recently Played list two weeks later, and to that end I don't know that Where the Merfalo Roam or Wet Teeth will ever become the classics that Leviathan and Blood Mountain are.  That doesn't mean they aren't worth your time though.  Into the Storm and Wet Teeth accomplished what they set out to do, making ferocious, riff-fueled metal that dips into the progressive and melodic as the bands deem fit, and is a hell of a lot of fun to listen to.  Where the Merfalo Roam and Wet Teeth scratch an itch that a lot of folk thought would never be scratched again, because they were so intently focused on one back-scratcher they ignored all the other options.  I'm one of those people, and believe me, it feels much better to be itch free than to keep waiting for a scratch that isn't coming.

- Durf
Posted by Brutalitopia at 8:51 AM